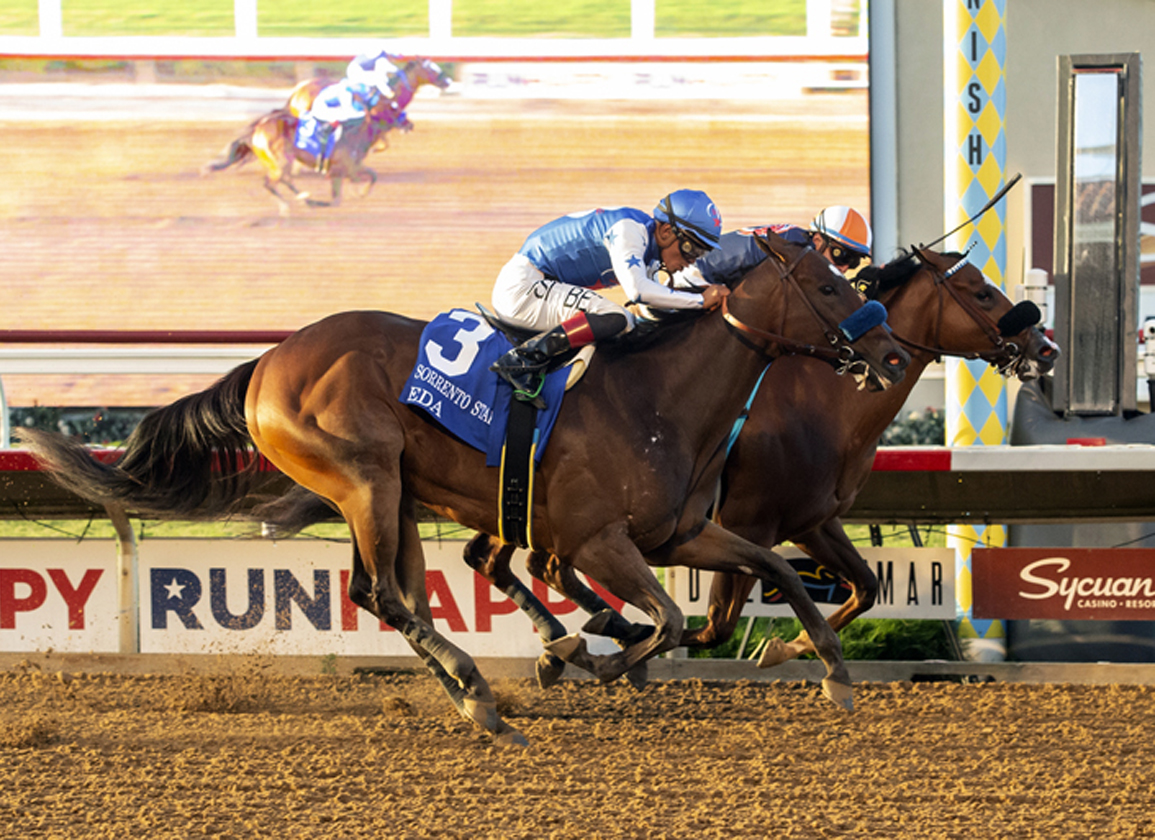 Little Red Feather Racing's Elm Drive (Mohaymen) and Baoma Corporation's Eda (Munnings), who were separated by just a head after battling the length of the stretch in the GIII Sorrento S. Aug. 6, renew their rivalry in the GI TVG Del Mar Debutante Sunday. Elm Drive, trained by Phil D'Amato, romped by eight lengths in her five-furlong debut at Los Alamitos June 26 and refused to let Eda by when winning the six-furlong Sorrento.

Eda has yet to finish in front in her two-race career. The Bob Baffert trainee inherited the victory via disqualification after finishing a nose runner-up in her June 19 debut and couldn't get by a determined Elm Drive in the Sorrento.

Michael Lund Petersen, who enjoyed Grade I success at Saratoga last weekend when his champion Gamine (Into Mischief) won the GI Ballerina S., will look to double up on the West Coast when Grace Adler (Curlin) goes postward Sunday at Del Mar. Co-owned with Willow Grace Farm and trained by Baffert, the $700,000 Fasig-Tipton Saratoga purchase battled to a 3/4-length debut score going five furlongs at Del Mar July 31. She enters the seven-furlong Debutante off six-furlong drills Aug. 23 and Aug. 30.

Baffert has won the last two runnings of the Debutante, with Bast in 2019 and Princess Noor in 2020, and has won the race nine times since 1995.