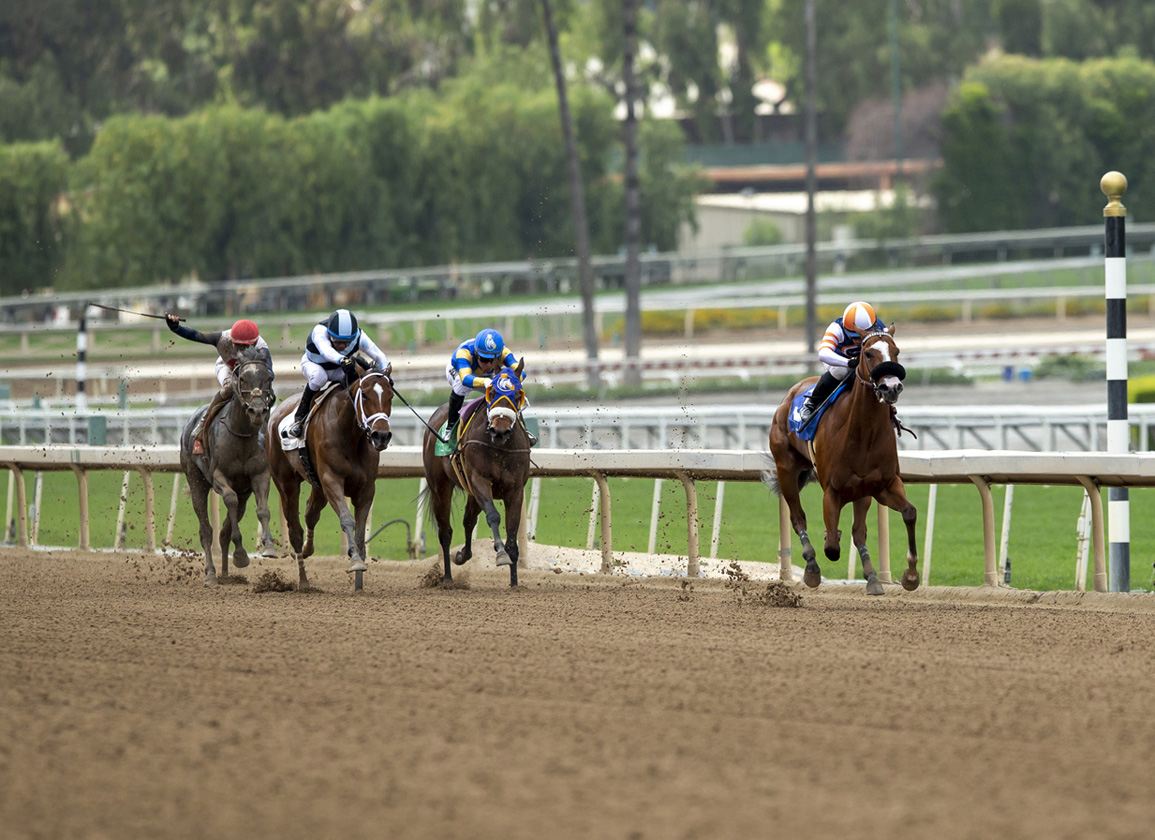 Elm Drive took command of the Angels Flight S. and never looked like anything but the winner in an eye-catching 3-year-old bow reminiscent of her early juvenile form.

As brilliant as she was on unveiling June 26 at Los Alamitos, where she dominated a five furlong field of maidens by eight easy lengths, and then a head victorious in Del Mar's GII Sorrento S. Aug. 6 over eventual GISW Eda (Munnings), she was as uncharacteristically dull in her prior two starts. Eased to a distant seventh in the GI Del Mar Debutante Sept. 5 and last Oct. 10 in the 1 1/16m GII Chandelier S. at the Great Race Place, Elm Drive wasn't seen again until this return to one turn contests.

With the scratch of old foe Eda, overcoming a bumper car start to speed to the lead was a breeze; the 2-1 co-second choice had everything her own way as she cruised through a :23.59 opening quarter and a :46.66 half. The big white blaze emerged first into the lane, three on top and going well, and Elm Drive comfortably held off a late rally by Kirstenbosch (Midnight Lute).

“She broke sharp and just showed she was in command every step of the way and a had a little extra to kick away in the stretch,” said trainer Philip D'Amato, the current leader in trainer standings with 38 wins and one more than Bob Baffert for the lead in stakes victories, with 12. “I'm very happy with her comeback. Seven eighths is a tricky distance to win at off the bench and I'm glad we did it. I think she'll get a lot out of this race.”

Elm Drive is her dam's second black-type runner and fifth winner from five older offspring to survive. The mare has a yearling colt by Accelerate and a 2022 colt by Volatile. Click for the Equibase.com chart or VIDEO, sponsored by TVG.