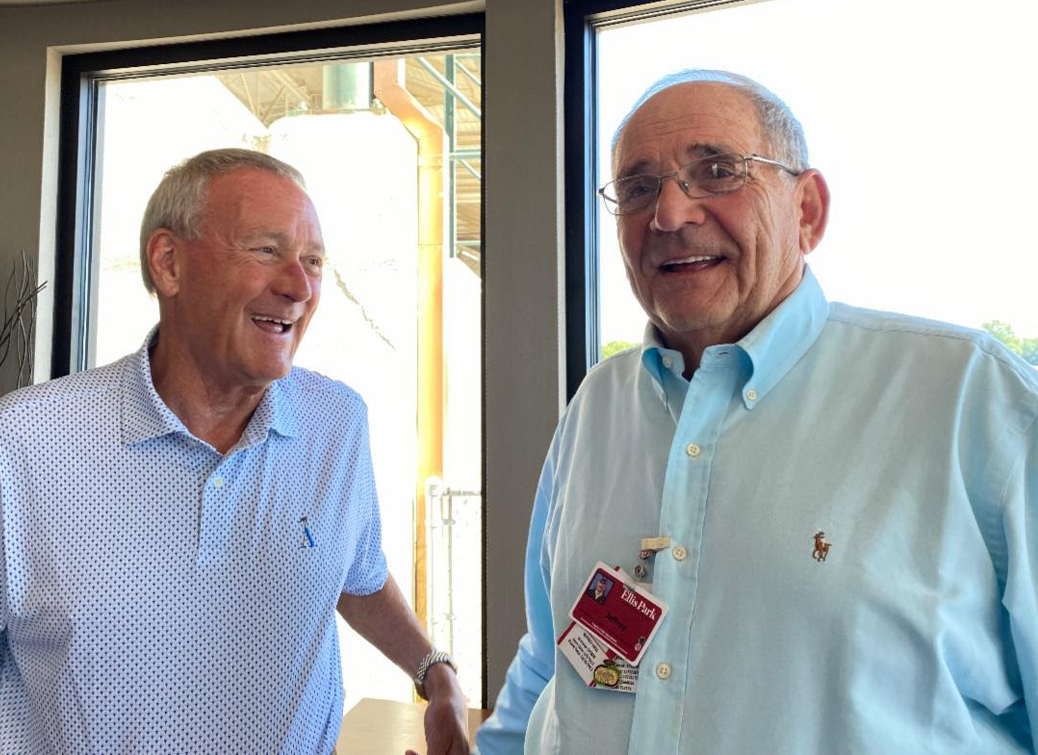 Jeff Hall–Ellis Park's popular director of racing operations who began his more than 50 years at the track by parking cars as a teenager–passed away Saturday morning at University of Louisville Health-Jewish Hospital. He was 75. A lifelong resident of Henderson, Hall was known for his strong local connections in the Tri-State region, his deep love of horse racing and his knowledge of how the different components of a track worked and were interrelated.

“When we lost Jeff Hall, we lost on both sides of the river,” said Ellis Park-based trainer John Hancock, who had a particularly close association with Hall, including with his work as a Kentucky HBPA board member. “Jeff Hall was a horsemen's track manager. His door was open at all times. He would listen at all times, and he would do his best to get done what needed to get done. He always had a smile. He was always there when we needed him.”

“I started nearly every day at Ellis by getting myself a cup of coffee and spending my first 10-20 minutes with Jeff,” said Ellis Entertainment LLC General Manager Jeff Inman. “Just because his optimism and energy gave me a boost to start the day off. He loved this place and he loved the sport; but most of all, he loved the people here. I appreciated his knowledge, but it is his friendship that will always stay with me.”

Hall graduated from Henderson (City) High School and Western Kentucky University. He worked for years at Black Equipment selling heavy equipment and at one stage worked in the oil business. Through most that time, Hall also worked summers at Ellis Park, starting out as a mutuel clerk and advancing to full-time work as mutuels director to general manager to concentrating on the racing component as director of racing operations. Hall's career in racing spanned six ownership groups at Ellis Park, dating back to when Lester Yeager ran the track for the heirs of James C. Ellis.