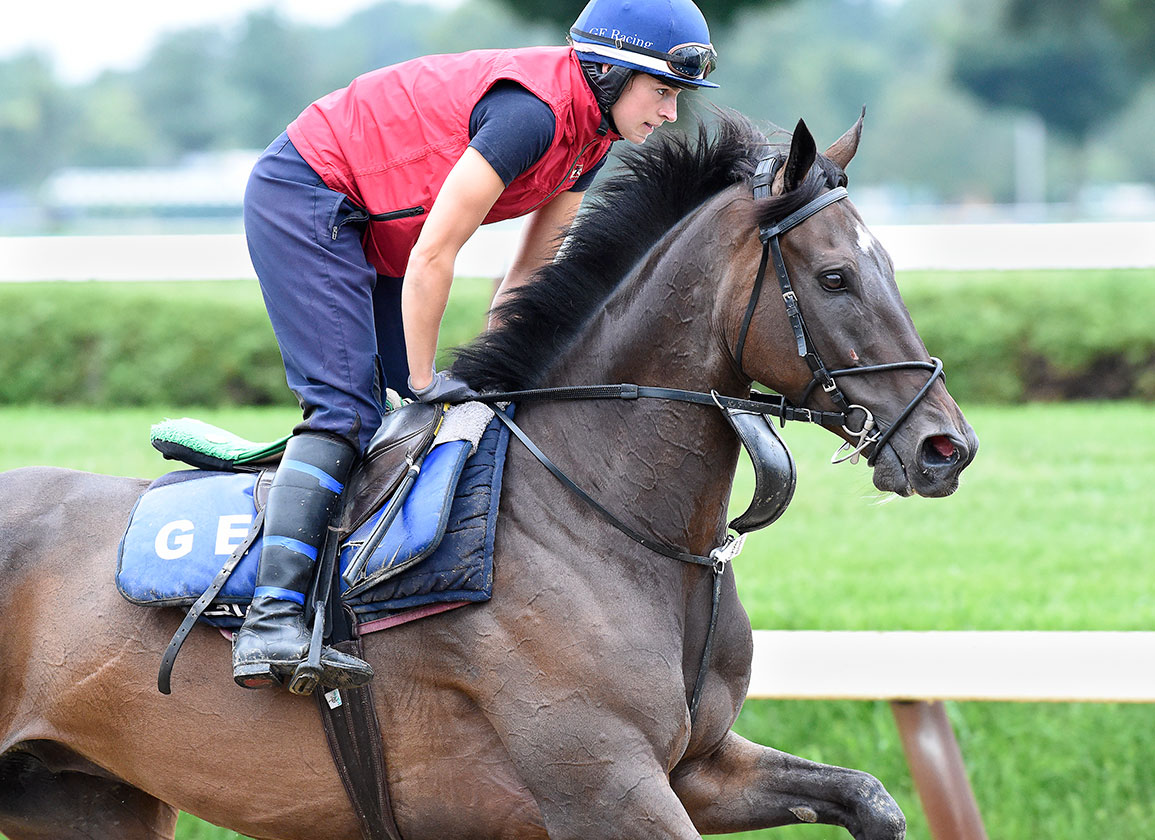 A British expat steeplechasing enthusiast once commented that many overseas jumps trainers are so focused on their home ground that they could not find America on a world map. Gordon Elliott, the master of Cullnetra House in Ireland's County Meath, suffers from no such geographic shortcoming.

He has made repeated forays to the United States, and in recent years has had significant success, especially at the rich Far Hills Races in New Jersey each October. Three years ago, he brought over Eshtiaal (Dynaformer) for a good second in the G1 Grand National.

Last year, he shipped in Zanjabeel (GB) (Aussie Rules) for an easy victory in the Foxbrook Champion Hurdle at Far Hills. Sold to American interests, the now 5-year-old Zanjabeel is the National Steeplechase Association's leading earner this season.

Elliott is loading up this year and firing at Saratoga Race Course's G1 $175,000 New York Turf Writers Cup H. on Thursday. He will saddle two contenders, both race-hardened veterans who already have been purchased by American interests.

Clarcam (Fr) (Califet {Fr}) is coming off the biggest win of his career, a 33-1 stunner in the €250,000 Thetote.com Galway Plate Steeplechase on Aug. 1, when he opened a gaping lead and won by six lengths. The 8-year-old is now owned by Rosbrian Farm and Wendy and Ben Griswold, who also own Zanjabeel.

Highweighted at 158 pounds for the 2 3/8-mile New York Turf Writers, Clarcam was rated as the 2-1 favorite in the Saratoga program line.

The Game Changer (Ire) (Arcadio {Ger}), now owned by Rosbrian, has more than 50 starts and has earned in excess of $400,000. The 9-year-old won an allowance hurdle in Ireland in June.

Rosbrian will also be represented by another newcomer to American racing, Optimus Prime (Fr) (Deportivo {GB}), who is trained in Pennsylvania by Ricky Hendriks. A 6-year-old, he has proven adept over England's bigger steeplechase fences.

The American contingent in the nine-horse field is not without some firepower of its own. Jonathan Sheppard will saddle Buttonwood Stable's All the Way Jose (Senor Swinger), a disappointment this year after strong Grade 1 performances last fall, and Hudson River Stables' Iranistan (Einstein {Brz}), who tasted defeat for the first time over fences in Saratoga's G1 A. P. Smithwick Memorial on July 30.