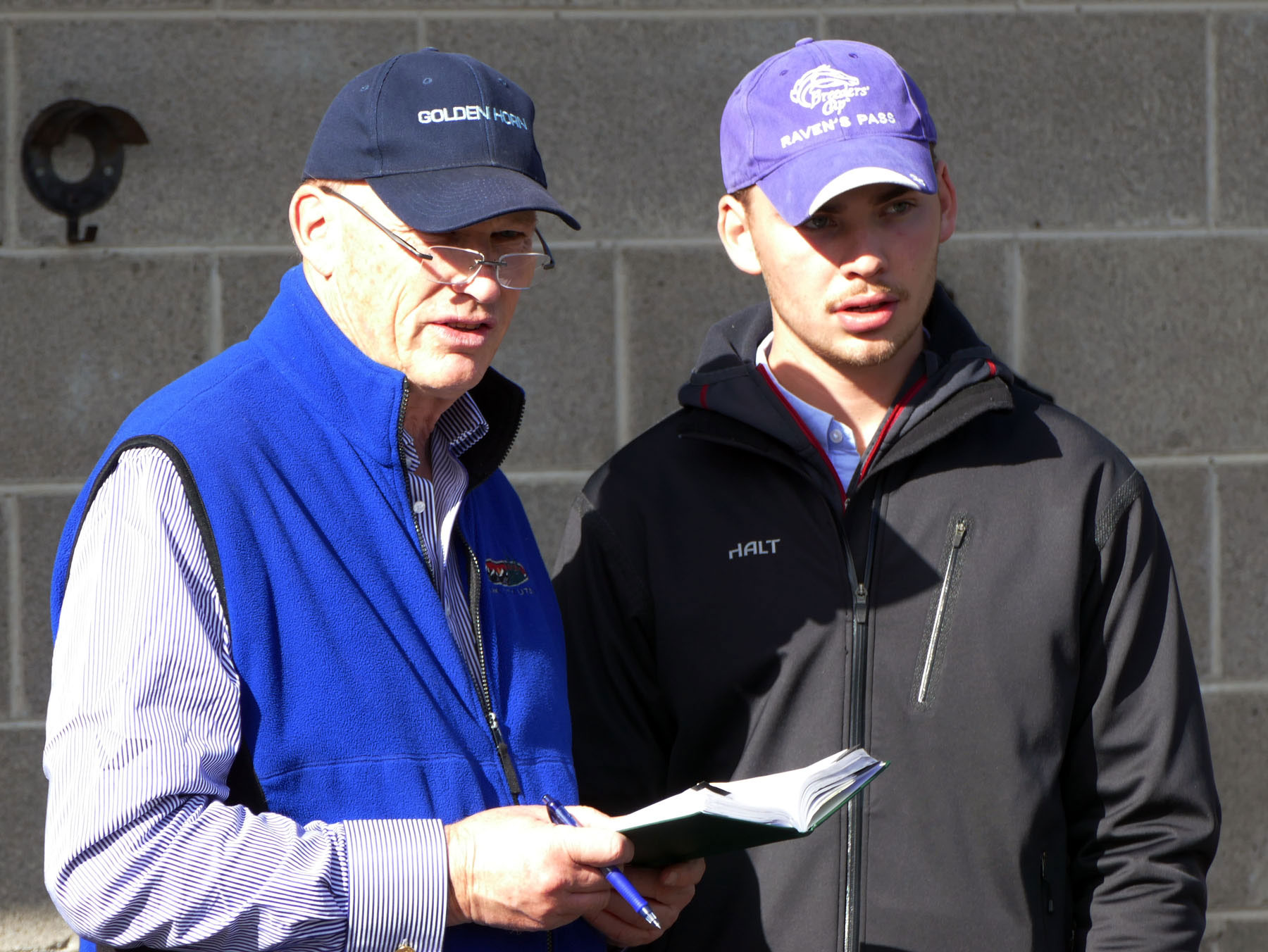 There was just the one withdrawal from Friday's £550,000 G1 Cazoo Oaks on Wednesday, with the removal of Kirsten Rausing's G3 Musidora S. third Ching Shih (Ire) (Lope de Vega {Ire}) meaning that 11 fillies will head postward for the Epsom Classic. The John and Thady Gosden-trained market leaders and TDN Rising Stars Emily Upjohn (GB) (Sea the Stars {Ire}) and  Nashwa (GB) (Frankel {GB}) have been drawn alongside each other in five and six respectively, while of Ballydoyle's quartet Coolmore and Westerberg's 1000 Guineas third and Irish 1000 Guineas runner-up Tuesday (Ire) (Galileo {Ire}) has been drawn in one away from the Irish Guineas third Concert Hall (Ire) (Dubawi {Ire}) in stall 10. Ryan Moore is on Tuesday, with Seamie Heffernan taking the mount on Concert Hall.

Epsom was hit by heavy rain 12 months ago and the potential is there for it to happen again on Saturday according to Clerk of the Course Andrew Cooper. With 12 millimetres of rain having fallen since Monday, the going was officially good-to-soft, soft in places on Wednesday but the forecast is volatile as the Blue Riband approaches. “It has brightened up and we are heading into what looks like two dry days with temperatures around 20C, and then heaven knows what is going to happen on Saturday,” he said. “On the basis of where we are now with what we think will happen as far as Friday is concerned, I can see us being at or near good ground and maybe just on the slow side in places. Cazoo Derby day has got the potential to be a bit of a deluge, but you wouldn't know. There is a lot of uncertainty with timings, quantities and that sort of thing. But Saturday, certainly, there is a risk of rain.”

No sooner had Prince Faisal's Eydon (Ire) (Olden Times {GB}) been committed to Saturday's G1 Cazoo Derby was he confirmed a non-runner by Roger Varian having met with a setback. The 2000 Guineas fourth was one of six scratches from Sunday's G1 Prix du Jockey Club on Wednesday, with Epsom the target but his trainer announced late in the afternoon that the homebred will miss all weekend Classic engagements. “Sadly Eydon will miss the Derby at Epsom. He has met with a minor setback which will keep him from running on Saturday,” he tweeted. “While it is of course hugely frustrating to miss a Classic opportunity, we will look forward to the rest of the season with Eydon and he remains a very exciting prospect for his owner, Prince A A Faisal.”

Other high-profile withdrawals from the Chantilly Classic were The Queen's Reach For the Moon (GB) (Sea the Stars {Ire}), The Aga Khan's Erevann (Fr) (Dubawi {Ire}) and Star of India (Ire) (Galileo {Ire}) who forms part of Ballydoyle's Derby team.