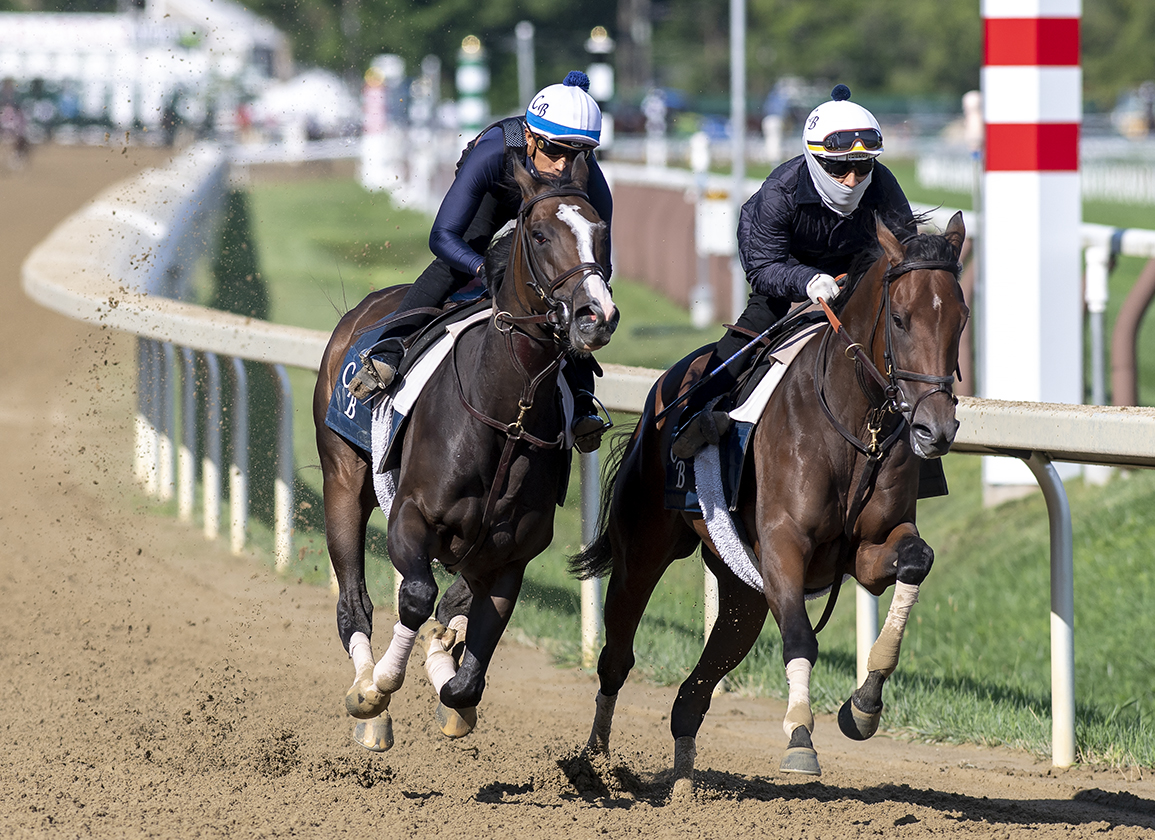 Slightly favored on the morning line is Klaravich Stables' Search Results (Flatter), who, if not for the length of a Malathaat neck, may herself be favored for champion 3-year-old filly honors as the calendar turns to the season's second half. A four-length debut victress Jan. 3 at Gulfstream, the $310,000 Keeneland September purchase repeated with a pair of scores in the Busher Invitational S. and GII Gazelle S. at Aqueduct before falling just short when runner-up in the GI Longines Kentucky Oaks. She got right back to business with a hard-fought success in the GI Acorn S. June 5 at Belmont, a race out of which the second and third finishers will re-oppose.

The runner-up that day was Juddmonte Farms' Obligatory (Curlin), but the ascendant homebred may have run the best race, closing into a slow pace to miss by a half-length and getting her final quarter in a sharp :23.74. Prior to that, the gray was a visually-impressive maiden winner at Gulfstream, and after a disappointing fourth in the GII Twinspires.com Fair Grounds Oaks, upset the GII Eight Belles S. at 16-1 in a last-to-first flourish.

The top two from June 26's GII Mother Goose S. at Belmont also re-engage here. The winner that day, Shadwell Stable's Zaajel (Street Sense), was the longest shot on the board at 18-1, improving her career-high Beyer by 23 points to 96, while the runner-up, 'TDN Rising Star' Always Carina (Malibu Moon), suffered her first defeat after going two-for-two by a combined 13 3/4 lengths to start her career.

Overachieving Bella Sofia (Awesome Patriot) will get the acid test after two dominant scores in three starts to open her account. Crushing maiden special weight foes by 11 1/4 lengths debuting at 8-1 May 6 at Belmont, the $20,000 ran a good second when thrown into stakes waters in the Jersey Girl S. there June 6 and came right back to romp by 6 1/2 lengths over allowance rivals July 11 at Big Sandy.

Rounding out the field are Souper Sensational (Curlin), an impressive victress of the GIII Victory Ride S. last out July 10 at Belmont, Make Mischief (Into Mischief), third in both the Eight Belles and Acorn, and Illumination (Medaglia d'Oro), an eight-length maiden winner last out who will be previously-suspended trainer Bob Baffert's first starter at Saratoga since he was granted injunctive relief by a judge.