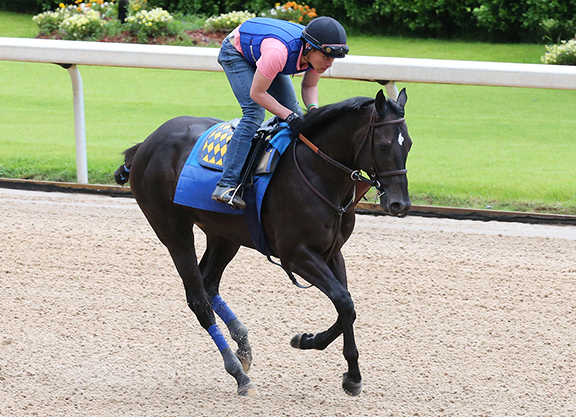 Grade I-winning 'TDN Rising Star' Eight Rings (Empire Maker) makes his seasonal bow Saturday in Oaklawn's Bachelor S. An impressive debut winner at Del Mar Aug. 4, the $520,000 KEESEP buy ducked in sharply at the start of the GI Del Mar Futurity S. Sept. 2, bumping his neighbor and losing his rider. The dark bay returned with a decisive score in the GI American Pharoah S. at Santa Anita Sept. 27 and could only manage sixth in the GI Breeders' Cup Juvenile in Arcadia when last seen Nov. 1. Eight Rings enters this test off a string of bullet works, most recently covering five panels in :59 flat (1/29) Apr. 17 in Hot Springs.

“I would have preferred like seven-eighths or a mile, but he's in, he has a good post and he's doing really well,” Hall of Famer Bob Baffert told the Oaklawn notes team. “He's a really good horse and he worked really well there.”

Steve Asmussen sends out a pair of live contenders in Little Menace (Into Mischief) and Echo Town (Speightstown). Graduating by 7 3/4 lengths at second asking at Churchill Dec. 1, the bay captured an optional claimer at Oaklawn Feb. 2 and was second to the re-opposing Long Weekend (Majesticperfection) in the track-and-trip Gazebo S. last time Mar. 21.

Echo Town opened his account at Fair Grounds Jan. 18 and was third next out in an optional claimer over this course and distance Feb. 23. The bay bested allowance company by 3 3/4 lengths in the slop here last out Mar. 13.