Ed Vaughan To Train In Kentucky 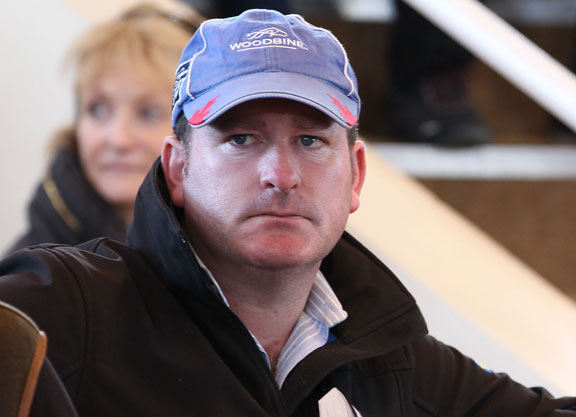 Ed Vaughan confirmed via Twitter on Saturday that he will continue his training career in the U.S. from a base at Keeneland in Kentucky. Vaughan announced in July that he was winding down his Newmarket stable of around 25 horses, citing concerns about the financial viability of training in the UK.

“As everyone is aware, with the reductions in prize-money and the cost of running a business being so high, the economics of training in Britain are not good,” Vaughan said at the time. “I'm taking this decision now because I can see things getting worse in the next year.”

Vaughan, whose best runner was this year's G2 Princess of Wales's S. and last year's G2 Prix de Pomone scorer Dame Malliot (GB) (Champs Elysees {GB}), told Owner Breeder magazine recently, “I came out ahead of the sales at Keeneland. I bought one there and received another for an English-based syndicate. If I started with around a dozen horses I'd be very pleased.

“Moving to the U.S. had been on my mind for a long time. I just needed to work the logistics out. Fortunately some horses that I trained in England have come over to Kentucky.”

Vaughan said he expects to have his first U.S. runners around the end of January.