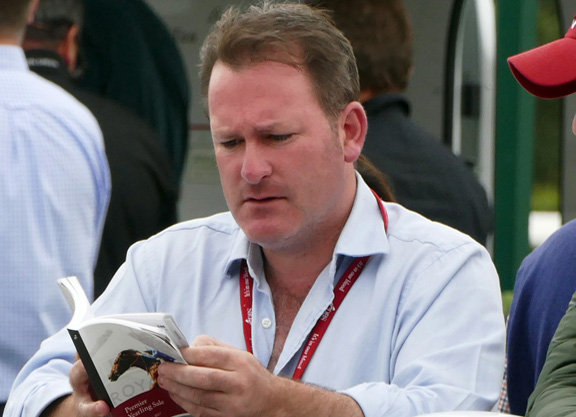 Ed Vaughan, who last week sent out the Anthony Oppenheimer homebred Dame Malliot (GB) (Champs Elysees {GB}) to win the Group 2 Princess of Wales’s S. at his home track of Newmarket, has announced that he will relinquish his training licence at the end of the 2020 season.

The Irish-born trainer said, “I haven’t just woken up and decided to do this. It’s been on my mind for a while and now seems the right time to finish up training here in the UK. As everyone is aware, with the reductions in prize-money and the cost of running a business being so high, the economics of training in Britain are not good. I’m taking this decision now because I can see things getting worse in the next year.”

He added: “I wouldn’t rule out training elsewhere, but with 25 horses, as we have here, I just don’t see a future for doing that in the UK because I think things are going to get very tough when we are already in the situation where we have prize-money that hardly covers the cost of keeping a horse in training for a month.”

A graduate of the Irish National Stud course, Vaughan’s varied roles within the racing industry include a four-year stint in America as well as being involved in the breaking-in of Dubai Millennium when working for Darley in Ireland. Prior to training in his own right, he was assistant to dual Cheltenham Gold Cup-winning trainer Noel Chance in Lambourn, before filing the same role for the late Alec Stewart at Clarehaven Stables in Newmarket.

In recent seasons, his star performer has been the dual Group 2 winner Dame Malliot, whom he hopes to run in Group 1 company before the end of the season. Vaughan also trained G3 Winter Derby winner Robin Hoods Bay (GB) (Motivator {Ire}) for the first patron of his stable, Alan Pickering, after the trainer bought him for 9,000gns as a yearling. He has also formed a successful partnership with bloodstock agent Paul Moroney in selling horses on to race internationally.

Vaughan said: “I’ve trained horses here to continue their careers in places like Australia after putting a European-style base to their training, and they’ve gone on and done very well down there, winning several races and some of them won over $400,000. I have a good idea of the type of horse that’s required and the level and style of racing you need for various jurisdictions. We’ve also done well selling horses to Hong Kong and America.”

Reflecting on his 16 years with a training licence, including the last nine seasons at Newmarket’s historic Machell Place Stables, he added, “Alan [Pickering] has become a valued friend and I would like to express my gratitude to all my owners and to my staff for their continued support. A special mention is due to Anthony Oppenheimer: we’ve shared plenty of success together, most recently with Dame Malliot. I must also thank Colin Murfitt, who has been a wonderful landlord, owner and friend over the years.”

He added, “There have been some great days, and I feel blessed to have met some wonderful people along the way.  All these friendships I can take with me on the next stage of the journey, which will be somewhere in this industry that I love.”