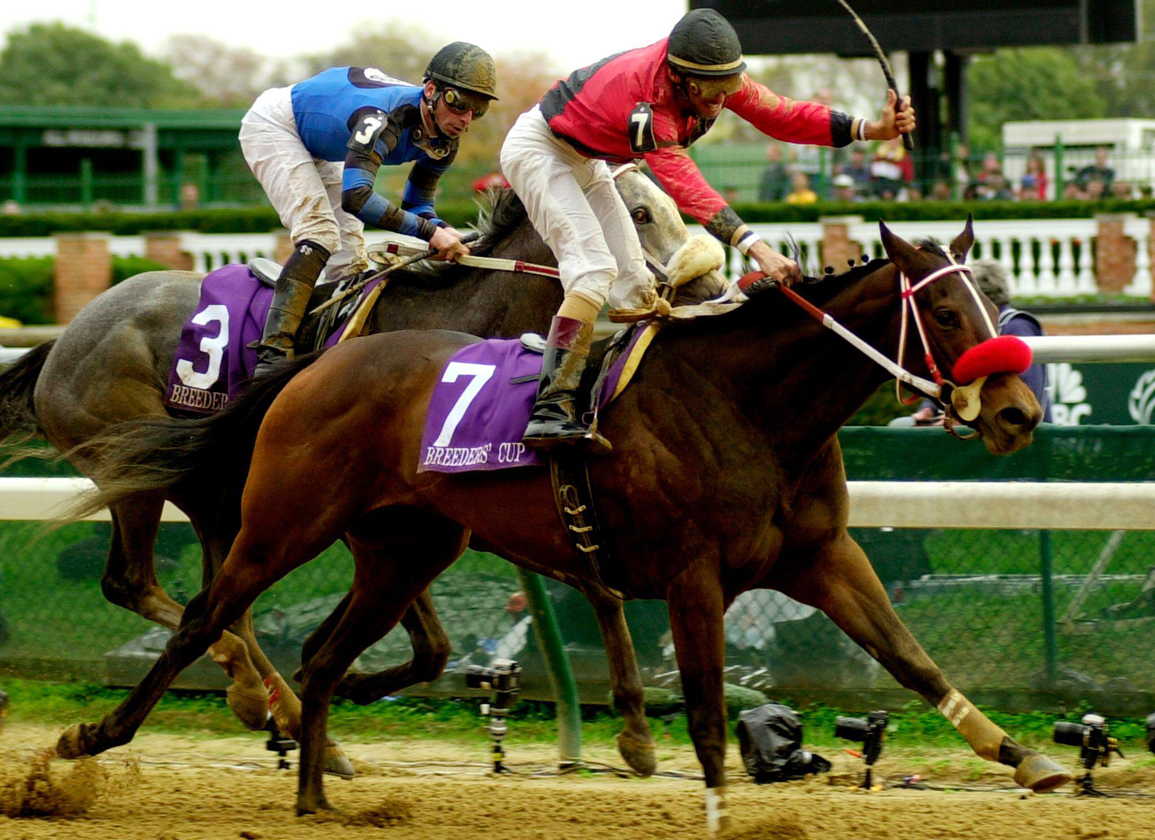 Caressing (Honour and Glory–Lovin Touch, by Majestic Prince), the dam of Eclipse Award winner West Coast (Flatter), passed away due to laminitic conditions at Hermitage Farm Sept. 14. She was 23 years of age and was laid to rest between the paddocks and next to the foaling barn at the Kentucky nursery.

Bred by Brereton C. Jones, Caressing was purchased by Hermitage's Carl Pollard for $180,000 at the 1999 Keeneland September Yearling Sale and was a maiden winner at second asking before adding a seven-length victory in the Bassinet S. at River Downs. Runner-up in the GIII Arlington-Washington Lassie, the dark bay belied odds of 47-1 in the GI Breeders' Cup Juvenile Fillies, giving young jockey John Velazquez the second of his 18 championship victories to date and securing the Eclipse Award. She added the GIII La Troienne S. and GIII Singapore Plate at three and retired in 2002 with five wins from 18 starts and earnings of $955,998.

The dam of GSP duo of Gold Hawk (Empire Maker) and Juan and Bina (Indian Charlie), Caressing produced a colt to the cover of Flatter in 2014. Ben Glass, agent for Gary and Mary West, had a budget of $350,000 when the colt went through the ring at Keeneland September in 2015, but Glass went to $425,000 for Caressing's eighth foal. Turned over to Bob Baffert, West Coast made up for lost time at three, winning the Easy Goer S. and the GIII Los Alamitos Derby before defeating each of the Classic winners from 2017–GI Kentucky Derby hero Always Dreaming (Bodemeister), GI Preakness S. winner Cloud Computing (Maclean's Music) and GI Belmont S. victor Tapwrit (Tapit) in the GI Travers S. His third-place effort to Horse of the Year Gun Runner (Candy Ride {Arg}) cemented the 3-year-old championship. Now standing at Lane's End, West Coast is represented by his first crop of yearlings this year.

Caressing is the dam of the Pollard-owned 2-year-old colt Touch Code (Honor Code), in training at Saratoga with Bill Mott and a yearling colt by Gun Runner that also be retained.