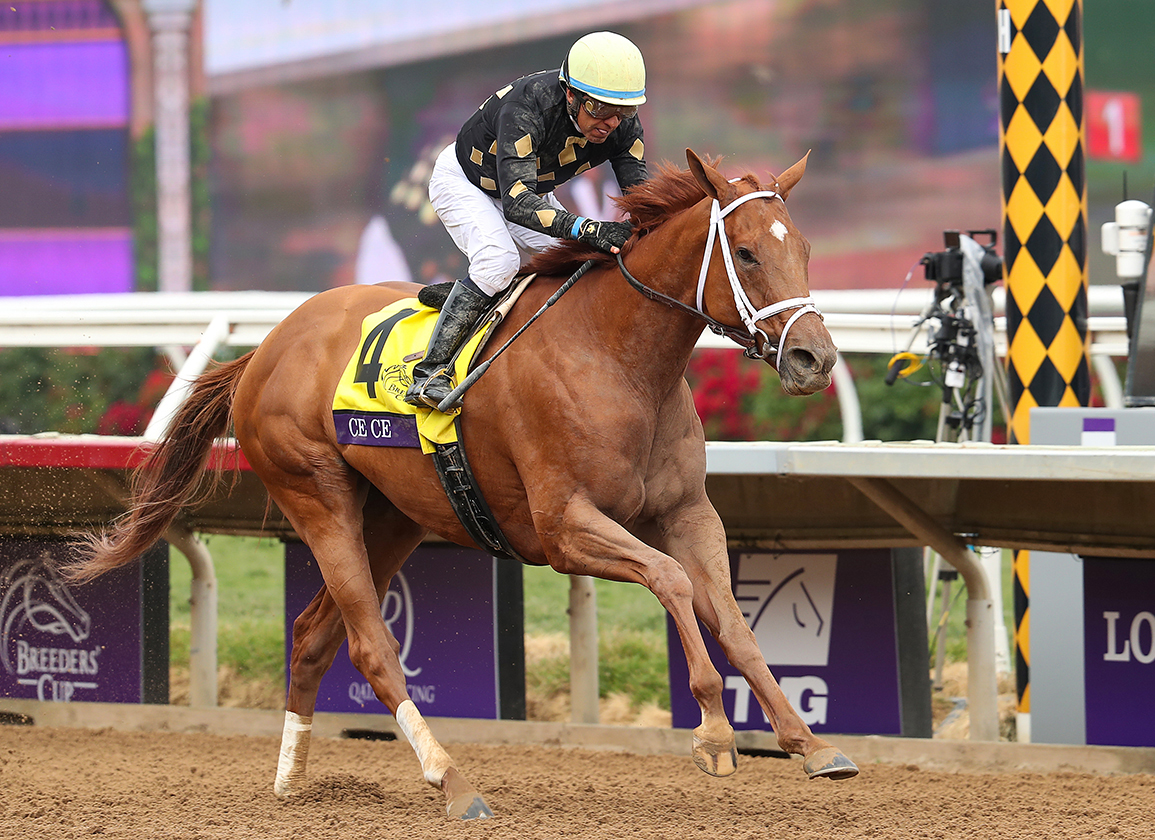 A run in the Santa Monica would come five days before the 2021 Eclipse Award ceremonies, where Ce Ce is among the three candidates for champion female sprinter.

“We're very proud of her being a finalist for an Eclipse Award,” McCarthy said of the Bo Hirsch homebred. “I thought her year was very good. She shipped a few times and ran respectably wherever she went. Her Breeders' Cup performance was dominating.

“We're leaning this way [Santa Monica], but I'm going to keep all my options open,” he added.