Home » Archive » Europe » EBF An Outstanding Example Of Self Help

EBF An Outstanding Example Of Self Help 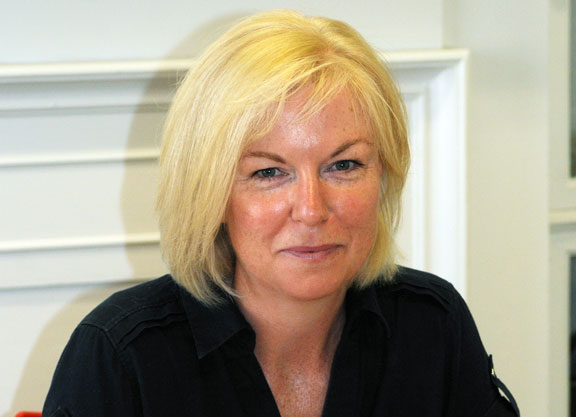 The racing industry has a colourful history of self-help schemes, and one which has stood the test of time more robustly than most is the European Breeders’ Fund (EBF), which is now in its 35th year.

Like the European Pattern, the EBF has the fingerprints of the late journalist, bloodstock advisor and former TBA president Peter Willett all over it. Willett’s vision in establishing, in the early 1970s as part of the Norfolk Committee, a system by which the best Thoroughbreds are tested and graded each season is now the accepted norm as we talk of black-type races and group winners. Just as we can rely on pattern races to establish an equine hierarchy, so we have we come almost to take for granted the huge financial boost to the sport on a near-daily basis from the EBF.

The scheme funded by contributions from stallion owners is not an original concept. In Willett’s initial notes on the EBF from 1983, he was keen to give credit where it was due, writing, “It is vital to appreciate that the EBF drew its inspiration from the American Breeders’ Cup scheme, whose inception preceded it.”

Indeed, the Breeders’ Cup and EBF were happy bedfellows until 2011 when the longstanding cross-registration agreement ended. Since then, American-based stallions, and others from outside the EBF member countries, have been allowed to be nominated to the scheme, meaning that any of their progeny which end up running in Europe will be eligible for the myriad races which receive support from the EBF. Individuals by sires which are not currently EBF-registered can be signed up by a one-off payment from their owner.

“Overall we have around 650 stallions registered and the pool generally sits at around €5-million per year. We’re also bringing in about $1.4-million from Japan and America–and that’s a mix of stallion registrations and nominated horses,” says Kerry Murphy, who became chief executive of the EBF at the beginning of 2013 on the retirement of Sam Sheppard, who had held the post since the EBF began.

“When we had the cross-registration link with the Breeders’ Cup prior to 2011 we actually had more stallions–there were over 700 back then–but when that Common Fund Agreement ended the number reduced,” Murphy added.

Studs participating in the scheme from America include Lane’s End Farm, Calumet, Juddmonte, Shadwell, Ramsey Farm, Gainesway and Adena Springs, while Hill ‘N Dale Farms has recently added Flintshire (GB) to the list. Deep Impact (Jpn) has been among those registered by Shadai Stallion Station since 2014, and he heads a list of 17 Japanese stallions with EBF-eligible status. In total, the number of ‘international’ sires now stands at 40, a rise from just 12 in 2013.

Murphy notes, “The change we have really noticed is in the number of stallions covering an increased number of mares. We set the fees for each stallion on a graduated payment scheme. The majority of stallions–around 400 in Europe–are covering fewer than 65 mares, but those now covering more than 120 mares has gone up from 50 to 83.”

From these yearly payments into a rolling fund, the EBF has now committed more than €120-million to prize-money through race sponsorship in Europe. The Irish wing of the EBF is in fact the biggest sponsor of racing in Ireland, while its British counterpart (BEBF) is the third-largest sponsor of British racing.

With Philip Freedman as chairman, the co-ordinating committee of the EBF, whose member countries are Britain, Ireland, France, Germany and Switzerland, meets three times annually. Italy is temporarily suspended from the EBF owing to ongoing governance and funding issues within the country’s racing programme.

Murphy explains, “It’s a really strong committee of people from within the industry and we are grateful for all the knowledge and experience that they bring with them. In France we have Criquette Head-Maarek and Henri Pouret, who is the director of racing at France Galop and a very dynamic new member of the committee. From Ireland we have John O’Connor and Joe Foley, from Britain we have Philip Mitchell and Julian Richmond-Watson, and we also have representatives from Germany and Switzerland.”

She continues, “Outside the member countries, we invite any country in Europe to have their stallions signed up, so we currently have horses nominated from the Czech Republic, Spain, Austria, Hungary and Turkey. There are many more stallions who are signed up at the minimum fee than the higher fee and they are all important to us. The key to the success of the EBF is keeping everyone in and the member countries all agreeing and working together to spend the fund well. That way, stallion owners will have the faith to remain involved.”

The BEBF recently published its first annual review, detailing allocation of £1.6-million to Flat racing across 636 races in 2017 as well as £125,000 for 84 National Hunt races. In addition to ‘ring-fenced’ funds for veterinary research and development, the BEBF also lends its support to a valuable series of 20 fillies’ races first launched in 2016 in association with the TBA and BHA, as well as stallion parades and an annual National Hunt foal show.

“We work closely with all the racing authorities in the various countries,” says Murphy. “The British EBF spend has changed quite dramatically over the last few years. Because we have so many maiden races in this country, the money was being watered down a little bit too much. So it has been concentrated it in certain areas. Feedback has been really good on the fillies’ series. There are four £50,000 handicaps on finals’ day but the races through the series are all valuable too. The first race at Ascot in May is worth over £40,000, which is partly EBF money but also thanks to Ascot putting up a really good pot.”

She adds, “Because we’re quite lightly resourced–just three of us here in Newmarket, one person in Ireland, and the committees all working for nothing, we do rely on and use research documents from the various TBAs. I must give credit to the BHA and TBA for the fillies’ series, which is a great example of teamwork.”

In Ireland, a new Flat auction race series, a project initiated by the IEBF and backed by commercial sponsor Foran, is about to enter its second term.

“The Irish EBF is very innovative and tends to support the lower market. This is now a €120,000 series based on sales prices of the individual to help smaller owners and smaller trainers. The IEBF has also devised an auction hurdle series and really got behind the start of the Irish Champions Series,” Murphy says.

Of course, the introduction of any new scheme within racing and breeding will always invoke criticism as well as support from the industry. That was no different back in 1983. John Hislop, Willett’s fellow bloodstock journalist and owner-breeder of Brigadier Gerard (GB), described the EBF as “unethical, impracticable”, while the former Home Secretary William Whitelaw was among many who viewed it as “an outstanding example of self-help.”

Highlighting a theme which has persisted in the intervening years, Willett wrote at the time. “The idea appealed strongly to all sections of the British racing community because the industry had been plunged into financial crisis as a result of the cutbacks, both actual and forecast, in the Levy Board’s contributions to prize-money.”

And a glimpse of the attitude that made Willett such a revered member of the racing community he served so well is found in his later statement: “The authors of the EBF are not so foolish as to claim that they have achieved perfection at a stroke, or to deny that modifications may be necessary in the light of experience.”

Slight changes have indeed been incorporated over the decades, such as a stallion’s contribution reflecting not just his average nomination price, as was once the case, but also the number of mares covered. Yet the fundamental premise remains intact.

“There is no doubt that this has proved to be a great self-help initiative,” says Murphy. “We like to think that every stallion owner who pays into the scheme feels recognised and feels that the money is being well spent. We run things as tightly as we possibly can and distribute the funds in what we hope is the best way to help each individual member country’s racing.”