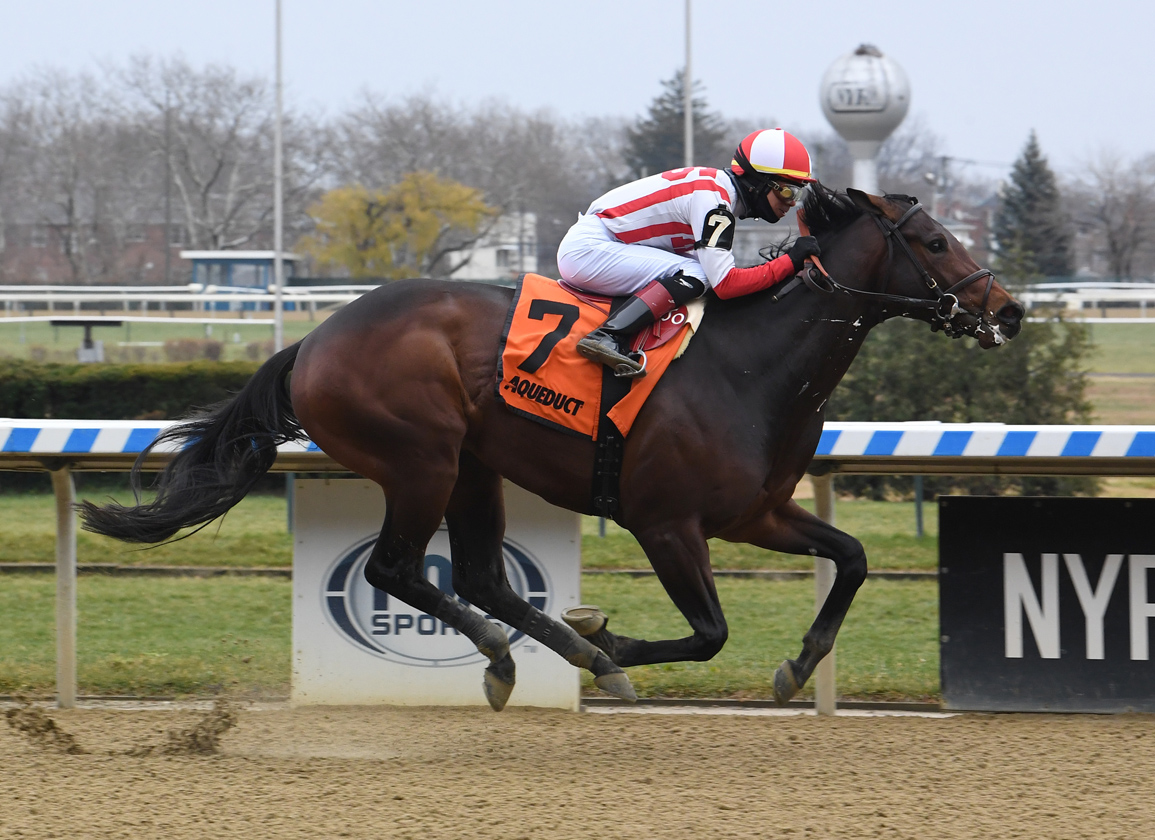 “The horse is coming along really well,” said trainer Chad Brown. “He's been doing well since the Withers and he's been doing everything the right way. He's still on track for the Wood.”

Early Voting captured his debut going a one-turn mile Dec. 18 at Aqueduct before annexing the Withers in front-running by 4 1/2 lengths over Un Ojo (Laoban), the next-out winner of the GII Rebel S. at Oaklawn Park. Grantham (Declaration of War), the fourth-place finisher in the Withers, came back to run second in the GII Tampa Bay Derby Mar. 12.

“It was great for him to finish ahead of those horses in only his second start. As a trainer, it gives you a lot of confidence coming out of a key race,” Brown said.

Jeff Drown's Zandon (Upstart) remains on target for the GI Blue Grass S. Apr. 9 at Keeneland. The unlucky GII Remsen S. runner-up made his 2022 debut in the GII Risen Star S. Feb. 19 at Fair Grounds, where he missed the break but rallied from 10th to finish third.

“He missed the break, but I was happy to see him persevere. He got a lot out of the race fitness wise,” Brown said.