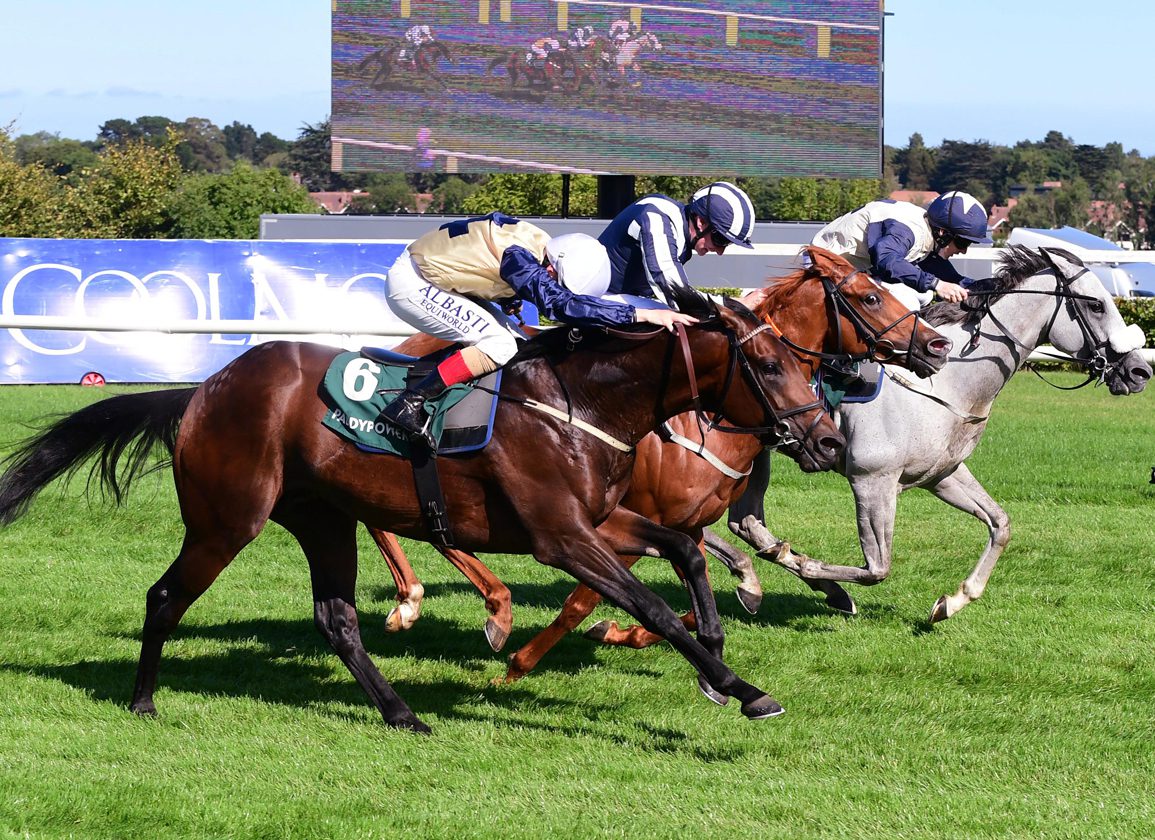 He may have bagged Classic glory earlier in the season but, by his own high standards, Dermot Weld will admit that 2022 is not a year that he will look back on with great pleasure.

Bar Homeless Songs (Ire) (Frankel {GB}) romping to G1 Irish 1000 Guineas glory, it has been a trying year for Weld, who is at least ending the campaign with his usual pomp and vigour, highlighted by the tenacious victory of Duke De Sessa (Ire) (Lope De Vega {Ire}) in the G3 Paddy Power S.

Homeless Songs would later go on to finish fourth in the G1 Matron S. on her first start since that memorable Curragh romp, but it was stablemate Duke De Sessa who thrust the Weld team back into the spotlight and what style the win was achieved in.

Ridden with supreme confidence by Chris Hayes, who delivered a well-timed run from the rear to snare fellow Newtown Anner Stud Farm-owned Thunder Kiss (Ire) (Night Of Thunder {Ire}) in a pulsating finish, Duke De Sessa plonked his nose in front on the line to win by just a short head.

The Paddy Twomey-trained Beamish (Fr) (Teofilo {Ire}) played his part in the three-way epic but, after a nervous wait for the Weld team, the 'TDN Rising Star' was judged the narrow winner by a short head.

Weld, who was winning the race for the fifth time this past decade, said, “He's had a break and he loves that ground and this track. He'd been working exceptionally well and the only question I had was whether he would get the mile and a half.

“We contemplated running him in the Irish Champion S. but we said we'd go for the easier option and that, if he stayed the trip, he'd be very hard to beat.”

A step up in class could be on the cards for Saturday's 6-1 shot, with Weld convinced that the best has yet to come from the 3-year-old colt.

He said, “There is a Group 1 in Germany next month and we could have a look at that. He's a progressive colt. Today was the day but I think he's only just beginning. The best could be seen from him as a 4-year-old.”

Duke De Sessa was doubling down on his previous Group 3 victory in the Eyrefield S. on Saturday, and continues to fly the flag for his four-time winning dam, the Cape Cross (Ire) mare Dark Crusader (Ire). Third in the 2014 edition of the G3 Give Thanks S. in her native land, Dark Crusader, from the family of GI Gulfstream Park Breeders' Cup H. scorer Subtle Power (Ire) (Sadler's Wells), has a juvenile full-brother to the winner named Walsingham (Ire) (Lope De Vega {Ire}), yet another yearling full-brother waiting in the wings, and a filly of 2022 by Camelot (GB), whose Luxembourg (Ire) powered to victory in the G1 Irish Champion S. one race later on the card.

How about this for a finish?!