Home » Archive » Top News » Dubb on Servis Indictment: It’s Beyond Sickening to Me

Dubb on Servis Indictment: It’s Beyond Sickening to Me 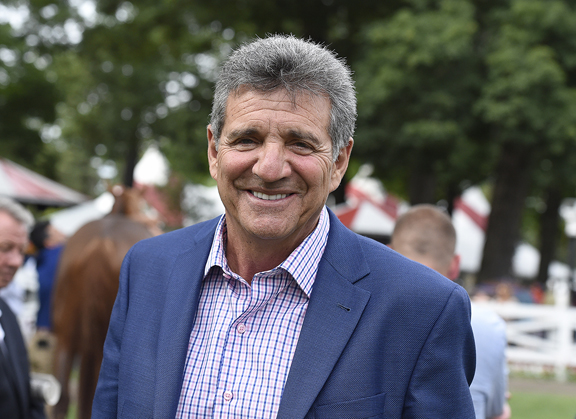 Michael Dubb, a member of the New York Racing Association Board of Trustees and one of the more prominent owners who employed trainer Jason Servis, said he was sickened that he was involved with the now indicted trainer.

“I’ve wanted to be someone who didn’t just take from the game, but gave back,” he said. “To be involved with something that brings a black eye to the game is, beyond words, sickening to me”

Dubb said he had about 25 horses with Servis and said they were being dispersed to trainers Chad Brown, Brad Cox, Todd Pletcher, Mike Maker, Christophe Clement, Ralph Nicks and Rob Atras.

Dubb admitted that he misjudged Servis.

“Everybody is vulnerable,” he said. “Look at how many owners have been deceived. You try to be a judge of somebody’s character. You look at their demeanor, you look at their family, you think you are dealing with honorable people. You can’t get it right all the time.”

Dubb said that after the scandal he will act to be a voice for change in the industry and called upon the sport to push through the Horse Racing Integrity Act.

“The events involving the Servis barn, which is one of eight trainers we employ, only highlights the need  for federal legislation to create oversight for this sport as well as moving it along,” he said. “New York is attempting to create a state-of-the-art testing lab so that everyone involved in the sport, from owners to fans and, especially, the horses, are protected.”

“Obviously, I have to be more outspoken,” he added.

Servis is not the only controversial trainer Dubb has worked with. He previously had horses with Rick Dutrow, who is in the midst of a 10-year suspension for drug-related offenses. Dubb has been supportive of Dutrow following the suspension and during the former trainer’s efforts to be reinstated.

“I believe that Dutrow was obnoxious and at times behaved in a manner that wasn’t in the best interest of the sport,” he said. “But I believed he was a superior horseman from the point of view of protecting the horses. Right now, there are trainers out there who I think are unqualified and are responsible for breaking horses down.”

Dubb is also known for his philanthropic efforts within the sport. He is currently supervising and paying for the construction of a daycare center at Saratoga for the families of backstretch workers and was the driving force behind the creation of the Belmont’s Anna House and Belmont Chid Care Association.

“From the time I became involved in horse racing almost 20 years ago I fell in love not only with the horses but the backside and the people involved,” he said. “It has always been my goal to give back to the sport I love so much.”