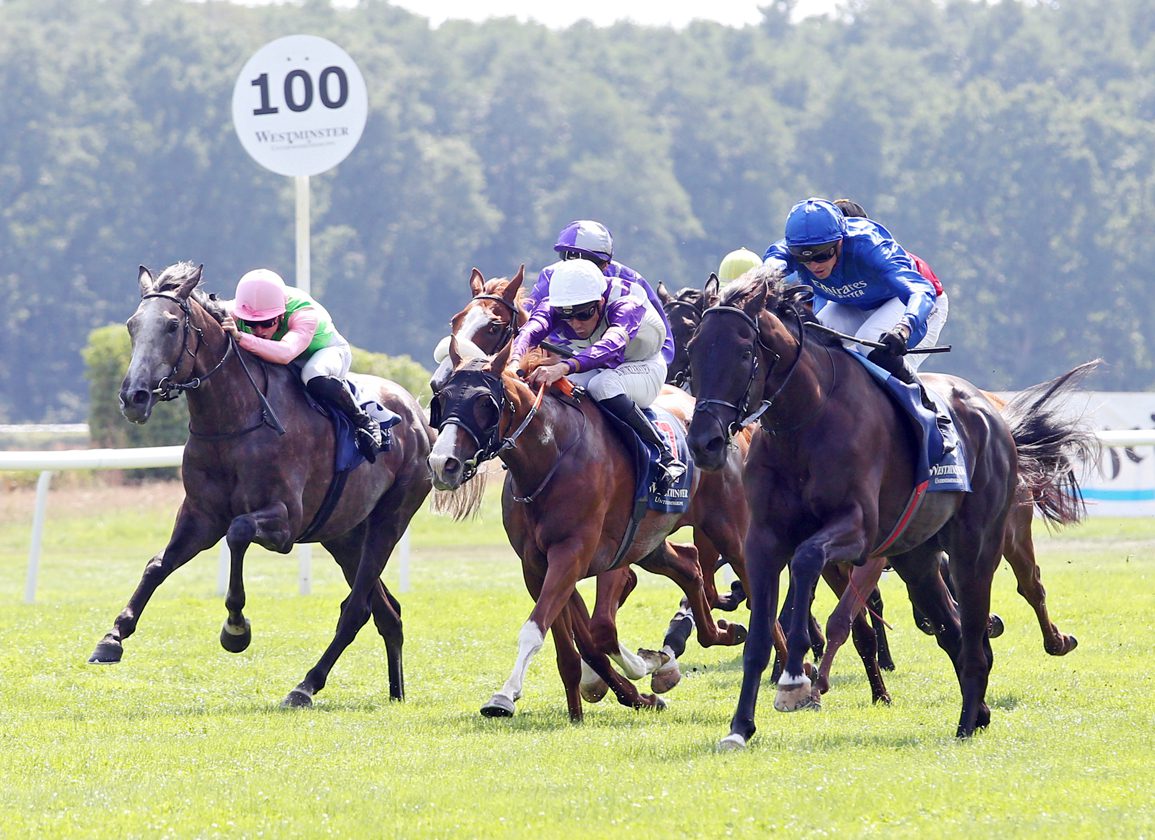 Godolphin's 2021 G2 UAE Derby hero Rebel's Romance (Ire) (Dubawi {Ire}–Minidress {GB}, by Street Cry {Ire}) ended a two-race losing streak with victory in June's Listed Fred Archer S. at Newmarket, adding to his resume in Goodwood's G3 Glorious S. last month, and justified favouritism for a career high in Sunday's G1 Westminster 132nd Grosser Preis von Berlin at Hoppegarten. The March-foaled gelding, unbeaten on the turf, was positioned in rear with just one rival behind for most of this 12-furlong test. Scrubbed along to reduce arrears off the home turn, the 17-10 pick launched his challenge out wide with 350 metres remaining and stayed on strongly under continued rousting inside the final furlong to hold the late rattle of Nerik (Ire) (Ruler Of The World {Ire}) by a neck in ultimately snug fashion.

“He had a different start to most of our horses and we initially trained him for the dirt,” explained winning rider James Doyle. “He ended up winning the [G2] UAE Derby and I have to say it seems like he's definitely improved for the switch to turf. He came into today's race relatively unexposed, he'd only had a couple of starts on turf and he's taken to it well. He was a bit boisterous beforehand and I wanted to make sure that he was relaxed properly first. He travelled round pretty smoothly, they didn't go much of a pace and I ended up a little bit further back than ideal. He showed a good kick at the top of the straight and I thought he did a super job there today.”

🤩 the day has started very well for @godolphin with a G3 winner already in France and Rebel's Romance taking the G1 Grosser Preis con Berlin in Germany.
pic.twitter.com/rjEbnouO5W