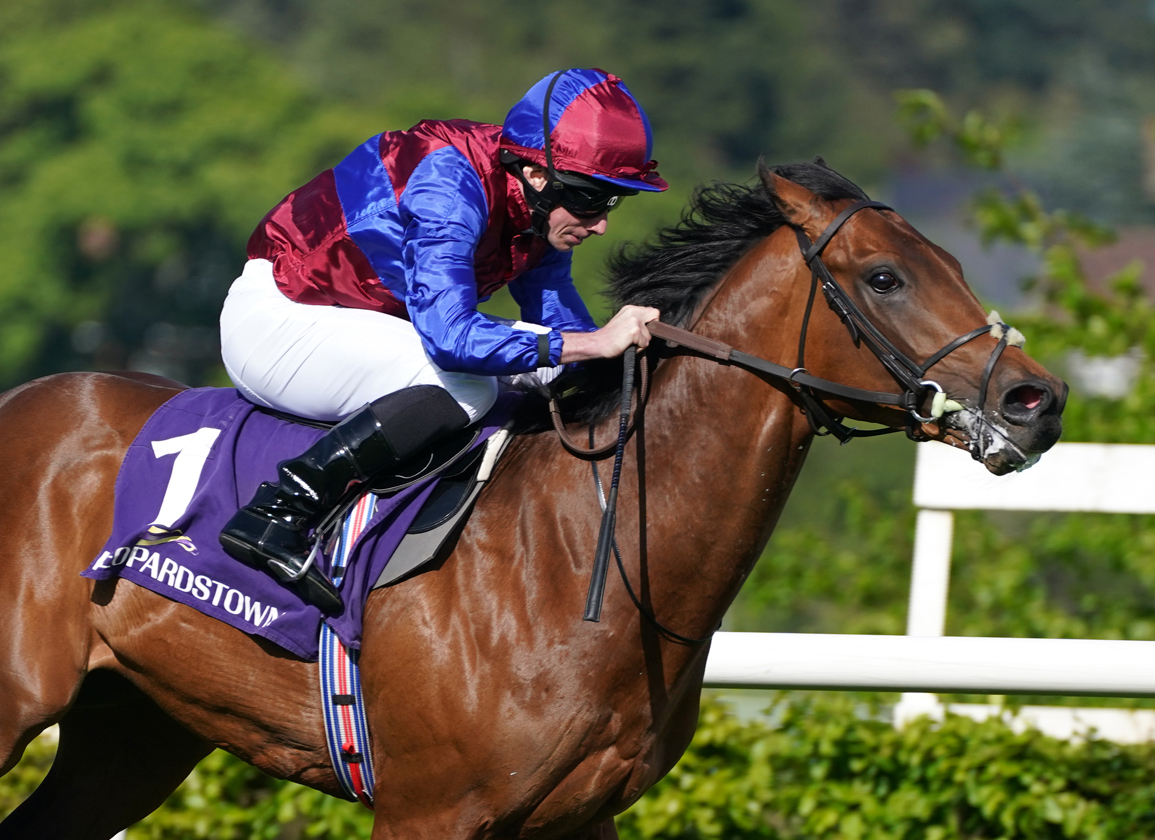 Aidan O'Brien trainee Alfred Munnings (Ire) (Dubawi {Ire}–Best In The World {Ire}, by Galileo {Ire}) was all the rage for Friday's seven-furlong Irish Stallion Farms EBF Maiden at Leopardstown and justified market support, and then some, with a dominant debut performance, earning a TDN Rising Star rosette by 4 1/2 lengths on his birthday. The stable had won the contest in recent years with G1 Dewhurst S.-winning sire War Command (War Front) and G2 Vintage S.-winning sire War Decree (War Front) and also prepared Gleneagles (Ire) (Galileo {Ire}) to finish fourth in 2014. The eventual winner was away sharply and shadowed the leader in a close-up second through halfway. Sent to the front off the home turn, the 8-11 favourite quickened beyond recall soon after passing the quarter-mile marker and maintained a high tempo under minimal encouragement in the latter stages to easily outclass Segomo (Ire) (Zoffany {Ire}) by daylight.

“Aidan [O'Brien] was very happy with that and the plan is to go for the [Listed] Chesham [S. at Royal Ascot],” revealed Ballydoyle representative Chris Armstrong. “He was very professional, he knew his job and delivered on the promise he's shown so far. He's a good mover and has the pedigree behind him. Fingers crossed now he has a good chance in the Chesham. Hopefully, it's a proper maiden and he's won it very impressively.”

😍 Our newest @theTDN Rising Star, and an easy decision. Alfred Munnings (Dubawi half-bro to Snowfall) for @Ballydoyle at @LeopardstownRC. pic.twitter.com/dENkorbC7v