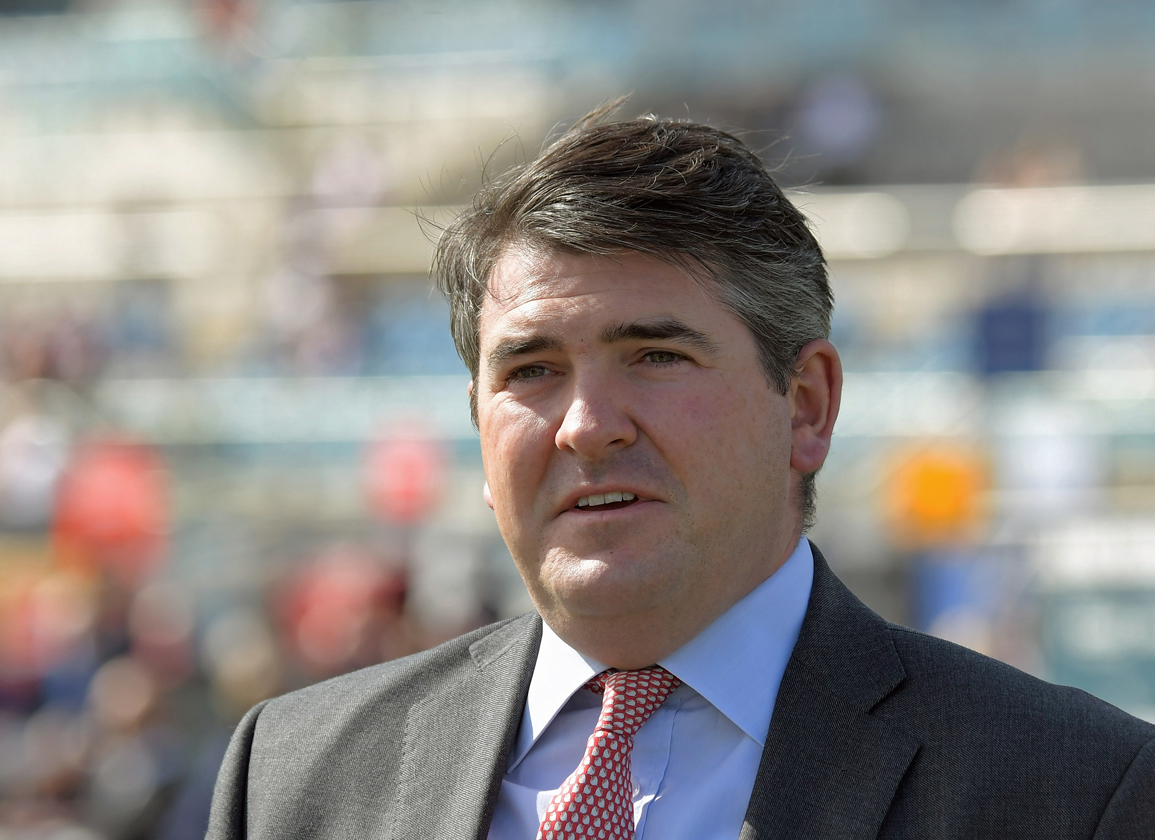 The Group 1-placed Dubawi Legend (Ire) (Dubawi {Ire}), who carries the silks of Dr. Ali Ridha, will not have a run before a planned appearance in the G1 QIPCO 2000 Guineas on Apr. 30. A winner at first asking at Doncaster in July, the Hugo Palmer trainee ran third in the G3 Acomb S. on Aug. 18 and then was only two lengths behind Native Trail (GB) (Oasis Dream {GB}) when second in the G1 Dewhurst S. on Oct. 9. He did not fair well in the draw of the GI Breeders' Cup Juvenile Turf, and raced too eagerly before tiring to 10th at Del Mar in November.

Said trainer Hugo Palmer, who is presently in negotiations to take over Michael Owen's Manor House Stables, “He has grown about an inch, which surprised me. He was probably barely 16 hands last year, so he has done well and he will very much have Guineas entries and probably a number of them.”

He added, “I don't think he will have a prep-run. He ended his year quite late and it was mid-November by the time he got back to England. He has had a nice break and he is the second-highest-rated 2-year-old in Europe, so I don't feel I need to go into a trial to prove he is good enough to justify his place in a Guineas.

“He handled the undulations at Newmarket very well and for a good deal of the last two furlongs, he looked the most likely winner in the Dewhurst. It would be quite hard not to go to Newmarket, for all the while that Newmarket will probably be the strongest race.

“In the back of my mind he has always shown an enormous amount of speed and I believe that he will stay a mile. I don't think he will ever get further.”

Two other juvenile stars for Palmer, G1 Keeneland Phoenix S. victor Ebro River (Ire) (Galileo Gold {GB}) and the dual group-placed Hierarchy (Ire) (Mehmas {Ire}) will not head to any Classic engagements, but will be kept over sprinting trips.

“The plan at the moment is definitely not the Guineas,” Palmer said of Al Shaqab Racing's Ebro River. “We explored seven furlongs twice last year, once relatively satisfactorily, but still not the answer we wanted and the second time very unsatisfactorily. I am content to say that this is not a miler.

“I think, all being well, he will start in the Pavilion S. [at Ascot on Apr. 27], which is the course and distance of the Commonwealth Cup and we will see how we get on there. I would like to think he will go Pavilion, Sandy Lane S. [at Haydock on May 21], Ascot–but the [G1] King's Stand could just be an option by that stage. He could go King's Stand and [G1] Commonwealth Cup.”

Third in the G3 Sirenia S. on Sept. 4, the Qatar Racing and David Howden-owned colt was second in the G2 Mill Reef S. later that month and was a close sixth in the GII Breeders' Cup Juvenile Turf Sprint in November.

“Hierarchy has done really well,” he said. “He has broadened and shrunk down on his legs a little bit without massively growing upwards.

“He has the option of coming back to the King's Stand. It would be a pain to consistently run my two fastest horses against each other. But they will be racing against each other if they had different trainers. We have to treat each horse individually.”