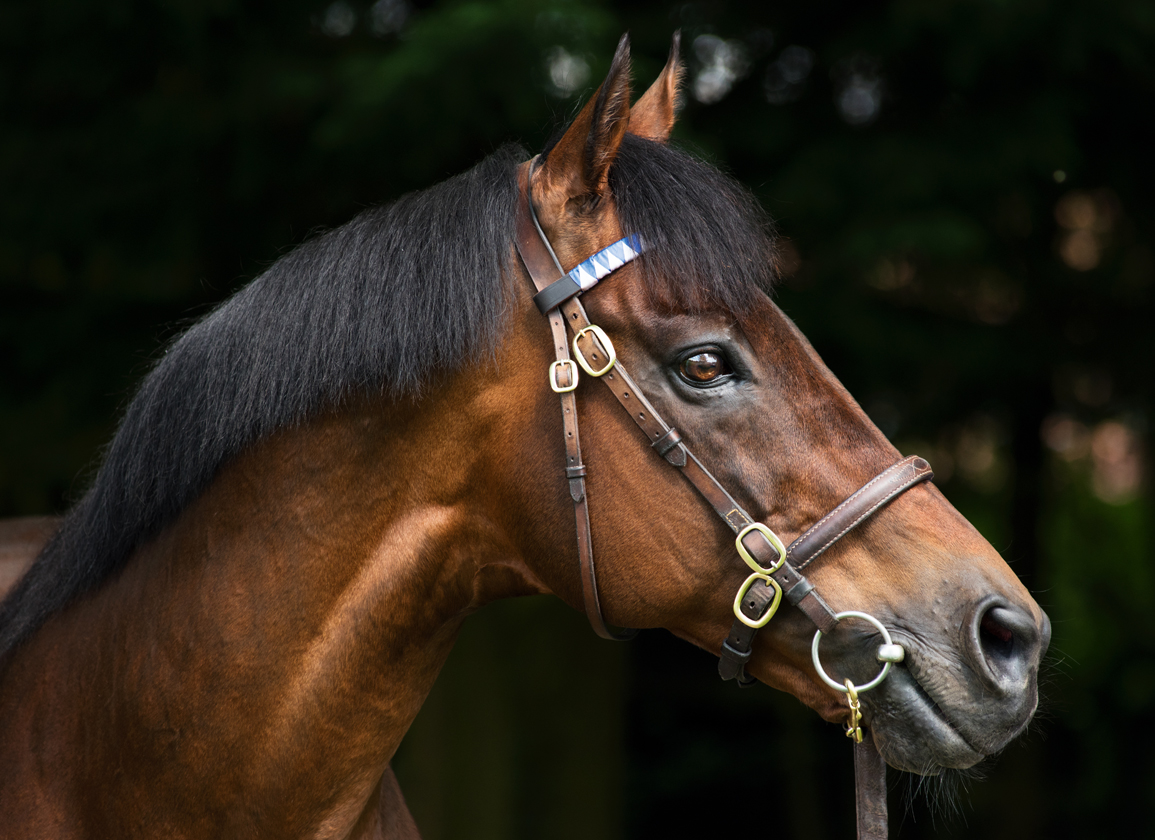 Dubawi (Ire) (Dubai Millennium {GB}) will stand for an unchanged fee of £250,000 at Dalham Hall Stud and anchors the 2022 roster for Darley Europe. His fee is the most expensive in Europe.

He enjoyed a notable success at the two-day Breeders' Cup World Championships, with three winners in a single year, the first sire to reach that mark in the 37-year history of the Breeders' Cup. The GI Breeders' Cup Juvenile Turf went to Modern Games (Ire), Saturday's GI Breeders' Cup Mile was won by new Kildangan Stud resident Space Blues (Ire) and Dubawi's trio was rounded out by the victory of Yibir (GB) in the GI Breeders' Cup Turf. In addition, Dubawi is the world's leading sire of group winners with 23 and stakes winners at 37.

A trio of new stallions will join the Darley Europe roster in 2022, with Palace Pier (GB) (Kingman {GB}) leading the way at £55,000 at Dalham Hall. One of the most brilliant milers seen in recent years with five Group 1 victories to his name, the son of Kingman won the G1 St. James's Palace S. at Royal Ascot in 2020 and later scored a victory in the G1 Prix Jacques le Marois. Kept in training in 2021, he added another trio of top-flight races-the G1 Lockinge S. at Sandown, Royal Ascot's G1 Queen Anne S. and a second edition of the Marois. The ultra-consistent bay retires with nine wins in 11 starts and $2,408,980 in earnings, rounded out by a neck second in the G1 Queen Elizabeth II S. on QIPCO British Champions Day.

Dubawi's son Night of Thunder (Ire) sired a pair of Group 1 winners in 2021 and he will command €75,000, tops of the Kildangan Stud roster. Thundering Nights (Ire) won the GI Pretty Polly S., while Kukeracha (NZ) was in action Down Under in the G1 Queensland Derby. They are two of 12 2021 black-type winners for their sire, who also sired four other group winners this year, among them Suesa (Ire) and GIII Athenia S. winner Pocket Square (GB).

Standing at £45,000 in 2022 is Too Darn Hot (GB) (Dubawi {Ire}) at Dalham Hall. Flawless in a juvenile campaign that culminated in a victory in the G1 Dewhurst S., the bay backed up that form with another pair of Group 1 wins as a 3-year-old in the G1 Prix Jean Prat and G1 Sussex S. The son of Dar Re Mi (GB) (Singspiel {Ire}) was also Classic placed with a runner-up performance in the G1 QIPCO 2000 Guineas.

Esteemed sprinter Blue Point (Ire) (Shamardal) will stand for €40,000 at Kildangan. A dual winner of the G1 King's Stand S., the bay also won the G1 Diamond Jubilee and G1 Al Quoz Sprint. Both Too Darn Hot and Blue Point will have their first yearlings in 2022.

Two stallions that celebrated black-type success with their first runners this season were Profitable (Ire) (Invincible Spirit {Ire}) and Ribchester (Ire) (Iffraaj {GB}). The Kildangan residents will each stand for €12,500. The only stallion to receive a fee increase across the entire roster, Profitable sired 25 winners this year so far, and already has a group winner with G2 Queen Mary S. victress Quick Suzy (Ire). Ribchester has Listed Doncaster S. winner Flaming Rib (Ire) to date.

Sam Bullard, Director of Stallions, said, “We are thrilled to be introducing three outstanding multiple Group 1 winners to a very strong roster, deep on quality and achievement. Following last year's three champion additions in Ghaiyyath, Earthlight and Pinatubo together with Blue Point and Too Darn Hot in 2020, we are confident of giving breeders every chance of benefitting from the wonderfully positive sales season we have just enjoyed.” 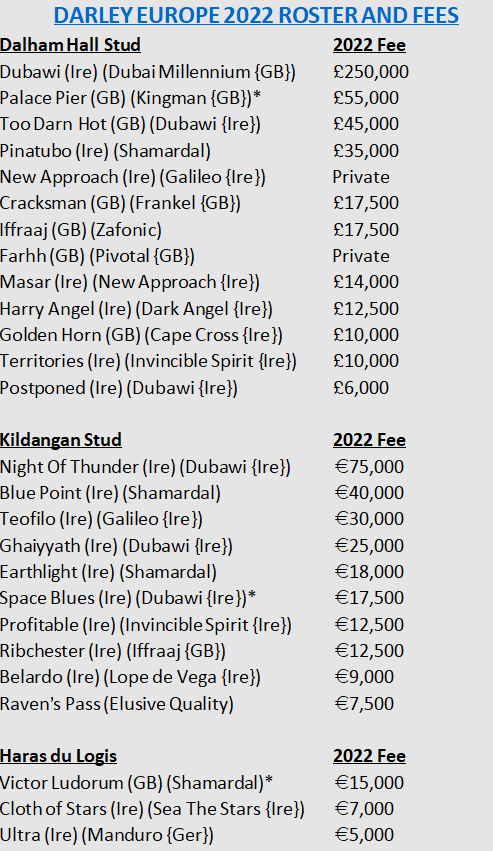