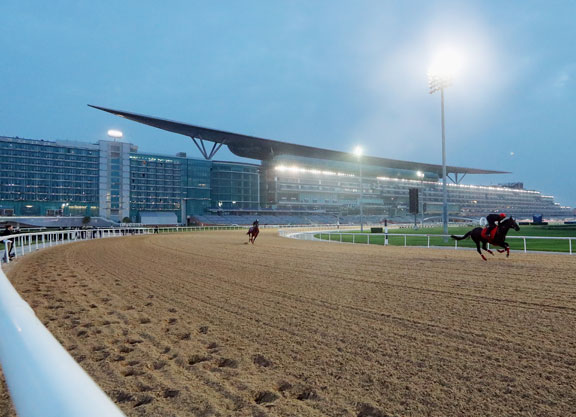 Sultan Al Hajri, assistant to Dubai-based trainer Mohammed Al Shamsi, has been banned for two years by Emirates Racing Authority stewards after administering what he said was sesame oil to a horse prior to a Meydan maiden race on Mar. 12.

About 40 minutes prior to the race, Al Hajri was captured on video in the Meydan stable area administering a clear substance orally via syringe to Visual Effect (GB) that he claimed was water and a normal pre-race routine for a nervous horse. Moments later, Al Hajri was captured administering a dark substance to Visual Effect orally via syringe that he claimed was sesame oil to assist with stomach ulcers and cuts on the horse's mouth. Al Shamsi said he did not instruct for the sesame oil to be administered and was not aware that it had been. Prior to the video footage being shown, Al Hajri denied giving anything but water to the horse.