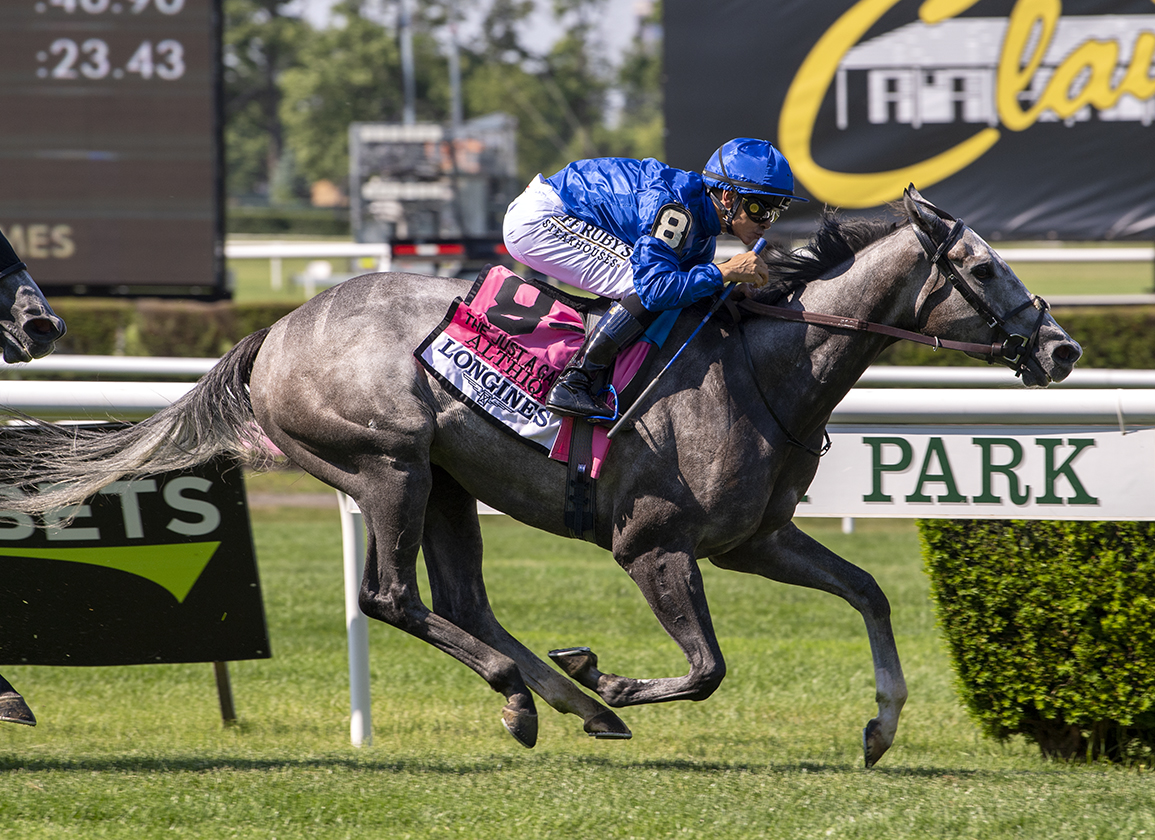 “We've retired Althiqa,” Appleby told Dubai Racing Channel's Michael Adolphson in an interview. “There were no more options for her. She could have gone to Del Mar, there's a Grade II on the card there, but bless her, she owes us nothing. She's pulled up safe and sound and she'll head to the breeding shed.”

A winner of her only start at two at Thirsk, the grey took the Listed Prix Amandine and was placed at Group 3 level three times last year from six starts. It was at four, however, that the daughter of Listed Boadicea Fillies S. heroine Mistrusting, who also bore the royal blue, really shone, taking the G2 Cape Verdi at Meydan in January prior to running third in the G2 Balanchine there in February.

Given some time off, she shipped Stateside and defeated stablemate Summer Romance (Ire) (Kingman {GB}) in the GI Just a Game S. at Belmont Park in June. Brought back for Saratoga's GI Diana S., Althiqa once again had Summer Romance back in second on July 17. Her final start was a fourth after some traffic issues in the GI First Lady S. at Keeneland on Oct. 9. A granddaughter of G2 Cherry Hinton S. heroine and G1 Cheveley Park S. second Misheer (GB) (Oasis Dream {GB}), she retires with a mark of 12-6-2-3 and $761,213 in earnings.