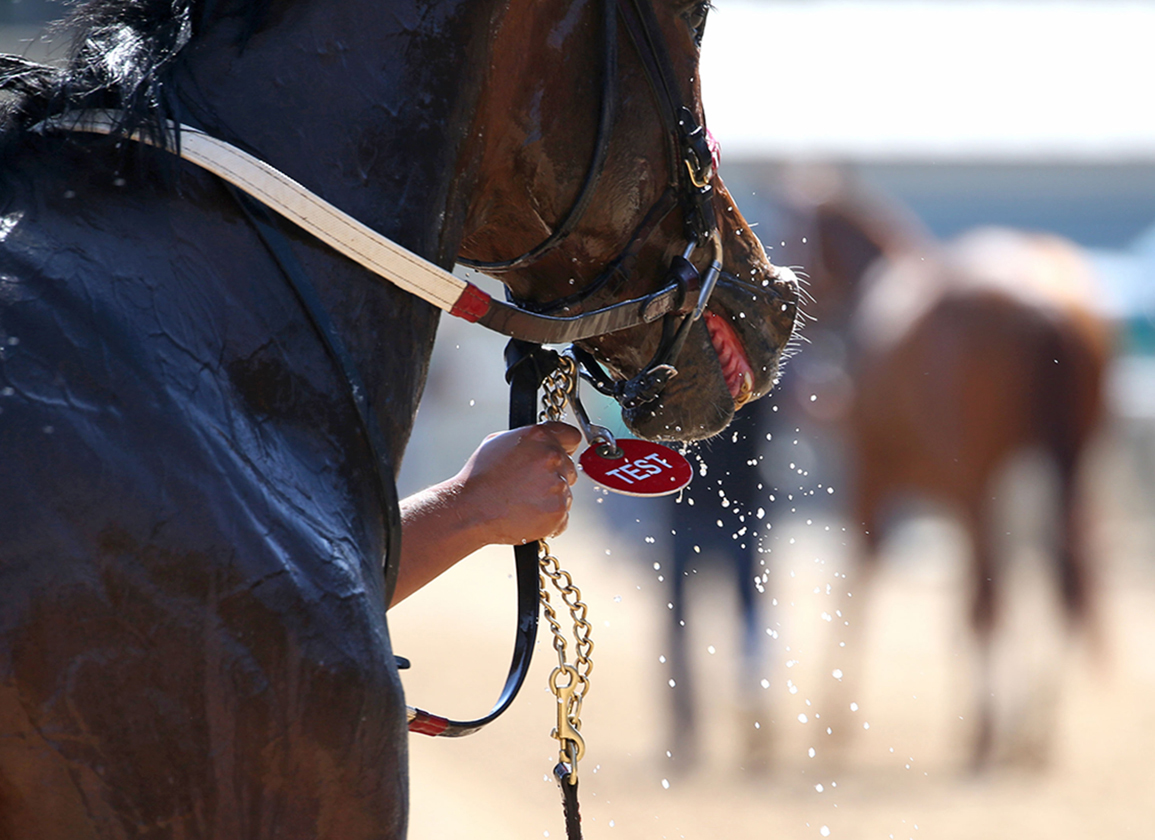 Sarah Izhaki, one of 27 individuals indicted in March 2020 for their role in a horse doping scheme, was sentenced Monday to time served plus three years of supervised release. U.S. District Judge Mary Kay Vyskocil could have sentenced Izhaki to a prison term of 12 to 18 months, but opted for the more lenient punishment due to extenuating circumstances that include Izhaki's poor health and what Vyskocil called a “troubled upbringing.” Two months after the indictments were announced, Izhaki attempted suicide.

During the first 12 months of her sentence, Izhaki will be confined to her home and subject to electronic monitoring.

Scott Robinson, who, like Izhaki, pled guilty to conspiring to unlawfully distribute adulterated and misbranded drugs for the purpose of doping racehorses, received a sentence of 18 months in federal prison in March.

“I want you to know how sorry and remorseful I am for the bad decisions I made,” Izhaki said through an interpreter.  Vyskocil noted that Izhaki spoke fluent English, so it was not clear why she chose to use an interpreter.

“I am very sorry for the bad decisions I made against the poor animals,” she continued. “If I could do it again, I would have made different decisions. I know that my being remorseful and being sorry is not enough. The only thing I can do now is to make the right decisions moving forward.”

In the initial indictments released last year, the government charged that Izhaki , along with her daughter, Ashley Lebowitz, was selling misbranded versions of Epogen, a drug that is used to boost a horse's red blood cell count in order to improve endurance during a race. They had allegedly obtained the drug from a Mexico-based drug manufacturing company. Lebowitz has yet to enter a plea.

While acknowledging that Izhaki had committed a serious offense, Vyskocil repeatedly referred to Izhaki's mental and physical problems.

“In light of all of these conditions the court has serious reservations about Ms. Izhaki's ability, frankly, to cope with imprisonment,” Vyskocil said.

According to the pre-sentence report submitted by her lawyers, Izhaki, who grew up in a strict orthodox Jewish household, has dealt with a number of physical and psychological problems throughout much of her life. She was born in 1974 in Mexico and was forced to enter into a pre-arranged marriage when she was 14 and she bore a child when she was 16. Izhaki has problems with her eyesight and became legally blind at the age of 14 and has had eight cornea transplant surgeries. During a 19-month period beginning May 23, 2019, she was involved in two major car accidents, which have required additional surgeries.

Vyskocil made it clear that anyone yet to be sentenced in the case should not look at Izhaki's sentence as a benchmark.

“I recognize that there are more cases pending and people may well be looking at what the court does today, paying attention to this case and viewing it as a benchmark, a bellwether for other horse doping cases and for the abuses in the industry in general,” she said. “I want to say on the record, if you are doing that, you are making a mistake. And I say that because in the court's view the circumstances in this case are somewhat unique, a one off, and unlike some of the other cases that are pending. The sentencing guidelines do not adequately account for certain factors that are unique to Ms. Izhaki and her circumstances, including her mental and emotional condition, her serious physical health condition, her difficult upbringing, her prompt, and I will say, complete acceptance of responsibility and remorse for her conduct.”