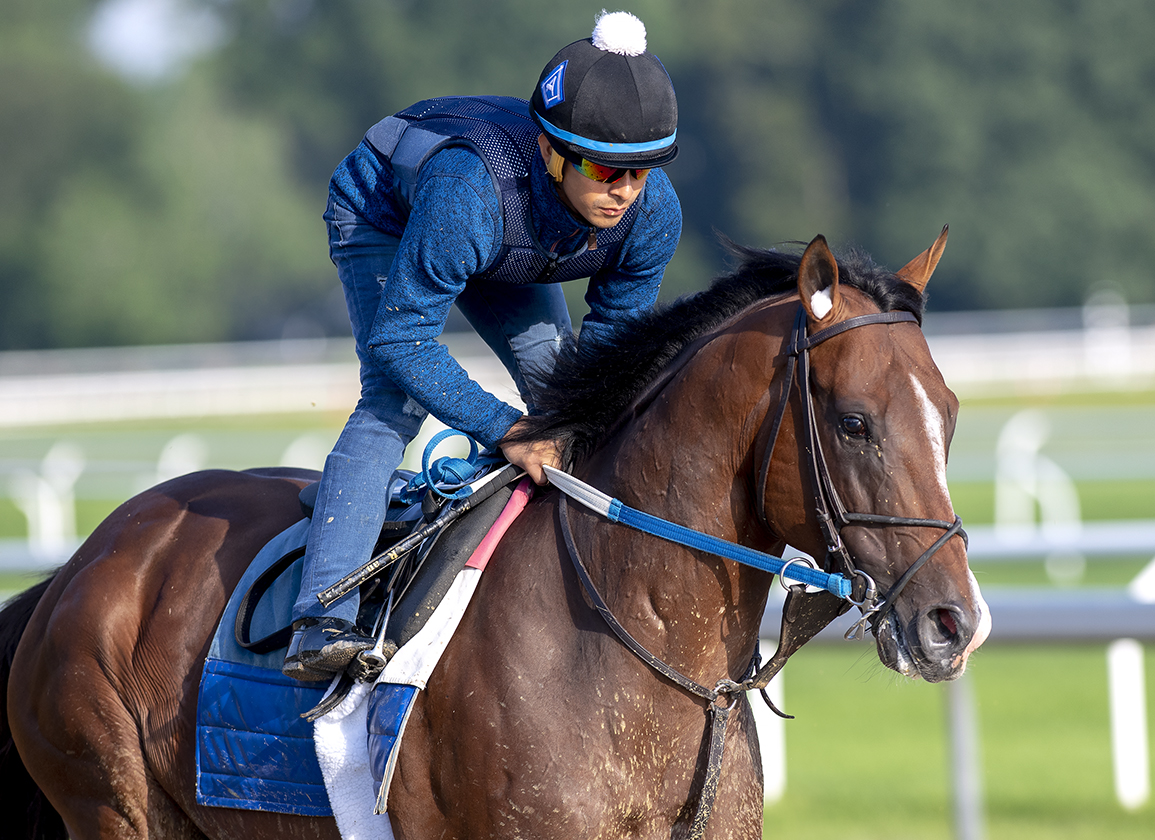 Slam Dunk Racing and Madaket Stables' Drain the Clock, 2-1 on the morning line, captured the seven-furlong GIII Swale S. at Gulfstream in January and was second in the 1 1/16-mile GII Fountain of Youth S. Shipped north and cut back to seven furlongs, the chestnut colt won the Apr. 3 GIII Bay Shore S. before his Woody Stephens victory.

“Most of his one-turn races were won in hand,” trainer Saffie Joseph, Jr. said. “He was basically geared down the last sixteenth in the Bay Shore. We always thought he had more to give but until you see it you don't know for sure and the Woody Stephens was definitely his breakout race. He earned his respect that day and beat a game horse in Jackie's Warrior. He's in good form and I think he's going over there with a really good chance.”

J. Kirk and Judy Robison's Jackie's Warrior is already a two-time graded winner over the Saratoga surface having won last year's GII Saratoga Special and GI Hopeful S. during his flashy juvenile campaign. Fourth in the GI Breeders' Cup Juvenile and third when again trying 1 1/16 miles in the Feb. 27 GIII Southwest S., he was cut back in distance to win the May 1 GII Pat Day Mile and was game in defeat in the Woody Stephens. The bay colt, trained by Steve Asmussen, is 6-5 on the morning line.

Klaravich Stables' Crowded Trade (More Than Ready) graduated going one mile at Aqueduct in his Jan. 28 debut and jumped right up to graded company where he was nosed out of the win when second in the Mar. 6 GIII Gotham S. He was third in the Apr. 3 GII Wood Memorial and will be making his first start since finishing fifth in the GI Preakness S. May 15. The Chad Brown trainee is 7-2 on the morning line.