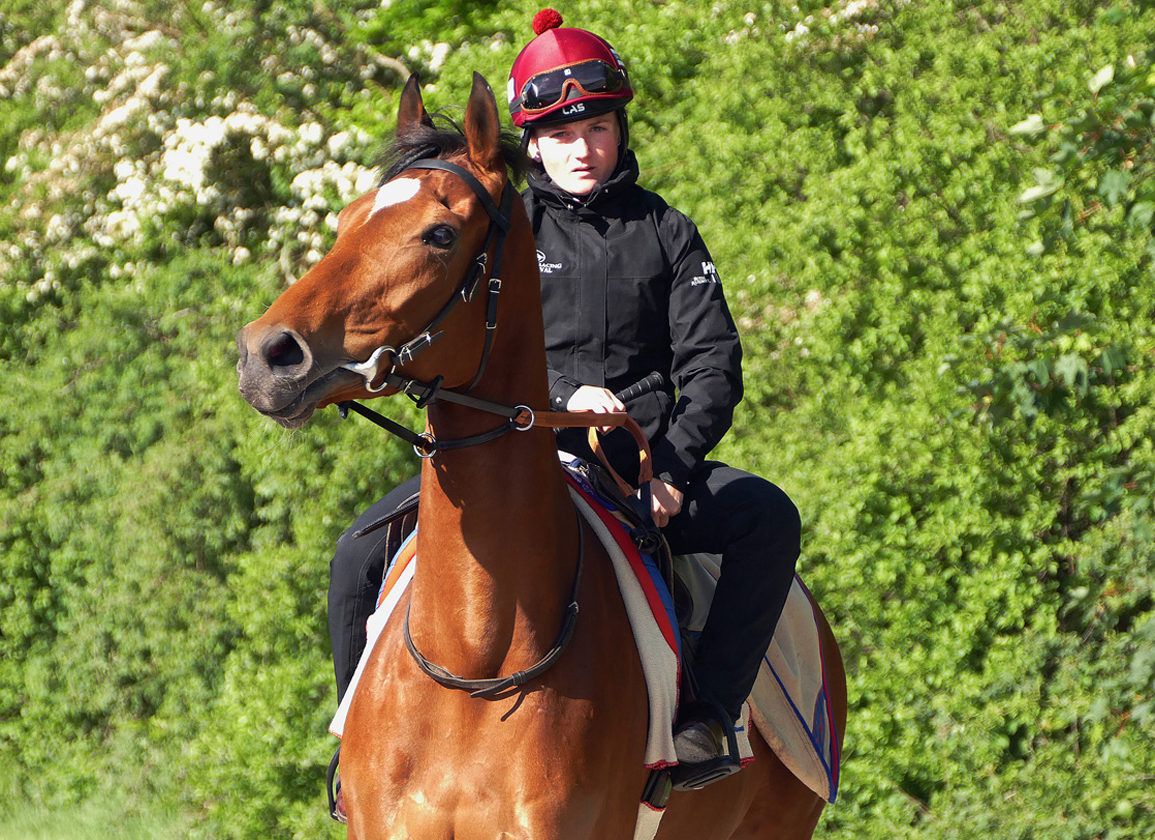 They might be making history as the first husband and wife to ride against each other in a British Classic, but Tom Marquand and Hollie Doyle insist they “won't give each other an inch” when they go head to head in Friday's G1 Cazoo Oaks.

The childhood sweethearts have been riding against each other since their pony racing days and tied the knot in Hertfordshire in March this year before jetting off to compete at the Dubai World Cup just a few days later.

And while they encounter each other in the workplace on a daily basis, they are set to make history by clashing in one of the most prestigious Flat races in the world, the second fillies' Classic of the season over a mile and a half.

Marquand, 24, is due to partner Irish challenger Tranquil Lady (Ire) (Australia {GB}) for Joseph O'Brien, who is a 14-1 chance.   Meanwhile 25-year-old Doyle will take her chance on the highly-fancied second favourite Nashwa (GB) (Frankel {GB}), currently trading at around 4-1.

When asked earlier this week about lining up against her husband, Doyle was clear that she treats him like any other jockey in the weighing room once the starting stalls open.

She said, “Tom might be my husband but when we're in the race, it's very competitive and we don't give each other an inch really–we both want to win.

“I don't notice much difference between being in a close finish with Tom and in being in one with anybody else to be honest. I suppose from the outside looking in it's quite weird and unique but we're so used to it now that it's not really a thing.

“It would be something to be fighting out the finish in an Oaks with him–but all I'd be hoping is that I come out on top. I suppose as we're both at Epsom we'll probably go down together, but on a day-to-day basis we won't see a lot of each other really as we'll be at opposite sides of the country and it's pretty relentless. We'll be there then so we'll probably head down together.

“There's probably a bit more banter and chat from my side of things, I think Tom is probably sick of hearing the word Nashwa over the last three or four weeks.”

Marquand insists facing his wife on such a stage will have little impact on his own mindset.

He explained, “To be honest it's no different from riding against anyone else. We ride against each other pretty much every day and we always have done since we were pony racing so it doesn't really make too much difference to me–whether it's in a Group 1 or a Class 6 race.

“When you live and breathe it you're obviously talking about it and Hollie has got a good chance on Nashwa and I've got a good chance myself. It is what it is and that's racing so it's just the same as every other day–for all that there's a little bit more excitement around the big race.”

The prices may suggest that it is Doyle who has the better chance at Epsom Downs tomorrow but Marquand has every reason to be optimistic, considering that it was O'Brien who provided him with his sole Classic winner to date, when the pair teamed up to win the 2020 G1 St Leger at Doncaster with Galileo Chrome (Ire) (Australia {GB}).

While he has yet to sit on Tranquil Lady, he feels there is plenty to like about his charge, who impressed when a convincing winner of the G3 Blue Wind S. at Naas last month.

He continued, “I'm really looking forward to it, I've picked up a good ride and she looked pretty dominant in Ireland when she won last time. She looks like she's going to stay well off what she's been doing so far and Joseph always sends promising ones to England so hopefully she's one who holds one of the big cards on Friday.

“We got a nice bit of luck together in the St Leger a couple of years ago and hopefully that continues. I've not sat on her, I went over to Ireland the other week but it was an in-and-out job which means I didn't get a chance to see her but she looks pretty straightforward and I can't imagine there's too many quirks to work out.

“Winning the St Leger was massive. It was all a last second thing and it's the sort of thing you dream of. To have another opportunity to try and do it again on Friday and Saturday is fantastic, every year you want to have a ride in the Derby and the Oaks so it's pretty exciting.”