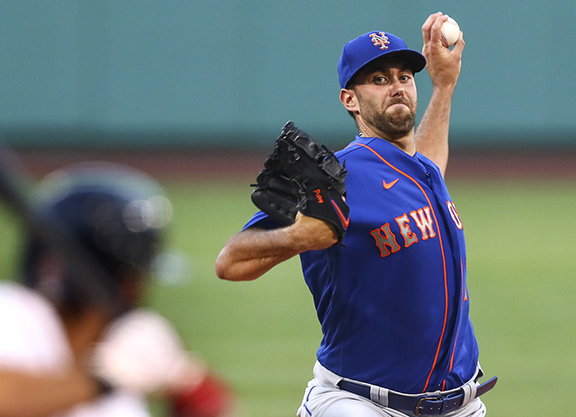 David Peterson, the son of Doug Peterson, who trained Seattle Slew during his 4-year-old year, had a night to remember Tuesday as he was the winning pitcher in his MLB debut.

“This is one of the greatest days of my life,” Peterson said. “This is something I've wanted to do since I was a little kid, and to go out there and make my first major league start, we got the win and I couldn't have asked for much more.”

Doug Peterson, just 26 at the time, was a little known trainer when Seattle Slew's owners called on him to take over for the fired Billy Turner. Peterson guided Slew to wins in the GI Marlboro Cup, the GI Woodward and the GIII Stuyvesant H. He was named champion older male of 1978.

Peterson's story ended in tragedy in 2004 when he died of an accidental drug overdose. David, his only child, was nine at the time.

Peterson, who is 6′ foot 6″, two inches taller than his father, was taken in the first round of the draft by the Mets in 2017. He was a standout pitcher at the University of Oregon.