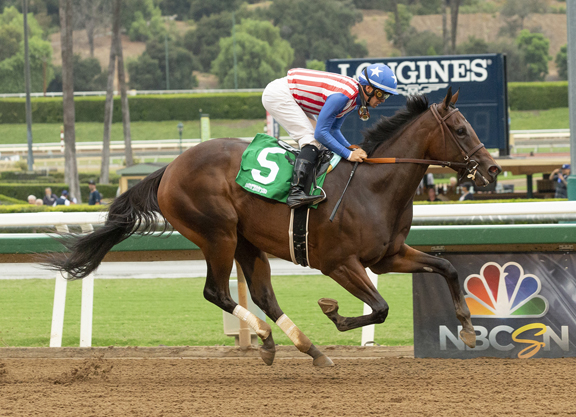 The jaw-dropping debut winner at Santa Anita Sept. 28 was favored at 2-1 in her first attempt around two turns in the GI Breeders’ Cup Juvenile Fillies Nov. 1, and finished a too-good-to-lose second to British Idiom (Flashback) that day.

“She didn’t win, but she ran a courageous race and that’s all you can ask,” trainer Simon Callaghan said following the Juvenile Fillies.

Two-time Grade I victress Bast (Uncle Mo) is the 4-5 morning-line favorite’s main rival. The GI Del Mar Debutante S. and Chandelier S. heroine was a solid third, beaten two lengths, after racing on a fast pace in the Juvenile Fillies. Hall of Fame trainer Bob Baffert won the last two runnings of the Starlet with Dream Tree (2017) and Chasing Yesterday (2018).