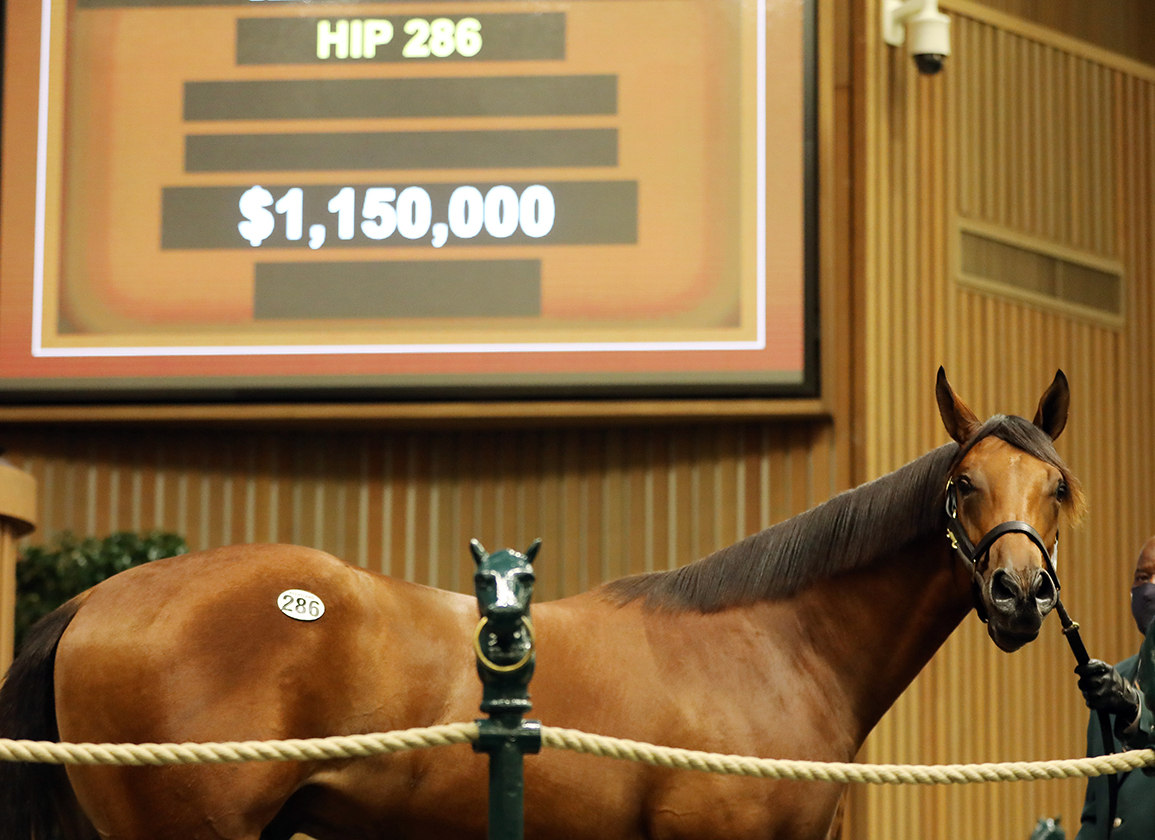 The silks of Lee and Susan Searing's CRK Stable have been a formidable presence in California in recent years thanks in large part to MGSWs Express Train (Union Rags) and Midcourt (Midnight Lute). Both stable stars have excelled in their division for trainer John Shirreffs with Midcourt taking last year's GII San Pasqual S. and Express Train claiming winning honors in the same race this year before also adding the GII San Diego H. to his growing resume.

While separated by two years in age, the stablemates also share the same breeder. Dixiana Farm sold Midcourt to David Ingordo, who signed on behalf of Mayberry Farm, for $450,000 at the 2016 Keeneland September Sale. Two years later, Express Train was purchased by the same connections for $500,000.

This year, Ingordo went back to the well for another Dixiana-bred to send on to Shirreffs for CRK Stable. During the second session of the Keeneland September Sale, he purchased Dixiana's Quality Road colt out of their stakes-placed homebred Brielle's Appeal (English Channel) for $1.15 million.

Steve Cauthen, who serves as Dixiana's racing manager, said their team was thrilled with the final hammer price.

“By the time we led him up into the ring, we knew he was a very popular horse and that we were going to be well-paid for him, but I don't think we were thinking he was going to pass the million-dollar mark,” he admitted. “But it was a good sale and he was a good horse out of a young mare and Quality Road is about as hot as any stallion on the market. So all the stars came together and worked for us.”

The successful sale was significant for the colt's breeders as it was the first million-dollar yearling produced by the farm's current owners, William and Donna Shively.

“The great thing that made Mr. Shively very happy was the fact that we bred and raced the dam and now we bred this horse,” Cauthen explained. “That's what you do this for. When you lead them up into that ring, it's like you're watching your kid playing soccer. When they do well, you're very proud about it.”

It was a symbolic purchase for Ingordo as well, as it marked the longstanding connection he shares with Dixiana Farm and the colt's female family. 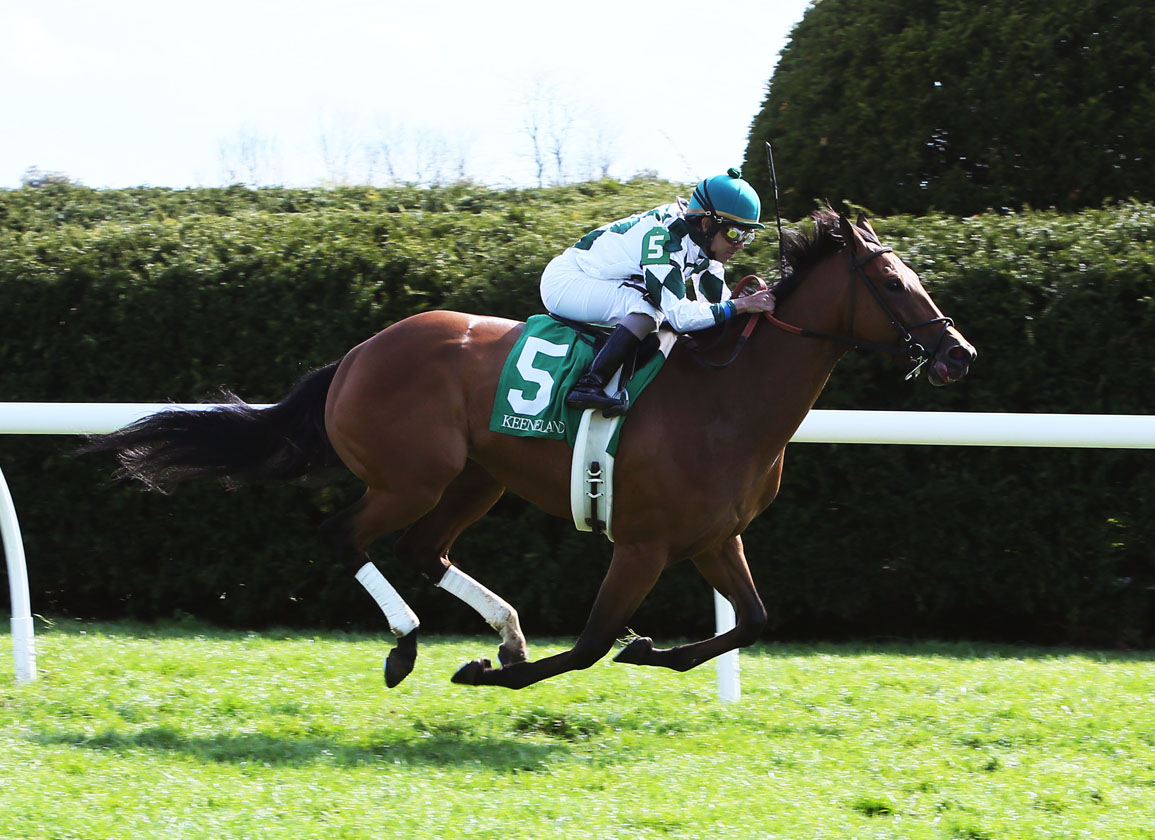 “When I was about 21, I worked at Walmac Farm under Johnny Jones,” Ingordo recalled. “One weekend, I had forgotten that there was an appointment and I had gone out on the farm jogging with my dog. Then this appointment showed up and it was Bill Shively. That was about 24 years ago, but it was one of those things that was probably fate because I hit it off with Bill immediately and he has been a good friend of mine since. He's given me a lot of good advice about life and business, and hopefully I've given him some good horse advice.”

One important tip that Ingordo offered to Shively came a few years later in 2006, when Ingordo recommended the purchase of an unraced 3-year-old named Court of Appeal (Deputy Minister). Dixiana Stables purchased the mare, who was in foal to Quiet American, for $335,000.

Two years later, Court of Appeal's Quiet American filly was offered at the Keeneland September Sale and Ingordo signed the $250,000 ticket on the yearling for Padua Stables..

“My arrangement with Padua was that I owned part of every horse,” Ingordo said. “She was kind of a start-and-stop filly, but we finally got her to Todd Pletcher.”

The filly, named Authenticity, didn't make her first start until she was four, but would eventually claim the GII La Troienne S. and GIII Shuvee H. while also running second in three Grade I contests. Sold for $1.2 million to Stonestreet Thoroughbred Holdings in 2013, she is now responsible for recently-retired MGISW 'TDN Rising Star' Charlatan (Speightstown).

In 2014, Court of Appeal produced a filly by English Channel. Dixiana sent the homebred to trainer Albert Stall. Named Brielle's Appeal, the filly won on debut at Kentucky Downs at three before later adding an allowance win at Keeneland to her resume and running third in the GIII Kentucky Downs Ladies Sprint S. Retired to the farm where she was foaled in 2019, her first foal was the million-dollar Quality Road colt.

“I've been following [this colt] for almost a year,” Ingordo said. “On my internal notes that I made for myself and for the farm, he always scored very, very highly. Because I knew his pedigree so well, it all added up to a million-dollar plus sale.”

Dixiana Farm, a historic landmark in Lexington for well over a century, was purchased by Bill and Donna Shively in 2004. Cauthen, who has been on the farm's team for six years, spoke on the relationship Dixiana holds with Ingordo.

“David is obviously a good horseman and he likes the way Dixiana breeds and raises their horses,” he said. “He's around the farm a lot and gets to watch the horses as they're growing and maturing. We're happy to have the association with David. He's been a big part of helping our farm continue to succeed and grow.” 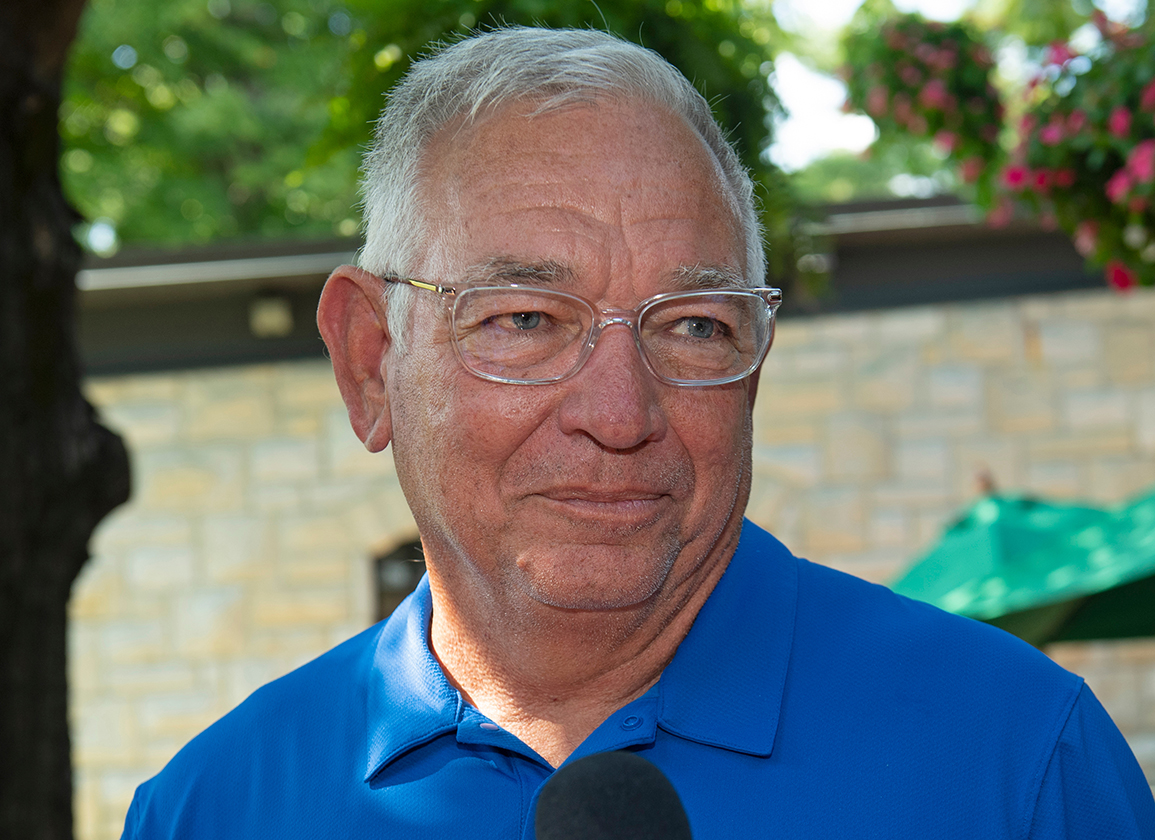 “Mr. Shively does such a good job of raising them,” Ingordo said. “No expense is spared for the horses and it gives you confidence to go and buy them and try to develop them. A rising tide lifts all boats, so these pedigrees continue to improve and it's a symbiotic relationship. My clients asks to buy Dixiana-breds because we've had such good luck with them.”

In addition to purchasing the $1.15 million Quality Road colt at the September Sale, Ingordo also went to $300,000 for the Accelerate half-brother to CRK Stable's Express Train–the goal being that this pair of youngsters can follow the same path as their two Dixiana-bred predecessors

“It's fine to sell a horse for a lot of money, but how many Express Trains and Midcourts are there that people give $450,000 and $500,000 for, but they never run,” Ingordo said. “It's a really positive thing for Dixiana that their horses sell for top dollar and then they go on and perform. That's something we don't always see. One of the great things about Dixiana is that they raise their horses really organically. They have good land and do everything right.”

While Brielle's Appeal did not produce a foal this year, she is now in foal to Speightstown. The closely-related cross to the speedy Charlatan could be an exciting sales prospect in just a few years.

“We're thinking maybe a champion in the Breeders' Cup Mile,” Cauthen said with a laugh, then added that Shively has expressed an interest in putting more focus on producing quality turf runners.

“[Shively] is a big fan of turf racing,” he said. “Compared to back when I was riding, there are at least twice as many turf races and turf stakes races, so I'm all for it. That's one of his main focuses, but obviously the goal is to raise good horses. Raise them healthy and do it the right way. We race a few, but mainly we breed for the sales. I think we're starting to really find our footing in the sales arena and hopefully now on the racetrack as well.”