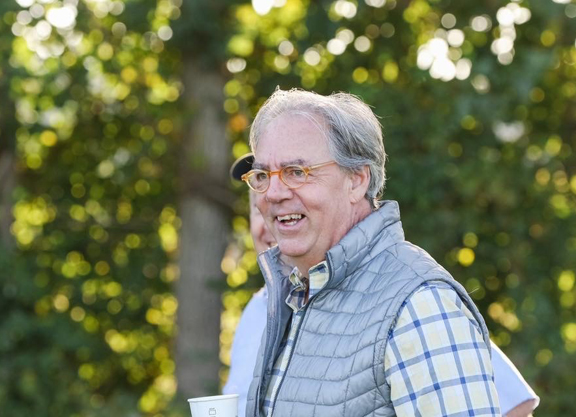 I have three sons and one daughter, and I would like to think that it will be as easy for her as it will be for them, but I know it won't be.

In this industry, Linda Rice is the unicorn of trainers as the most decorated female trainer in history. Julie Krone was the unicorn of her generation as a jockey, and the same goes for Georgeanne Hale as the first woman to serve as a racing secretary at a major North American racetrack.

I'm embarrassed by this- by the fact that there's so little representation of females and minorities at racing's highest level. By the fact that a woman is a unicorn if she makes these accomplishments.

Diversity and inclusion are, frankly, bullshit words. Because really, they're what people say to make themselves feel better. I would say that a lot of our lack of diversity is, to some extent, a reflection of our owners and breeders.

It all comes down to who you pick. At my little farm in Pennsylvania, both my veterinarian and farrier are women. I try not to have too many racehorses, but I've never had a woman trainer. The next time I have a racehorse, I think I need to make more of an effort to find a female trainer. I think that's an extra effort I have to make, to say 'look, it's time.'

When I was a kid at the racetrack, at least half of the grooms were African American. And now, almost none of them ever made it up the ranks to be trainers. That needs to change. It's obnoxious that we think these guys aren't qualified. They're all incredible horsemen who work so hard, and they have no shot. There have been guys training a long time who have never promoted a Hispanic groom to a higher position of assistant trainer.

If you have a trainer that you have been doing business with for a long time and you are loyal to him, then maybe use your clout as a good paying customer, and ask why their grooms are never promoted to assistant trainers. How come their assistant trainers always come from some other pool?

How can they become trainers if they can't be assistant trainers? Enough of putting that glass ceiling for those guys at the groom level.

Do you have an idea that you would be willing to share for this series? Email the TDN's Katie Ritz at [email protected]