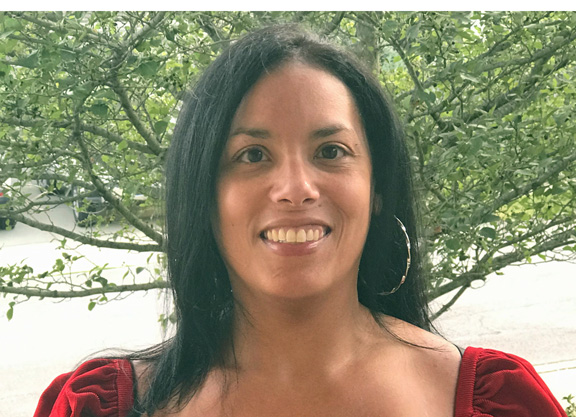 As a person of color in this sport, this is a topic that is extremely personal. This is my life. When you talk about what racing can do to be more diverse, in my mind, racing needs to start by acknowledging the issue of a lack of diversity in positions of power and influence. That is something that we have yet to do. I have pulled transcripts from symposiums and round tables, but there has been no discussion. The issue of the lack of diversity in this industry has not even been brought up.

And it's not just with people of color–it's women, the LGBTQ community, and so many other forms. The sport needs to look itself in the mirror. You can't fix the problem until you acknowledge its existence.

In racing, we talk about wanting to be seen as a mainstream sport. Well every other mainstream sport worth its salt has already taken measures to try to reflect the nation's demand for greater inclusivity and diversity, while racing has remained largely stagnant. So if we're going to make any progress, we need to get with the times and have the hard conversations that make people uncomfortable. And then we need to start taking action to make meaningful change. It's not just about filling quotas, you have to value people's experience and knowledge that they bring to the table, and allow them to make your sport better.

The power of representation is huge. We've seen that in many other different venues.

We have a generation of tennis players–Coco Gauff, Sloane Stephens, and Naomi Osaka, who would not be in the sport if they did not grow up watching the Williams sisters and thinking, 'I could do that someday. That is a road that is open for me.'

Where is our representation for people of color in this sport? On our boards, or for track announcers, bid spotters, auctioneers? Where can somebody of color look and say, 'I could do that.'

I'm a big fan of hockey, and the NHL has many similar socioeconomic challenges as horse racing. To its credit, the NHL looked themselves in the mirror and acknowledged that they have a problem. They asked themselves how they could become more inclusive and more diverse. They've been working on their Hockey is for Everyone initiative. They hired Kim Davis, who in 2012 was ranked in Essence magazine's “28 Most Influential Black Women in America,” as their Executive Vice President, Social Impact, Growth Initiatives, and Legislative Affairs. They are trying.

We're also seeing it play out in real time right now with NASCAR. Everybody knows NASCAR's roots with the Confederate flag. NASCAR is now saying that they're done with that, they want to change, and they're banning the Confederate flag. A couple weeks ago, they stopped the cars before a race and NASCAR president Steven Phelps came out and delivered a speech acknowledging their issues. It's been a long time coming for them, and something they probably needed to do a long time ago, but they are now working to solve their issues.

Anyone who has a problem with what these organizations are doing is probably part of the problem.

We need that representation, and until we address the issue, nothing will change. We wonder why nothing changes in this sport, but we've been recycling the same people in the same positions over and over again, and we act surprised when we get the same result.

It's high time that our sport has its feet held to the fire on this. I love this sport, but as a person of color you want this sport to love you as much as you love it. There's been very few organizations and entities in this industry that have spoken up during all of this. Don't think that the silence has not been unnoticed.

I am grateful to work for an organization in the NTRA that has stepped up and spoken out and is taking meaningful action toward improving these issues through our work with the Legacy Equine Academy.

This issue does not have to be political, it is an issue of humanity. If we can't stand up against racism, what does that say about the sport? Every other sport is figuring this out, why can't we? If we want to be treated as a mainstream sport, here's our chance to be part of the mainstream conversation.

There's a reckoning coming for the world right now, and racing needs to figure out what side of history it wants to be on.

As many people in the United States and around the world question their personal views on diversity and racial inclusion, we decided to look inwardly on our industry, and we found it wanting. So we asked a tough question to several industry members- How do we make racing at its highest level more diverse? Do you have an idea that you would be willing to share for this series? Email the TDN's Katie Ritz at [email protected]