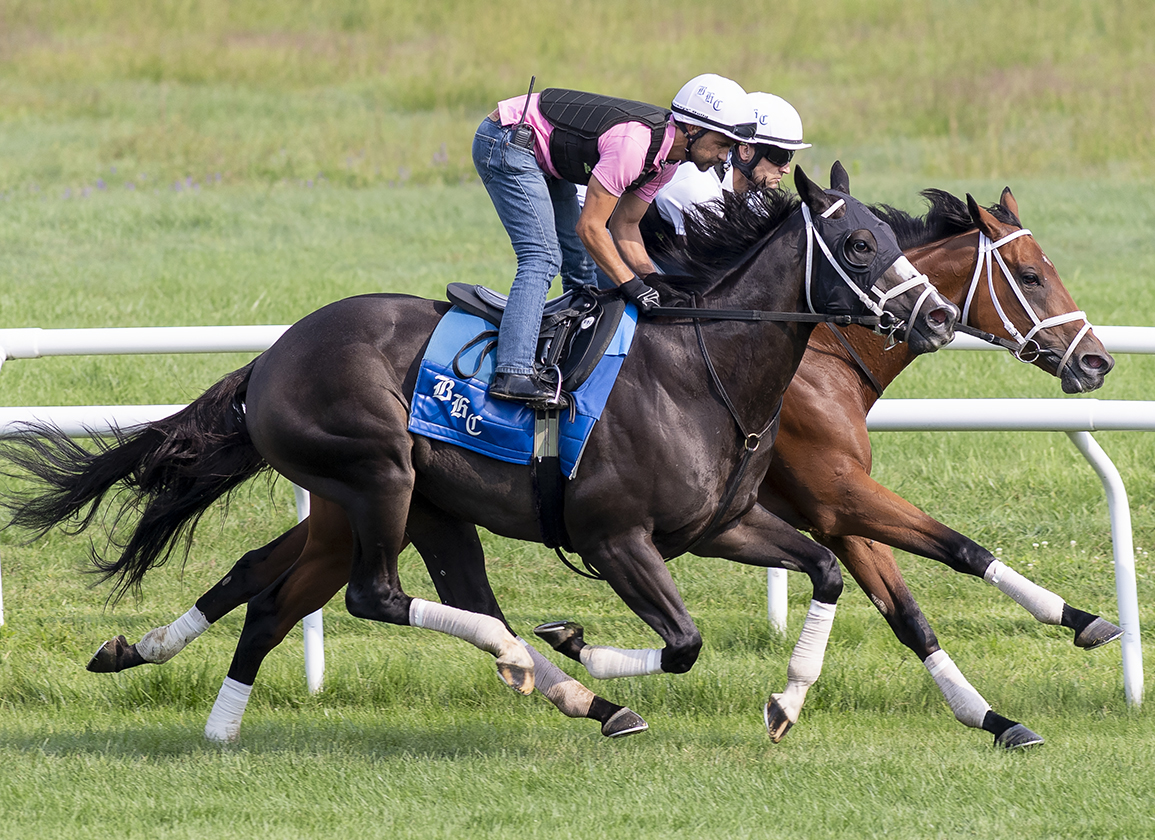 Between them, trainers Brad Cox and Mike Maker have won the two most recent runnings of the GII Dinner Party (ex Dixie S.) on the Preakness S. undercard and the accomplished conditioners look to have Saturday's renewal surrounded as well.

The reigning Eclipse Award winner Cox is represented by Juddmonte's Set Piece (GB) (Dansili {GB}), who was rerouted to this spot after scratching from a potential defense of his title in the May 5 Opening Verse S. at Churchill Downs. Winner of that track's GII Wise Dan S. last June, the homebred was runner-up in the GI Fourstardave H. at the Spa in August and most recently raced a bit freely when seventh first off a September layoff in the GI Maker's Mark Mile at Keeneland Apr. 15. Cox saddled Factor This (The Factor) to take the 2020 Dinner Party.

Maker sent out Somelikeithotbrown (Big Brown) to score last year and tightens the girth around Three Diamonds Farm's Atone (Into Mischief) here. Second in last year's GII Fort Lauderdale S. at Gulfstream Dec. 18, the bay gelding was beaten less than two lengths into fourth behind Colonel Liam (Liam's Map) in the GI Pegasus World Cup Turf Jan. 29 and fought on bravely to finish just a length off Shirl's Speight (Speightstown) when completing the super in the Maker's Mark.

Beacon Hill (Blame) looms an intriguing alternative to the top two choices off an Apr. 20 allowance effort at Keeneland in which he lagged back, came wide with what appeared to be a winning bid, but lugged in on multiple occasions and lost a bob. Joel Rosario sees fit to hop back aboard.