Dettori And Gosdens Set To Reunite With Emily Upjohn And Inspiral 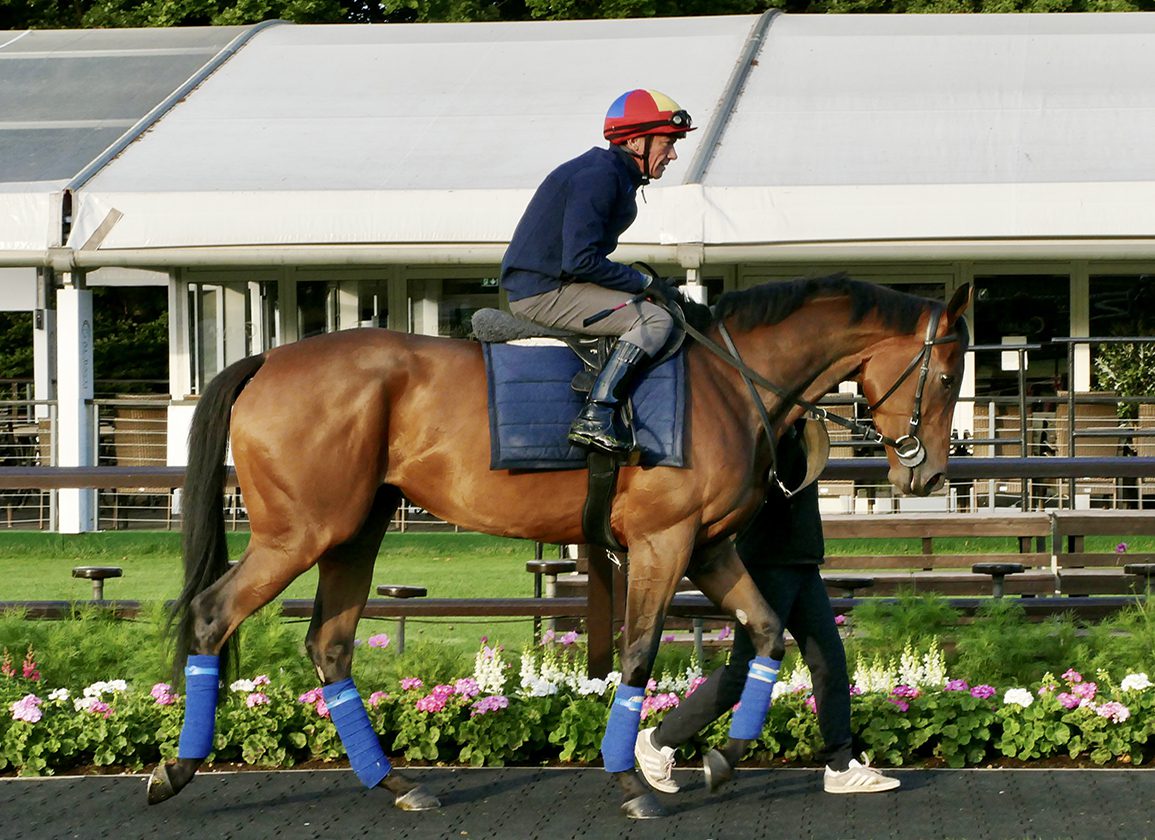 John Gosden is a man who chooses his words carefully, and when he released a statement to say that he and stable jockey Frankie Dettori were having “a sabbatical” it was an indication that the situation would be temporary.

The end to that sabbatical looks likely to come sooner that many had expected. On Tuesday morning in Newmarket Dettori was aboard Emily Upjohn (GB) (Sea The Stars {Ire}), the filly who was so narrowly denied victory in the Cazoo Oaks, and who will now head to the Curragh for the Juddmonte Irish Oaks on July 16. The pair galloped on the July Course shortly after 6am ahead of an appearance by Japanese Darley July Cup contender King Hermes (Jpn) (Lord Kanaloa {Jpn}) an hour later.

Gosden, at the track with his son and co-trainer Thady, and Emily Upjohn's part-owner Jon Shack, said, “It's lovely ground, in perfect condition for the July Meeting. We were very happy with her work and she's pointing towards the Irish Oaks. We're in the middle of a dry spell and the Japanese horse was coming so we thought we'd slip in on his coat tails. It's nice to get onto the grass and get a feel of the track.”

Of Dettori's reappearance aboard the filly, who will not take up her engagement in the G1 King George VI and Queen Elizabeth S., he added, “The plan is he will ride her in the Irish Oaks. That's why he's here this morning. We'll stay with the 3-year-old fillies for the moment. I've got a lot of respect for the two Derby winners, and for the Arc winner.”

Gosden continued, “I need a jockey that focuses. It can't be a part-time job. As it was pointed out at Wimbledon, Rafa Nadal practices the most and the hardest in the mornings. That's what it's all about. It's very clear. I've said I'm pleased with the way Frankie has just got on with it and is getting rides everywhere else. That's exactly what I wanted to see.

“He has rather taken pride in how few mounts he has in a season and I am very clear that, working with him in the last seven years, we've been very careful how we've managed it with the rides. He doesn't need to be charging off to the small tracks; those days are over, we did that in the 1990s together. But I am very clear that we need to be more focused and a little less part-time. That's all. And that's what it's about, it's about nothing else.”

The trainer later confirmed on the Nick Luck Daily podcast that Dettori will renew his partnership with Inspiral, who he has ridden to four of her five victories, at Newmarket.