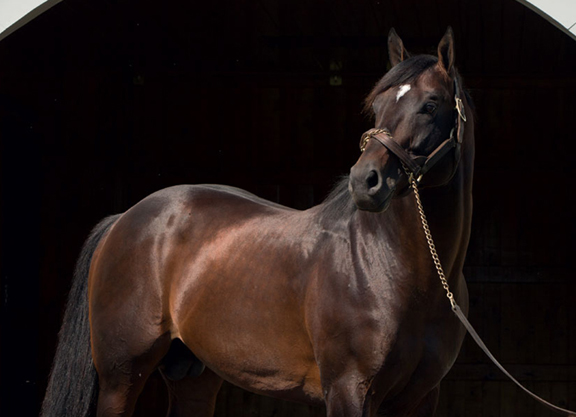 Desert Party (Street Cry {Ire}–Sage Cat, by Tabasco Cat), who was standing at Irish Hill Century Farm in New York, is moving to Judith Barrett's Godstone Farm in Littletown, Pennsylvania, according to stallion Manager R. A. Brooks, Jr. He will stand for a fee of $2,500, with special consideration to Pennyslvania-foaling mares and multiple mare discounts available.

A $425,000 Keeneland September yearling, Desert Party topped the 2008 Fasig-Tipton Calder sale on a bid of $2.1 million and was trained by Eoin Harty to win that year's GII Sanford S. at Saratoga. Switched to Saeed bin Suroor in Dubai thereafter, the bay won the 2009 G3 UAE 2000 Guineas and was runner-up in the G2 UAE Derby in the final year of racing at Nad al Sheba. He added the 2010 G3 Mahab al Shimaal on the synthetic track at Meydan in 2010 and capped his career victoriously in the LeVine Memorial H. at Philadelphia Park.

“I just got off the phone with Eoin Harty, who trained him as a 2-year-old,” said Brooks. “He explained him like this: if he were a human, he'd fill the room. He has a stunning presence. And he's tough. He never was tired after a race, or after a workout. The next day he was ready to do his business.”

The sire of two winners from every three to race, Desert Party is responsible for seven black-type winners, including Peruvian Group 3 victress Salama. He was among the leading sixth-crop sires of 2019.