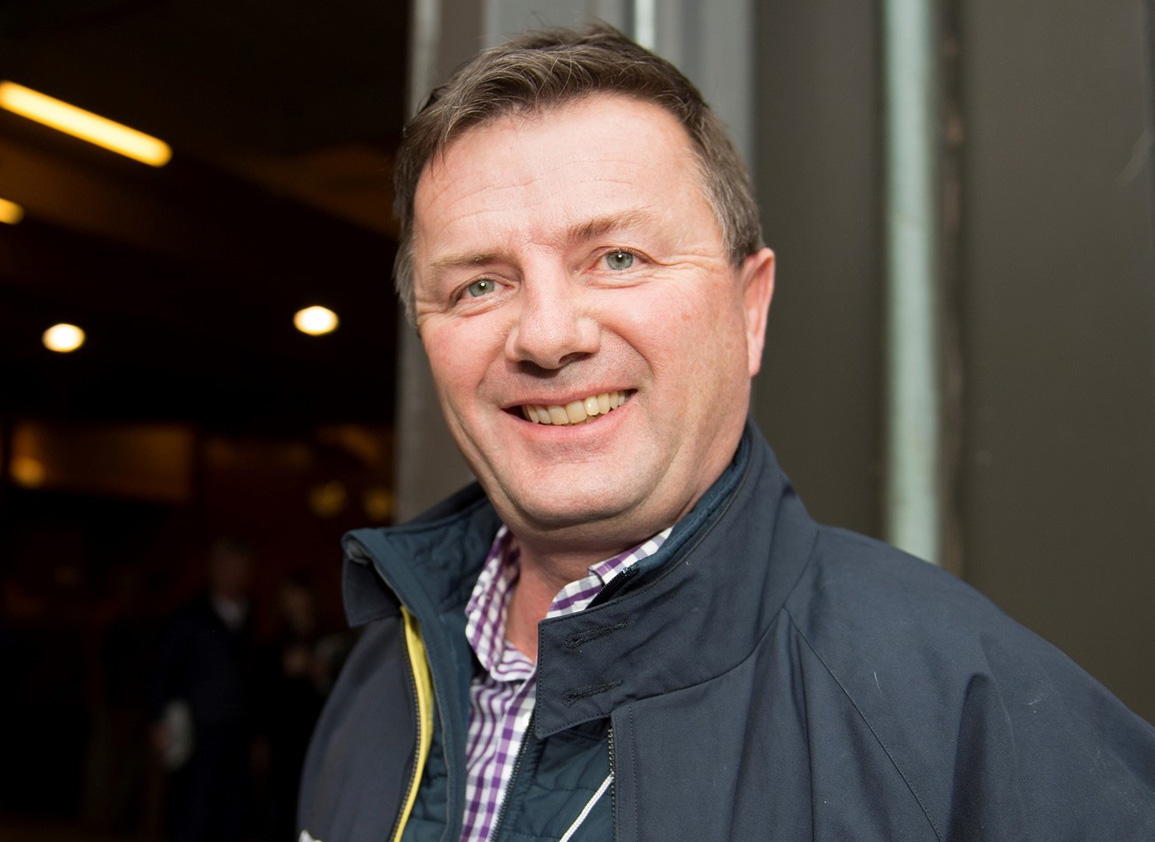 Ryan has long been a supporter of the club, through donations, involvement in club events, and encouraging participation from other Ashford Stud employees. With his blessing, Ashford Stud hosted the inaugural KTFMC 5K in 2016 and has expressed interest in hosting again in the future. He has supported other programs such as KEMI by taking students each session and has served on many boards and committees industry wide.

He grew up in Tipperary, Ireland about an hour away from Coolmore. He had exposure to horses, thanks to his parents Malachy and Miriam, riding, hunting and showjumping from a young age. After leaving school, Ryan completed the Irish National Stud course. From there, he went to work at Coolmore at the age of 19 for eight years before coming to Coolmore America in December 1992, where he has remained ever since.

While in America, Ryan met his wife Debbie. Ryan is currently a Director of the KTA/KTOB and is on the Board of Directors at the Gluck Center.

“It has been amazing to see Ashford grow through the vision of John Magnier and his family,” Ryan said. “I am very thankful to have been given the opportunity to be a steward of such a wonderful place, to be around such amazing horses and work with wonderful people. It has been as much of a pleasure seeing young horses progress and go on to be successful as it has been seeing the success of the young people, past and present that have come through Ashford. We have a lot to be grateful for working in such a fantastic industry here in central Kentucky and I am very thankful to all of the breeders who have supported us and have been a great pleasure to work with over the years. I am very humbled and thankful to all at the Kentucky Thoroughbred Farm Manager's Club for this award.”

John Magnier added, “The horses and people at Ashford are always at the forefront of his mind. He is the real deal, and it is a great honour for him to receive this award. We are proud to have been associated with him and his family for such a long time, it is very well deserved and comes as no surprise to us.”

M.V. Magnier said, “It is a great honour to see Dermot receive such a well-deserved award and we are delighted to see that others see what we see on a daily basis. We have been very lucky to have him at Coolmore for so long, he is a great guy and if he wasn't in this business, he could have turned his hand to anything.”