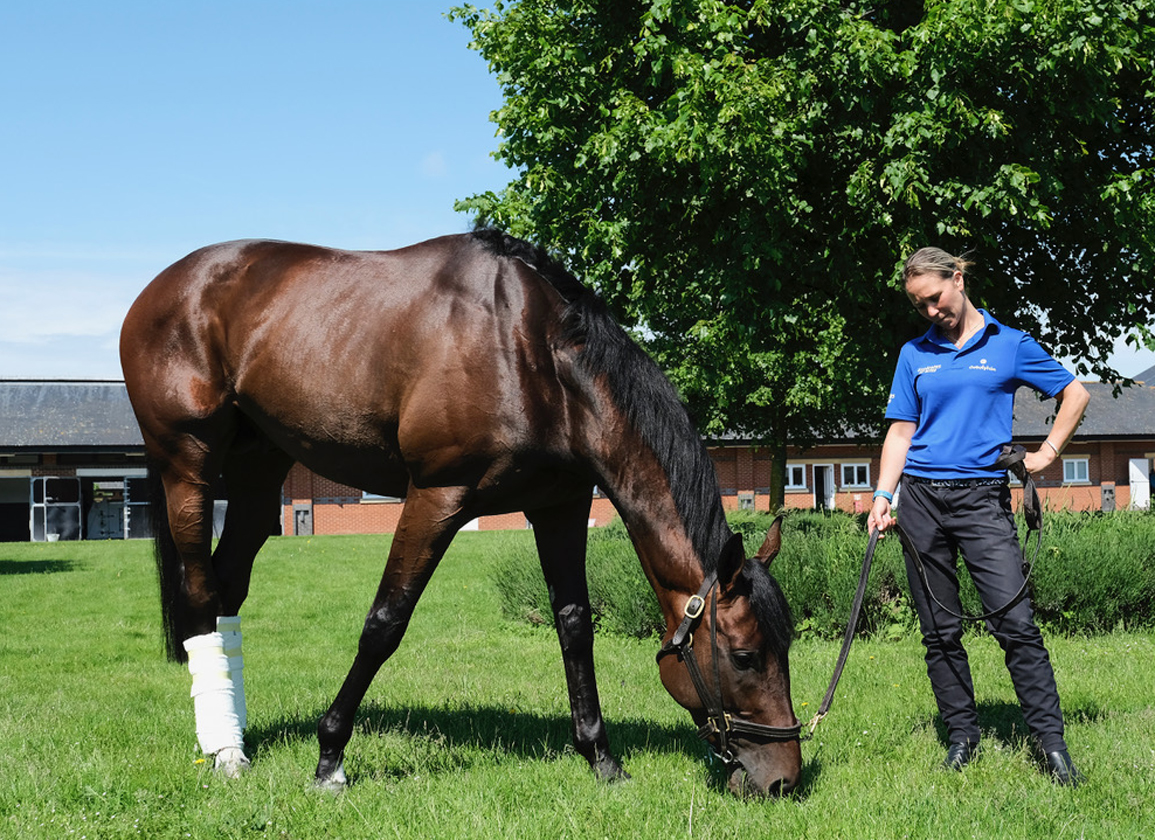 Godolphin's Adayar (Ire) (Frankel {GB}), winner of the G1 Cazoo Derby and the G1 King George VI And Queen Elizabeth S. in 2021, is likely to run in the G1 Qatar Prix de l'Arc de Triomphe on Oct. 2, as long as he gets his desired ground, trainer Charlie Appleby confirmed on Thursday. If the going is too deep, he will instead be pointed for the Oct. 15 G1 Champion S. at Ascot. Fourth in the ParisLongchamp test last year over the heavy going, the bay was then fifth in the G1 Champion S. on QIPCO British Champions Day. Planned runs at Royal Ascot, Sandown, and Ascot, did not come to fruition, and the bay made a successful return to the races in the Hilton Garden Inn Doncaster Conditions S. over 10 furlongs at Doncaster on Sept. 8.

“It's most likely Adayar is going to work on Saturday and if we're happy with that work we will then leave him in the Arc on Monday and take a look at it then,” said Appleby.

“We'll keep an eye on the ground. We know what it can be like [at ParisLongchamp] and I don't want him to have to encounter what he went through last year.

“Admittedly the race wasn't run to suit us–we ended up on the lead where we didn't want to be–but it was very testing conditions and then we backed him up on Champions Day.

“The mindset is still Champions Day, but if the Arc comes up as being sensible ground, we know at this time of year you're going to have to go where the ground is because every day it can change.

“If I was going to say we'll wait for Champions Day and all of a sudden it's bottomless there, I'll be kicking myself that I've potentially missed an opportunity of running in the Arc on decent ground.”

Added Appleby, “He looks great. Everyone was very pleased with the manner in which he did it at Doncaster and he's come out of there thinking he's King Kong again, and that's what you need.

“He finished last season off with two gruelling races in the Arc and on Champions Day and it takes a lot for a horse sometimes to come back from it.

The trainer also provided an update on Hurricane Lane (Ire) (Frankel {GB}), who won three Group 1s in 2021 and was third in the Arc later that season. Third in the G2 Hardwicke S. on his 4-year-old bow, the chestnut has not graced a racecourse since an eighth-place finish in the G1 Grand Prix de Saint-Cloud on July 3.

“He's probably not going to be in the equation, to be honest,” Appleby added. “I feel for him in that we encountered quick ground during the summer. The first run [at Royal Ascot] we got away with it and on his second run we didn't think we'd get the conditions we unfortunately ran on in the end and it didn't help his cause.

“I backed right off him and what he's encountered hasn't helped us in preparation for an Arc.”