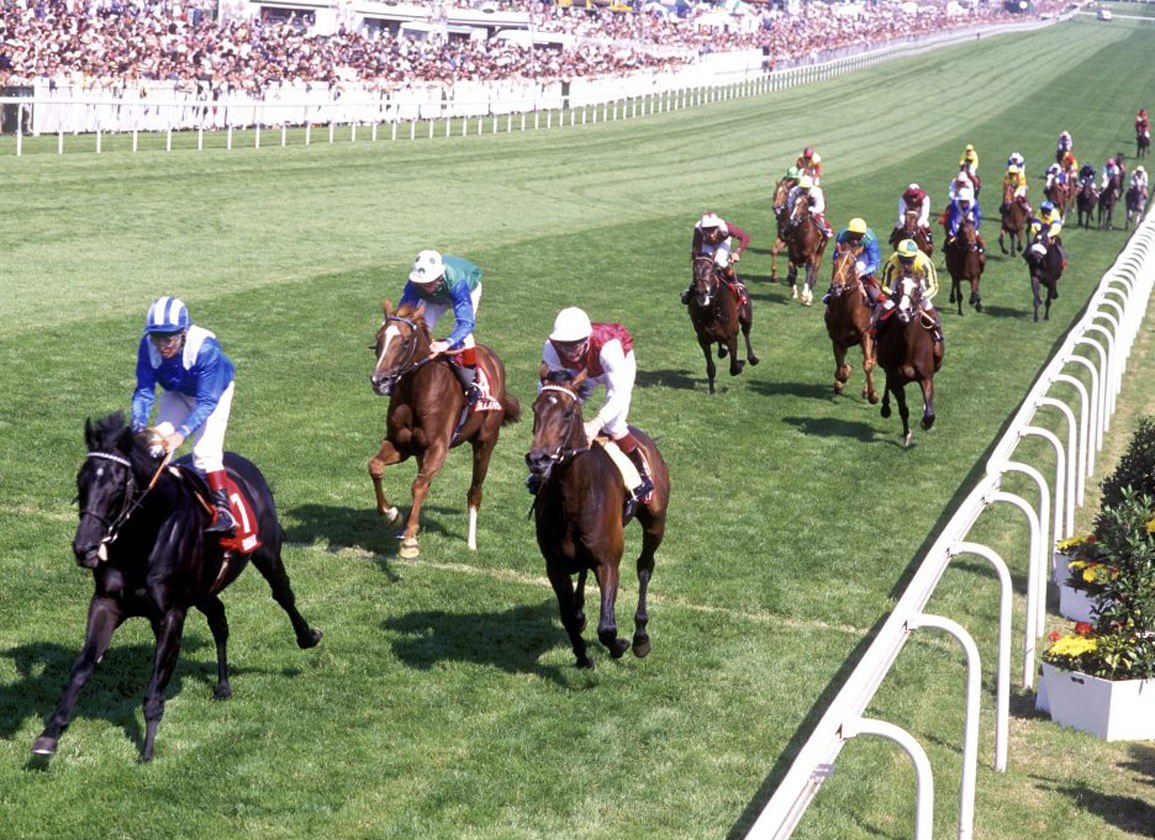 Shadwell's Erhaab (Chief's Crown–Histoire {Fr}, by Riverman), who won the G1 Derby at Epsom in 1994, died peacefully this week at Batsford Stud. The 30-year-old, the oldest surviving winner of the Blue Riband, had spent the past decade at the Gloucestershire stud.

Bred by Sheikh Hamdan's operation in Kentucky, the half-brother to Group 2 winner Oumaldaaya (Nureyev) and stakes winner Hispanolia (Fr) (Kris {GB}) was trained by John Dunlop. In five starts as a juvenile, the dark bay won twice and was also third in the G3 Horris Hill S. at Newbury. He made his sophomore bow with a second in the Listed Feilden S. in April. Successful in the G2 Dante S. next out, he ran out a 1 1/4-length victor in the Derby-both of those wins were under Willie Carson. His final placing was a third in the G1 Eclipse S. at Sandown

A damaged suspensory ligament brought about his retirement later that summer with a record of 11-4-2-2 and $905,450 in prizemoney. He stood in Japan, Kentucky, and Shadwell's Beech House Stud, and was later a jumps stallion at Wood Farm Stud and Batsford Stud. As a stallion, he sired a quartet of listed-placed progeny in England and Japan, while his daughters have produced three black-type winners in Japan.