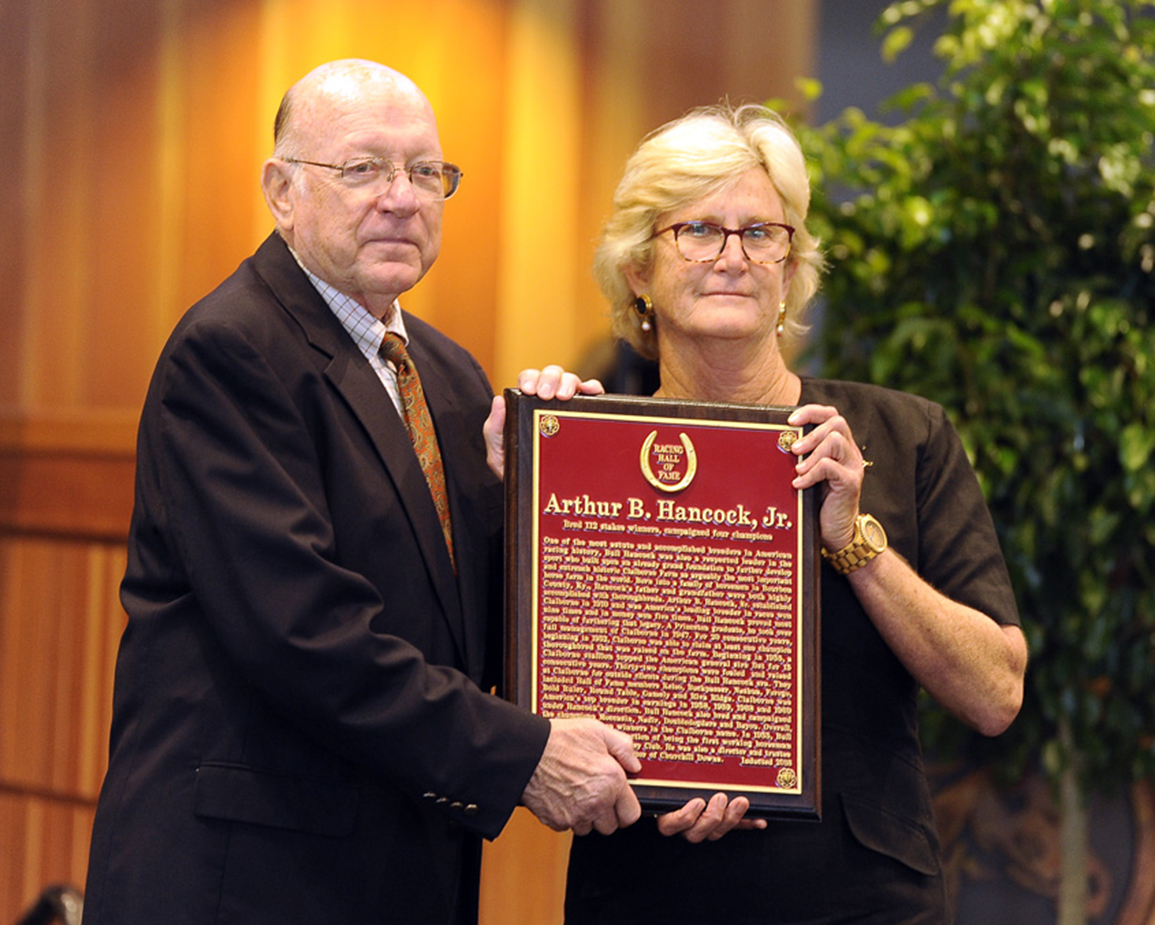 Grayson-Jockey Club Research Foundation announced today that Dell Hancock, chairman of the foundation, has been named the fifth recipient of the Dinny Phipps Award. She will be presented with the award at the Belmont Stakes Charity Celebration, which will be held Thursday, June 9.

Earle Mack, an active participant in Thoroughbred racing and breeding for more than five decades, created the award in 2017 in memory of Phipps to honor an individual or individuals who have demonstrated dedication to equine health. Previous winners of the Dinny Phipps Award are the Phipps family, Frank Stronach, John Oxley, and Michael Del Giudice.

“Dell has been a tireless worker and friend in every area of our industry and most deserving of the Dinny Phipps award,” Mack said. “Dell, thank you for a lifetime of dedication.”

Hancock joined the Grayson board in 1985 and was named chairman in 2004. She has been an active member of The Jockey Club (TJC) for more than 25 years and served two terms on the board of stewards. She is currently a member of TJC's Thoroughbred Safety Committee. Under Hancock's leadership, Grayson has become the largest private funder of equine research. Since 2004, the year Hancock became chairman, Grayson has provided more than $21 million to fund 231 projects as well as an additional $480,000 to fund 30 career development awards.

“The Hancock family and the Phipps family have a long, deep relationship, which makes me even more honored to be the recipient of this award bearing Dinny's name. He is a man I respected in so many ways,” Hancock said.

The Belmont Stakes Charity Celebration, traditionally one of Grayson's largest fundraisers, will be held at the famed Tavern on the Green in New York City's Central Park. It will be hosted at the venue's south patio, which features views of the park and Manhattan skyline.

The event is scheduled for 7-10 p.m. and will include cocktails and food stations with an emphasis on Kentucky flavors. Entertainment will be provided by Kentucky's own Wolfpen Branch, a bluegrass band co-founded by Arthur Hancock IV.

Tickets for the celebration are $250 each, and various sponsorship levels are available. Those interested in purchasing tickets or sponsorships can do so at this link or by contacting Shannon Kelly at [email protected] or 212-521-5327.