Home » Archive » Europe » Deauville, It's Good To Be Back

Deauville, It's Good To Be Back 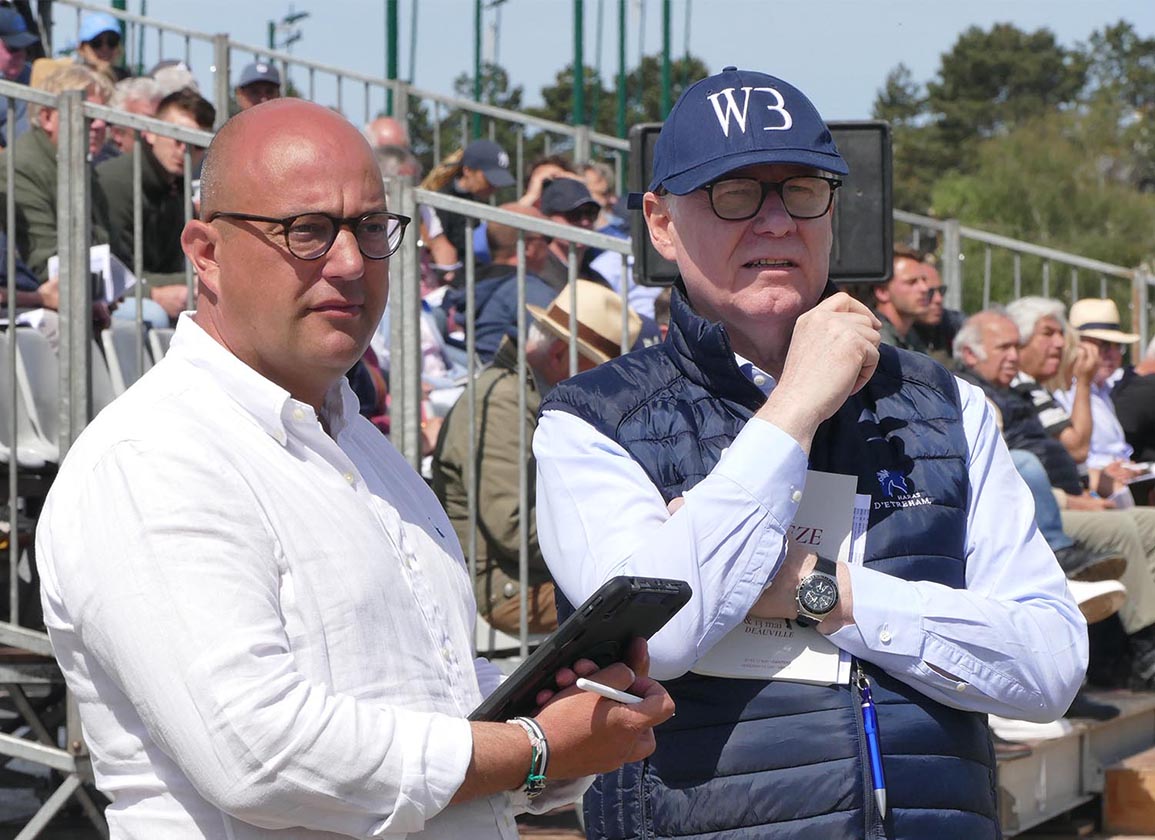 DEAUVILLE, France–With a glinting sun, seagulls on the wing, and the occasional hint of a sea breeze, it is hard to imagine on this perfect spring day that there was ever anything wrong in the world. But it was three years ago that Arqana last held its Breeze-Up Sale at its rightful home in Normandy, with a prolonged pandemic twice forcing the uprooting of one of the most popular auctions of the year to Yorkshire.

“It is good to be back here,” says Freddy Powell, Arqana's executive director. “But we are still very grateful to Goffs UK for hosting us for two years. We know our own place better though and it's great to see the smile on everybody's face to be back in Deauville. Some of them are already saying that they can't wait to be back in August.”

It is easy to see why, for there is no more pleasing backdrop to the serious business of a horse sale than the seaside town where racehorses wander through the streets of a morning. With the horses in training back in their stables for the day, it is the turn of the next intake. In front of packed stands and a complimentary hot dog stall, juvenile after juvenile breezes down the back straight of Deauville's turf course with pleasing frequency, coats gleaming now that the winter is fully behind us.

“The consignors have done a wonderful job,” Powell says. “Obviously we have more time than the other sales, and especially with fillies at this time of the year, suddenly they start to look great. The feeling is that if you don't have a horse for the early races, what is the point in rushing them to a sale when you can come to Deauville in May.”

The horses don't just look good, however. There are some serious pedigrees among the original 145 catalogued and the seven wild-card entries. Just by Lope De Vega (Ire) alone you can find the full-brother to Phoenix Of Spain (Ire) (lot 17), winner of the Irish 2000 Guineas three years ago and now a member of the Irish National Stud roster. At the National Stud in Newmarket is the new recruit Lope Y Fernandez (Ire), and his full-sister pops up in the catalogue as lot 107. Both 2-year-olds hail from the draft of Church Farm & Horse Park Stud.

“We don't worry so much about pushing them to do a really fast time,” says Roger Marley of Church Farm as he watches the breeze with his consigning partner John Cullinan. “I like them to be moving well within themselves and finishing off nicely.”

He adds as their Sea The Moon (Ger) colt (lot 140) gallops by easily under jockey Gary Halpin. “I'm delighted with that, they've breezed really well today.”

Among the onlookers are visitors from America, Dubai, Saudi Arabia, Britain, Germany, Scandinavia and beyond. Bhupat Seemar, who had his first taste of the Kentucky Derby experience with Arqana graduate Summer Is Tomorrow (Summer Front) last Saturday, sits alongside his uncle Satish, from whom he took over the training licence in Dubai last year. Marc Chan, who is represented by former Arqana August yearling New Mandate (Ire) (New Bay {GB}) in Saturday's G1 Lockinge S., is in attendance with agent Jamie McCalmont, and also at the sale is Dean Reeves of GI Breeders' Cup Classic winner Mucho Macho Man fame.

“Obviously through War Of Will (War Front), winning the Preakness with a horse who was sold as a 2-year-old in France was a great thing for us,” says Powell. “But for the last few years we have had Kentucky Derby contenders and that's quite special.

“It shows as well the know-how of our horsemen in Europe, that they are preparing horses to run all over the world.”

He adds, “We are very thankful to France Galop and how they work the Deauville track to ensure it is perfect for the breeze. And we are grateful to the trainers here who had to finish earlier this morning for the breeze, and who cope with not being able to use the all-weather track for a few days. But they understand that it is great for people from all over the world to come here to see all the amazing facilities that Deauville has, and perhaps they will end up having a horse trained here. It's a wonderful showcase.”

Norman Williamson, the consignor of War Of Will at this sale four years ago, offers a pair of juveniles from his Oak Tree Farm, including a Kingman (GB) colt from the Lordship Stud family of Swiss Lake (GB) (Indian Ridge {GB}). As lot 72, he was among the fastest breezers of the day.

“They did a great job on the ground,” Williamson notes. “It was watered every night and they had a great covering of grass. It is quick ground but these are Flat horses and I thought there was a good cover of grass on it. There seems to be a lot of people around here so hopefully it ends up being a very good sale.”

Come Friday night, we will know just how good the sale has been, but the early signs are more than encouraging.