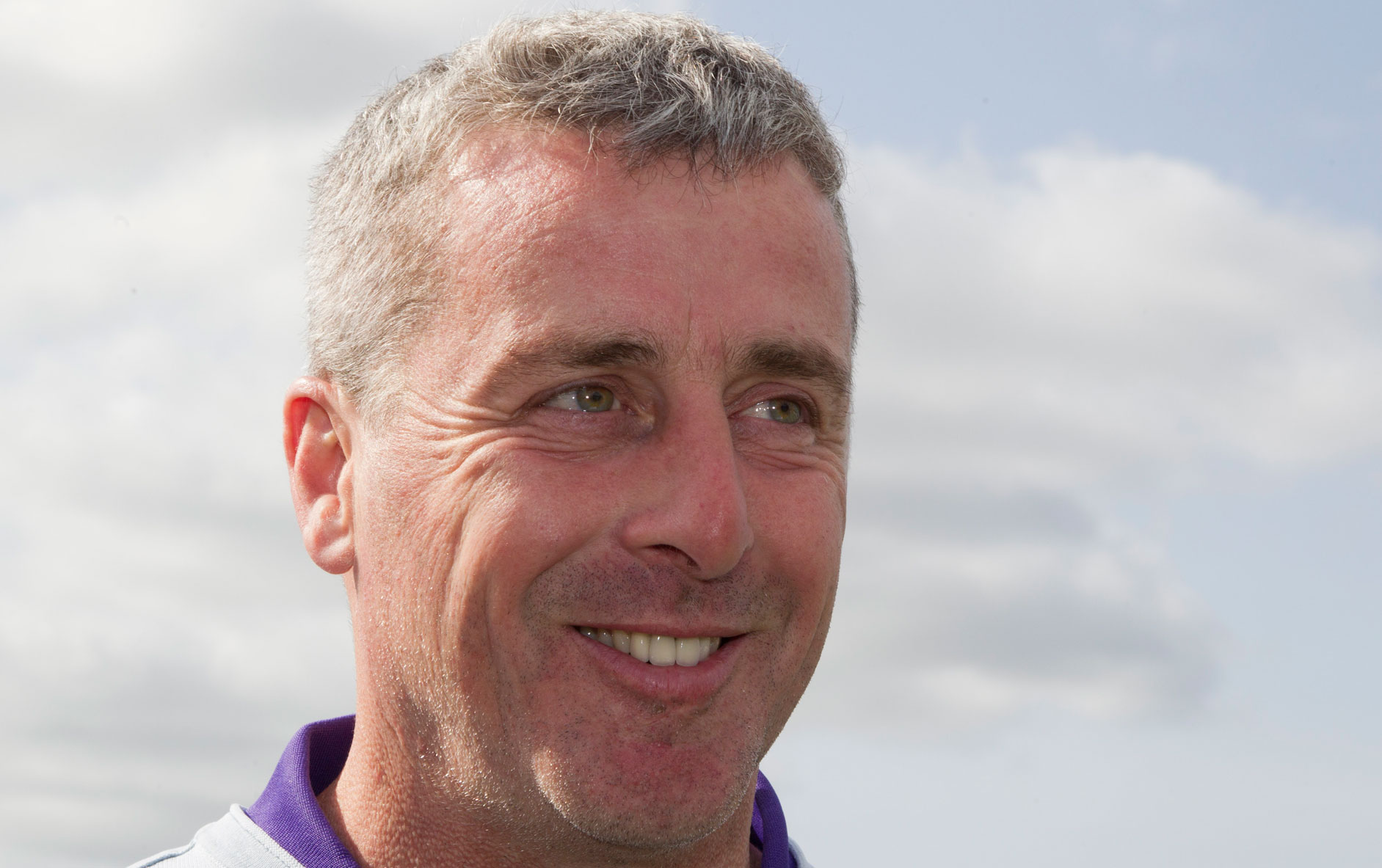 Tipperary-based trainer David Marnane has made the most of his first trip to the Keeneland September Yearling Sale, snapping up four youngsters–three colts and one filly–for a modest combined sum of $167,000. The most expensive of the quartet was hip 2857, a Trackside Farm-consigned son of Hat Trick (Jpn), who Marnane acquired privately for the colt's RNA price of $75,000. Additionally, Marnane was the successful bidder on hip 1961, a Four Star Sales-consigned daughter of Super Saver–Belicia (Unbridled's Song); and hip 3071, a colt from the second crop of Algorithms consigned by Lantern Hill Farm whose page is full of black-type runners. A short time after signing for hip 3357, a colt from the first crop of Data Link he was able to secure for just $10,000, the Irishman could scarcely contain his enthusiasm as he reflected on his time in the Blue Grass.

Like many who ultimately ply their trade as horse trainers, Marnane began his career in the saddle as a highly successful jumps jockey and was second to none other than Willie Mullins in the race for champion amateur rider in 1994, according to Marnane's website (www.davidmarnaneracing.com). After logging a few more seasons as a jockey, Marnane, the brother of the successful horseman Con Marnane, shifted gears and moved to Dubai, where he became an assistant to trainer Kiaran McLaughlin and, once the latter returned to the United States, to trainer Doug Watson for a season.

When he struck out on his own in 2005, Marnane had but 14 stables and a half-dozen inexpensive horses, but he nevertheless made a name for himself despite having just 40 starters in his first six years as a trainer. His runners performed with credit in some of Britain's always-competitive handicaps and posted victoriees in the Portland at Doncaster (twice), the Victoria Cup at Ascot, and Marnane sent out the first Irish-trained winner of the Wokingham H. at Royal Ascot in 27 years in the form of Dandy Boy (Ity) (Danetime {Ire}) in 2012.

In recent years, Marnane has been a fixture at the Dubai International Racing Carnival, for five wins, 15 minor placings and over $4 million in prizemoney since 2011. Perhaps the stable's most consistent money spinner, in the desert and elsewhere, has been Elleval (Ire), one of several offspring of Kodiac (GB) with whom Marnane has tasted success. A conditions winner at the Carnival in 2013, Elleval took home a check for $400,000 when runner-up to Lines of Battle (War Front) in that year's G2 UAE Derby. Nocturnal Affair (SAf) (Victory Moon {SAf}) was a winner at the 2012 Carnival and went on to finish sixth, beaten two lengths, behind Ortensia (Aus) (Testa Rossa {Aus}) in that year's G1 Al Quoz Sprint.

“Dubai is a great place to train and it's a great opportunity for our horses to go there and run for good prizemoney and good prestige, especially for a yard that is not a very big,” offered Marnane, who said he has 25-30 horses under his care.

But the Emirates are a long way from Central Kentucky, and Marnane decided to make the trip, with the express intent of sourcing the next generation of horses who might be good enough to represent the stable at Meydan.

“We're always looking for that type of horse–now with the dirt in Dubai–that we can bring over to Europe, and if he gets to that level, that he might have the pedigree that we might be able to get them there,” he commented. “If we have a horse good enough, we like to travel them; we don't bring them for a social occasion, but we bring them if we think they have a live chance.”

“I suppose first and foremost, we are probably looking for a very genuine type of horse,” he said. “I just find that a good, genuine kind of horse is going to run for you. I'm not really looking for that muscled-up dirt horse. I'm looking for that good, flowy walker. That he has a good swing and has a bit of presence about him.

He continued, “Yes, pedigree, of course, is important, but so long as the pedigree is there–even if it is going back some–as long as he has a good family at some stage, the tendencies come around again. I'm not overly keen on going for horses from mares that are overly exposed, that have had a lot of runners and just winners. I like for the mares to be a little more unexposed and that something might happen for you. At the end of the day, I'm not buying those expensive horses. We gave $75,000 for the Hat Trick colt that I loved, but we're always looking for value and nice horses. If you can try to buy yourself a good, solid type of horse, it definitely helps along the way.”

The conditioner explained that from here, he allows the animals do the talking.

“We're not terribly hard on them at two. We space out their races quite a bit and I feel that encourages them to last longer,” he suggested. “A lot of our horses seem to thrive as they get on. We have a sprinter aged eight and he's running now to his highest mark. He's still performing at the peak of his power. I think that's because we don't kill them as 2-year-olds. We let them tell us when they're ready and then we plot their course.”

Bloodstock agent Marette Farrell has been helping Marnane and his team while in Lexington.

“Marette has given us a big hand this week. She's fantastic,” he said. “She has a great eye for a horse. Every horse she sent us to look at we were interested in, she seemed to know exactly what we wanted.”

Overall, the experience of spending time at the September sale has been an eye-opener for Marnane.

“The sale has been very strong,” he said. “One thing I do like about the American horses is that they're very big and strong compared to the European ones. The pedigrees are quite good as well. I think you might be getting a better pedigree for your buck over here. In Europe, when one has a good pedigree, they'll make their money. When you're buying at that $20,000-$50,000 level, you have to think outside the box a bit. I love the horses we bought here. Even if I'd left here with only one of the four, I would have been more than happy.”

Time will be the ultimate arbiter, but Marnane sees the glass very much as half-full

“I'm very happy and very confident with what we bought. Now we just need a bit of a luck.”