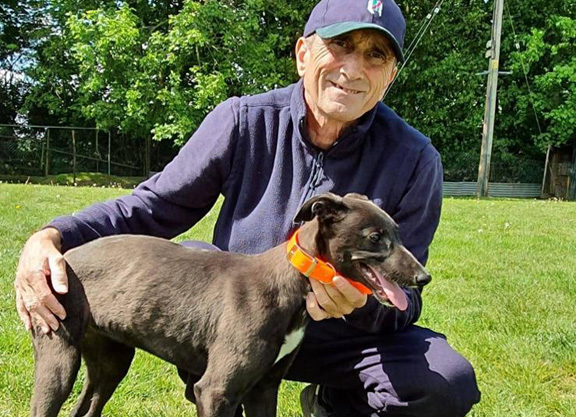 Friends and former colleagues of David Hawes, who died on Friday, 16 October, will have the chance to pay their respects from outside Tattersalls on Wednesday as his funeral cortege passes by the sales house.

A longstanding and popular member of the Newmarket racing community and the sales circuit, Hawes, who was 59, was diagnosed with cancer in March.

Born in Yorkshire, he started his career with Peter Cundell in Berkshire after graduating from the Goodwood racing school. Following a stint as a jump jockey, he joined his brother Kevin in Newmarket, where he worked for Sir Michael Stoute for 13 years, during which time he looked after the G2 Cherry Hinton S. winner and 1000 Guineas third Dazzle (GB). He was also employed by Sir Henry Cecil, Michael Jarvis and Ed Dunlop.

From working in racing yards, Hawes spent some time working for Juddmonte Farms during the foaling season and as a night watchman. He was also a regular face in the sales drafts for Grove Stud and Kilminfoyle House Stud.

Along with his great passion for horses, he also enjoyed greyhound racing and was a successful owner, notably with the 2017 English Oaks winner, Wuheida.

“Dave was a really nice man who I knew for years on the sales circuit,” said Brendan Holland of Grove Stud. “We both share a passion for greyhounds passed down from our fathers and his proudest moment was when Wuheida, a bitch himself and Robin Sharp owned, won the English Oaks. They bought her from my brother Paul, who bred her. Dave was a good man, may he rest in peace.”

Michael Fitzpatrick of Kilminfoyle House Stud also paid tribute to his colleague. He said, “David worked the sales for me for 16 years and he was a kind and loyal man who will be sadly missed by all on the sales grounds. My condolences to all his family.”

Hawes's daughter Amy recalled her father's success with the first racehorse he bought. She said, “He was at the Donny sales and someone was trying to sell a filly who had been unsold in the ring. Dad bought her for £500 and kept her a secret from mum and me. He stabled her at Exeter Stables, broke her in, and rode her out every day. Her name was My Nan Nell and she won second time out at Wolverhampton. That was a very special evening and Dad was over the moon.”

My Nan Nell (Ire) was subsequently sold on to Team Valor and won another two races in America.

The funeral service for Hawes will take place on Wednesday and his friends are asked to gather near the entrance to Tattersalls on The Avenue, Newmarket at 2.30pm to say their farewells as the cortege passes.