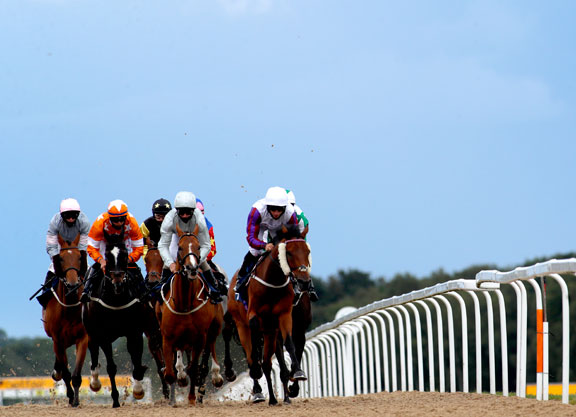 Newcastle will host the first and last meetings of the Racing League | racingfotos.com

Six meetings have been designated next summer for the Racing League, Britain's team contest that will see £1.8-million distributed in prizemoney. As part of the Racing League, 12 teams consisting of two to four trainers, three jockeys and 30 horses will compete in 36 races across the six meetings and accrue points for their finishing positions. Each race in the league will be worth £50,000. The team that has gained the most points at the end of the competition will win the league. The meetings for the Racing League will be at Newcastle on July 29, Doncaster on Aug. 5, Lingfield on Aug. 12, Royal Windsor on Aug. 19, Lingfield on Aug. 26 and Newcastle on Sept. 2.

Among those supporting the concept was jockey Martin Dwyer, who said, “The Racing League has done a great job securing fixtures at Doncaster, Lingfield Park, Newcastle and Royal Windsor. The team element of the competition really excites me and I can't wait to be part of it.”

Trainer Brian Meehan said, “At a time of extraordinary uncertainty in the sporting world, it's fantastic news for British horse racing that the Racing League is able to unveil the dates and venues for 2021. The prize money alone is great news for owners, and I'm looking forward to competing in the Racing League and hopefully being part of the winning team.”