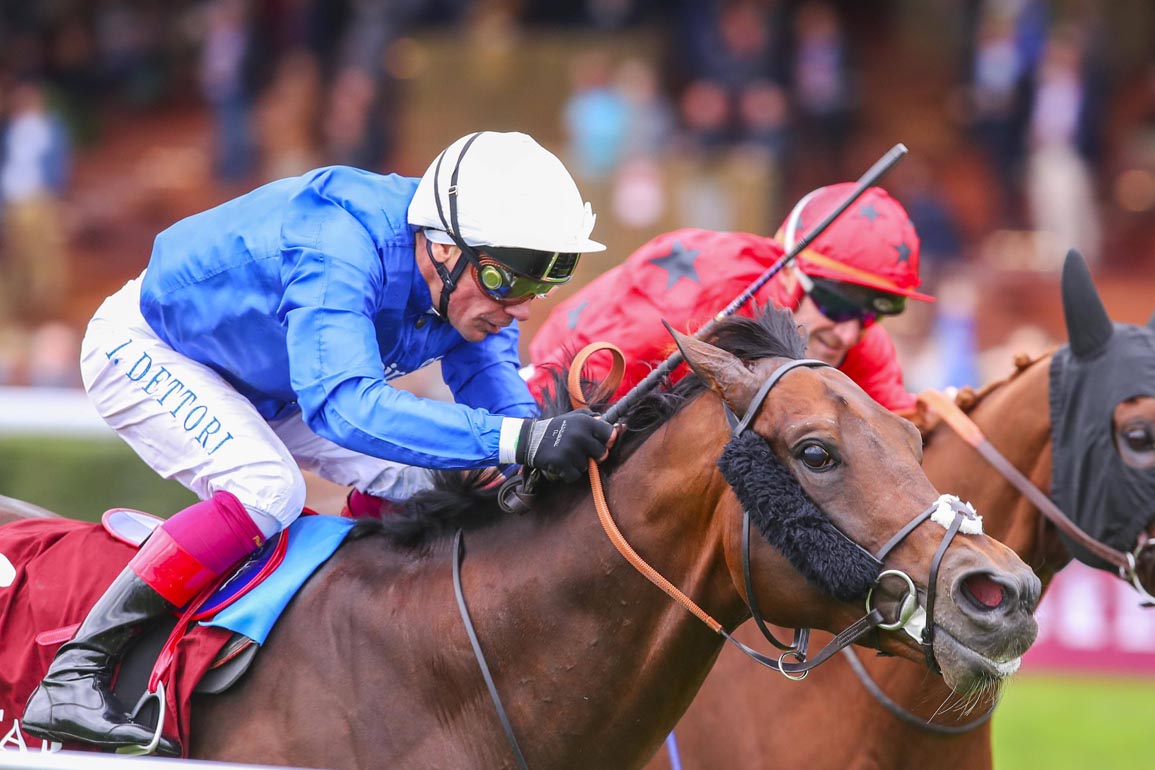 Fresh off August wins in Newbury's Listed Steventon S. and York's G3 Strensall S., Godolphin's 4-year-old colt Real World (Ire) (Dark Angel {Ire}) continued the operation's perfect start to Arc weekend and played the pantomime villain role to a tee by denying local hero The Revenant (GB) (Dubawi {Ire}) a third straight win in Saturday's G2 Qatar Prix Daniel Wildenstein at ParisLongchamp. He carried the Godolphin second colours and also usurped The Revenant at the tills, going postward as the 17-10 chalk and occupied a forward third, inching into second at halfway, as runaway G2 German 1000 Guineas heroine Novemba (Ger) (Gleneagles {Ire}) adopted her usual frontrunning tactics. Coming under pressure approaching the quarter-mile marker, he subdued that tenacious pacesetter passing the eighth pole and was ridden out in the closing stages to hold the powerful late surge of The Revenant for a career high.

“This horse has really improved a lot this year and he's shown that since he won really well [in the Royal Hunt Cup H.] at Royal Ascot,” said trainer Saeed bin Suroor. “He then did well at Newbury and York, but there was a question mark about him handling the [very soft] going because he'd never run on this type of ground before. He looks good, physically, and his future is over a mile to a mile-and-a-quarter. I'll discuss plans with Sheikh Mohammed, but we'll more than likely take him back to Dubai now.”

Francis Graffard is looking ahead to a defence of runner-up The Revenant's G1 Queen Elizabeth II S. crown later in the month and reflected, “I thought he had no chance of winning with a furlong left to go, but he then found another gear and finished very strongly. Although it is frustrating to be beaten in such a manner, he was probably a bit rusty after a long break. He should come on a lot for the run and that will set him up perfectly and, all being well, we'll head to Ascot in two weeks' time for the QEII.”