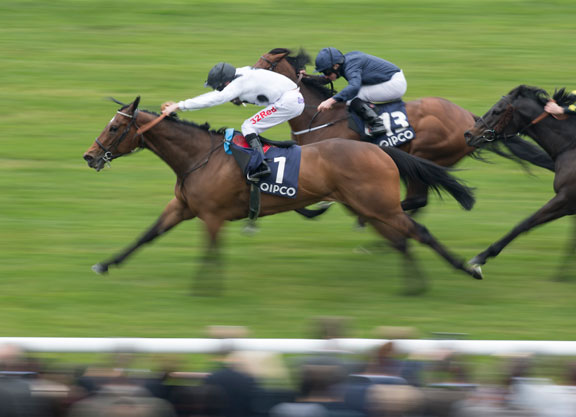 Elite Racing Club's Marlinka (GB) (Marju {Ire}), the dam of champion and MG1SW Marsha (Ire) (Acclamation {GB}), sustained an attack of colic and, although she underwent emergency surgery, she could not be saved, the club tweeted. Her Showcasing (GB) filly was also lost.

Bred and raced by the Elite Racing Club, the 12-year-old was a daughter of the Barathea (Ire) mare Baralinka (Ire). A listed winner at two in France, the bay's first foal was the G3 Coral Charge Sprint S. victor Judicial (Ire) (Iffraaj {GB}), and the outstanding sprinter Marsha was her second. Successful in the G1 Nunthorpe S. and G1 Prix de l'Abbaye, Marsha also filled the frame in a further two top-flight contests, before being knocked down to Coolmore's MV Magnier for 6,000,000gns during the Tattersalls December Mares Sale in 2017. Marsha foaled a filly by Galileo in January.