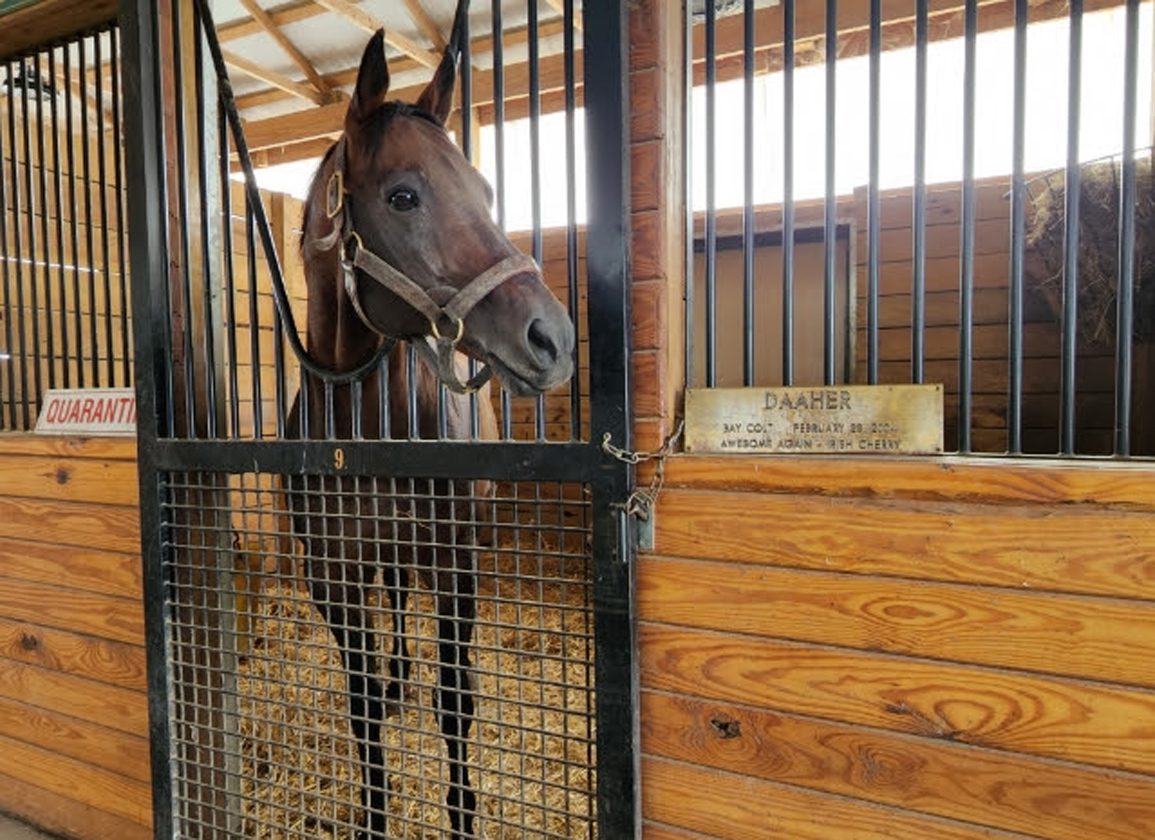 Shadwell Stable's Daaher (Awesome Again–Irish Cherry, by Irish Open) has been pensioned to Old Friends, the Thoroughbred Retirement farm in Georgetown, Kentucky. Retired from racing in 2008 following an ankle injury, the Canadian-bred was best known for his upset win over the heavily favored Midnight Lute in the 2007 GI Cigar Mile at Aqueduct. In his two seasons on the track, Daaher collected earnings of $455,163 under trainer Kiaran McLaughlin, and won both the Cigar Mile and the GII Jerome H. He retired with four wins and two thirds from nine starts.

Originally standing at Shadwell's Nashwan Stud in Lexington, Daaher was relocated to Circle H Farms, Abbeville, Louisiana in 2019 before being pensioned.

“We're grateful to Shadwell for allowing us to care for this great son of the late Adena Springs-Old Friends stallion, Hall of Famer, Awesome Again,” said Old Friends President Michael Blowen. “He accomplished so much in his brief career. I know his fans will be excited to see him.”