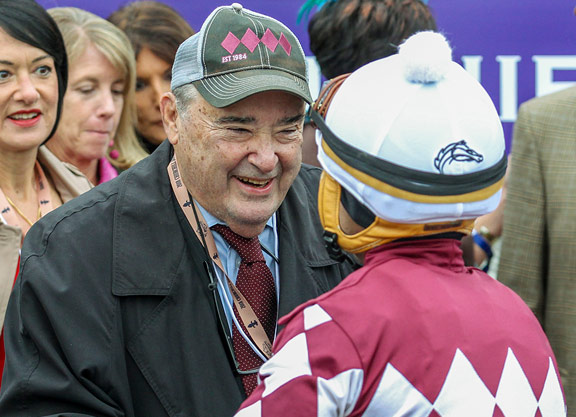 It's no secret that the horse business is a tough one if your primary goal is to make money. But your chances are better the more experience and expertise you accrue, and The Green Group's Len Green has decades of both. Wednesday, the tax, accounting and consulting firm's founder and principal of successful racing outfit D J Stable joined the TDN Writers' Room presented by Keeneland to impart his advice on turning a profit in racing, discuss what tax changes could be coming down the pike with a new presidential administration in 2021 and reminisce on some of his favorite memories in racing.

“One, you really have to learn about setting [your horse investment] up so it looks, sounds and smells like a business,” Green said when asked for his advice for new owners. “Instead of writing checks out of your own regular checking account, which has personal deductions on it, etc., set up an LLC. It gives you protection in terms of liability, but it also gives you the appearance that you're running it as a business. Two, you have to have some strategy. Three, you've got to keep on changing that strategy every couple of years.”

Elaborating on the last point, Green talked about making the eventual move from strictly racing claiming horses to the substantial owning and breeding program he now oversees, one that included champion 2-year-old filly Jaywalk (Cross Traffic) in 2018.

“You get used to a particular pattern of doing business and it really takes a shock sometimes to get you out of your comfort zone,” he said. “Our comfort zone was winning races. It was great, winning 30% of the time, but you were losing the horse because if the horse won for $25,000 our trainer would drop it down to 20. It would win at 20, but by that point, someone would claim the horse from you, and that horse may have originally cost you 100 [thousand]. His theory was, you run it where it belongs, which is correct, but that's a great pattern to lose money with. So at a certain point in time, we said, 'Hey, let's get out of this claiming game. It's too difficult to make money.'”

Elsewhere in the show, the writers reacted to an intriguing weekend of racing across the globe and, in the West Point Thoroughbreds news segment, lamented the slap-on-wrist punishments trainers continue to receive despite overall positive movement on drug issues in the sport. Click here to watch the podcast; click here for the audio-only version.