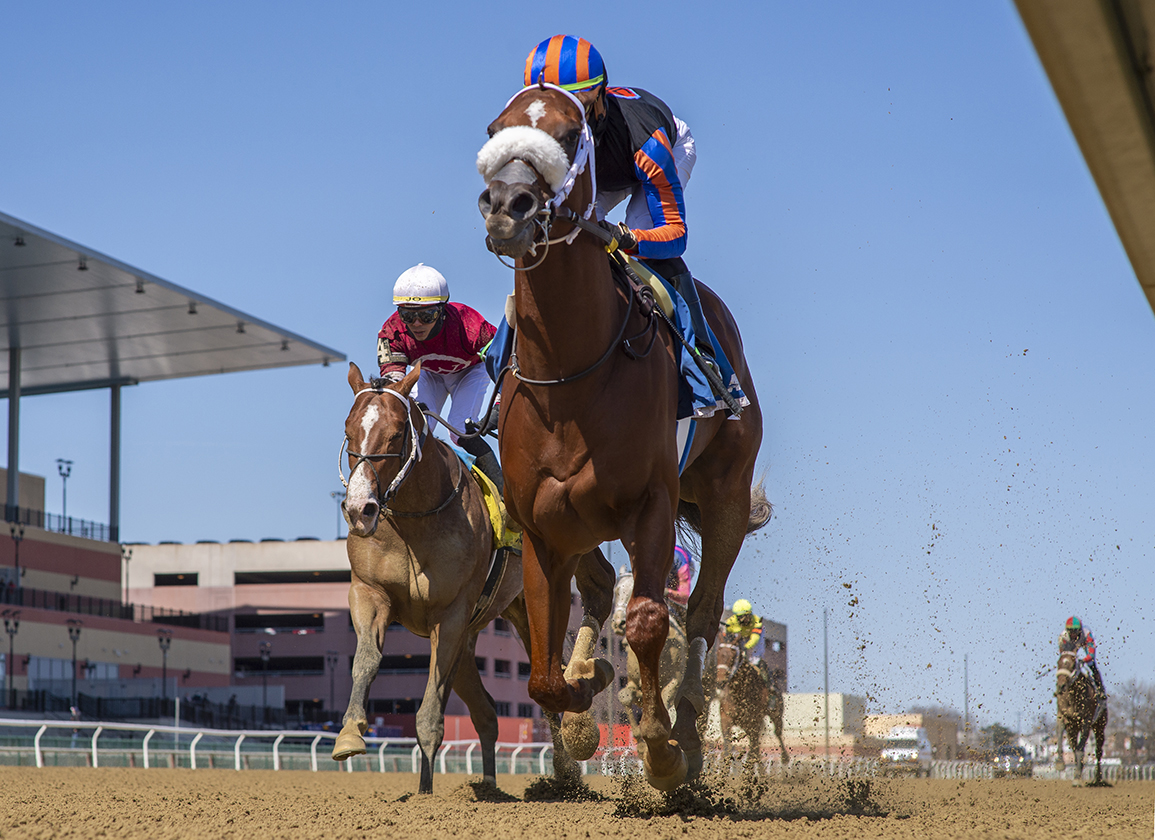 There are only six runners signed on for Saturday's GI Woody Stephens S. on the GI Belmont S. undercard, but any one of them can win. Saffie Joseph, Jr. trainee Drain the Clock (Maclean's Music) will be one of a few likely to have his eyes on the lead. A dominant winner of the Limehouse S. and GIII Swale S. at Gulfstream, he was second in the two-turn GII Fasig-Tipton Fountain of Youth S. there Feb. 27 before cutting back to annex the GIII Bay Shore S. going this distance at Aqueduct Apr. 3.

“I feel he's a better one-turn horse. Can he win two turns? Yes, against the right company,” Joseph, Jr. said. “But for him to achieve his full potential, one turn is his best distance. He's unbeaten at one turn. It's coming up a small field, but I think any one of them could win it. He'll have to run his best, but he's won most of his one-turn races quite handily and we never really let him out fully.”

Jackie's Warrior (Maclean's Music), a MGISW juvenile, is also clearly better around one bend. He was fourth in the GI Breeders' Cup Juvenile and third in the GIII Southwest S. Feb. 27, but woke up in the GII Pat Day Mile S. on the GI Kentucky Derby undercard May 1, setting a blazing :43.68 half before holding off Dream Shake (Twirling Candy) by a head. Dream Shake belied 20-1 odds to be named a 'TDN Rising Star' after an impressive off-the-pace debut score sprinting at Santa Anita Feb. 7, and he was a well-beaten third in both the GII San Felipe S. a month later and GI Runhappy Santa Anita Derby Apr. 3 before shortening up himself in the Pat Day.

While some of his rivals have already made the route to sprint move, Caddo River (Hard Spun)'s will come here. The Jan. 22 Smarty Jones S. romper faded to fifth at 6-5 in the Mar. 13 GII Rebel S., but bounced back to be second after showing the way in the GI Arkansas Derby Apr. 10. He had been under consideration for both the Kentucky Derby and GI Preakness S., but Brad Cox and owner/breeder John Ed Anthony of Shortleaf Stable ultimately decided on a shorter distance.

“We're hopeful that the cutback is the play here from the mile and an eighth,” Cox said. “He's been freshened a little bit. He's been working steady over the past month and hopefully, with a good trip, he can have a breakthrough performance and maybe pick off a Grade I. I think the shortening up will be good for him.”