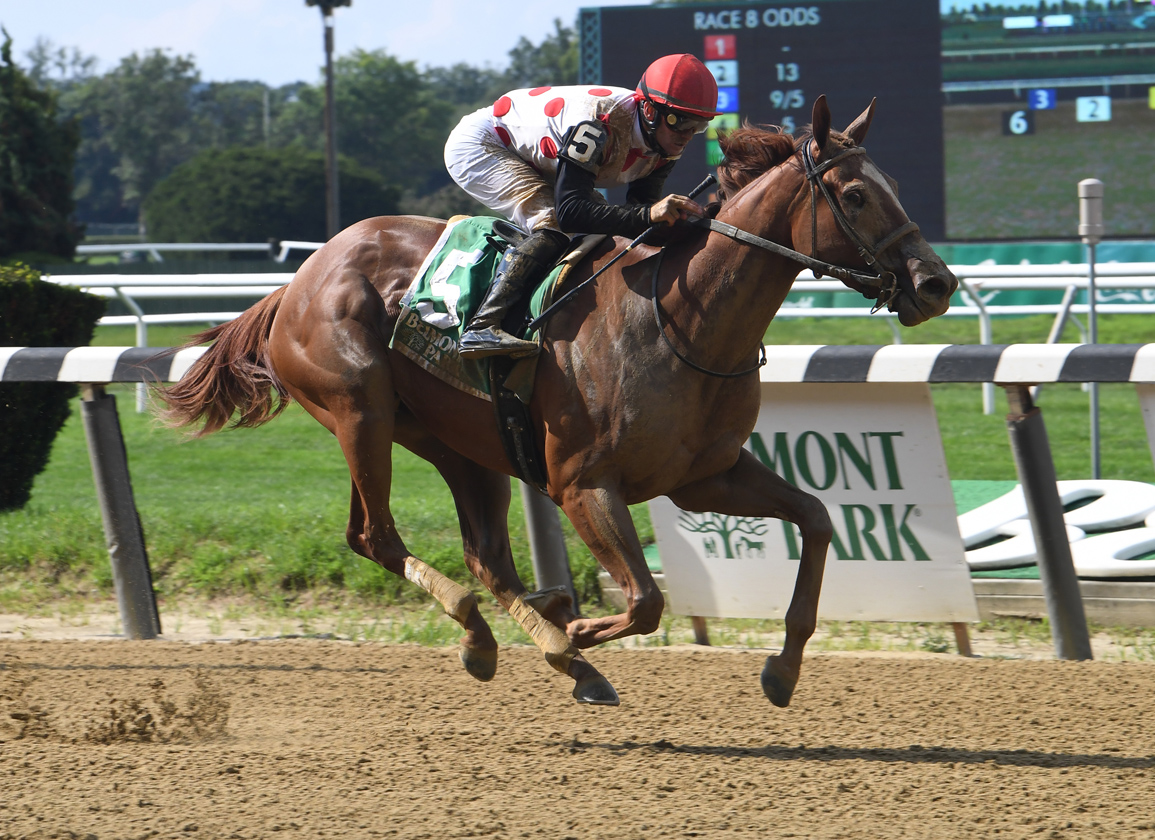 'TDN Rising Star' Souper Sensational (Curlin), a jaw-dropping winner of her first two career starts last fall at Woodbine, got back on track in a big way with a dominating performance in Saturday's GIII Victory Ride S. at Belmont.

Outfooted through fractions of :22.81 and :45.68, she was locked and loaded in fifth beneath Flavien Prat approaching the quarter pole, and exploded with a four/five-wide blitz from there to record a career high.

The chestnut went winless in four previous starts at three after capping her 2-year-old campaign with a flashy win in the Glorious Song S. Oct. 17. Second while making her first start on dirt in the Silverbulletday S. Jan. 16, Souper Sensational entered following a third-place finish in the GII Twinspires.com Fair Grounds Oaks Mar. 20 and a fourth-place finish on the turnback in the GII Eight Belles S. Apr. 30. She had fired a pair of bullets at Mark Casse's Churchill Downs base June 20 and June 26 for this.

“I have to give kudos to [fellow Casse assistant] David Carroll,” said Casse assistant Shane Tripp. “He had her the whole time, so give credit to his team. They shipped her up here a week ago. What a blessing it is, no doubt. They [winning owner Live Oak Plantation] have been a good client for Mark for a while and they're good people. We're all from Ocala so it's good to win one for Ocala.”

The previously unbeaten and favored Australasia (Sky Kingdom) trailed throughout and was eased.

Souper Sensational, a $725,000 FTSAUG graduate, becomes the 44th graded winner for the mighty Curlin. This is the 21st graded winner for broodmare sire Indian Charlie. The unraced Kateri is a daughter of Sue's Good News, a Grade III winner and the dam of GISW Tiz Miz Sue (Tiznow) and Breeders' Cup Juvenile Turf Sprint winner Bulletin (City Zip). Kateri is the dam of a 2-year-old Maclean's Music colt, a yearling full-sister to Souper Sensational and an American Pharoah filly of this year. In foal to Paynter, Kateri brought $167,000 from Newtownanner Stud at the 2016 FTKFEB sale.