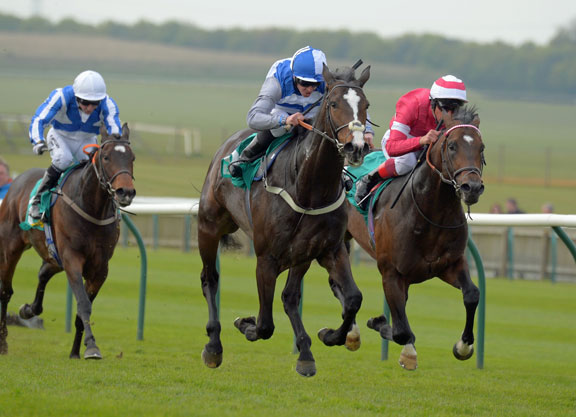 Champion jockey Jim Crowley has confirmed his availability to partner Eminent (Ire) (Frankel {GB}) in the G1 QIPCO 2000 Guineas at Newmarket next weekend. Crowley is retained rider to Sheikh Hamdan Al Maktoum but that owner's lack of a Guineas contender has paved the way for the jockey to maintain his association with the Martyn Meade trained colt who was an impressive winner of the G3 Craven S. at Newmarket Apr. 20. “I'm now definitely riding Eminent in the Guineas,” said Crowley. “Sheikh Hamdan hasn't anything to run in the race so that's left the way clear for me to ride Eminent. If Zainhom had won the Greenham, or even run a big race, then he might have run at Newmarket but the way he ran it looks as if he'll improve for a step up in trip, so will miss the Guineas,” he added. Crowley has ridden Eminent to victory in both his starts and is seeking his first win in a Classic having been runner up in an Oaks and a St Leger so far in his career.