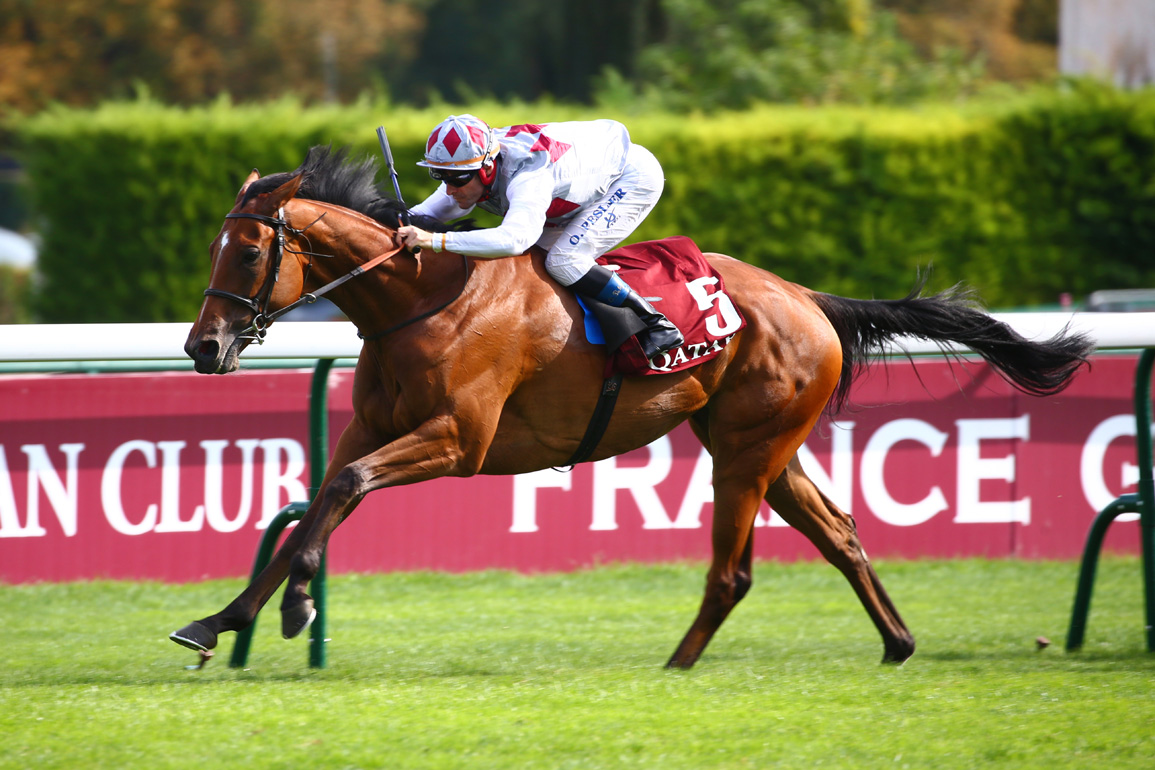 Teona (Ire) (Sea The Stars {Ire}), who upset Snowfall (Jpn) (Deep Impact {Jpn}) in the G1 Prix Vermeille in September but bypassed the G1 Prix de l'Arc de Triomphe on account of the ground, will be cross-entered in the GI Breeders' Cup Filly & Mare Turf and the GI Turf at Del Mar, said trainer Roger Varian.

“It's always been the plan to take Teona to the Breeders' Cup since we defected from the Arc,” the trainer said. “She'll be entered in the Fillies and Mares, but she'll also have an entry in the Turf. We'll make a decision later on, but she's in great form, and we're looking forward to running her in one of those races.”

Teona had managed just 10th behind Snowfall in the G1 Oaks in June, and enjoyed a summer holiday before returning to win the Listed August S. and the Vermeille.

“She seems to like the faster ground and she should certainly get that,” Varian said. “She's quite lightly-raced and has not had as hard a season as some of the horses she'll be racing against. She showed herself to be high quality in her most recent two starts, at Windsor and at Longchamp in the Vermeille, so she'll be deserving of her place in the line-up, whichever option we choose. Most likely, she'll be our only runner at the Breeders' Cup this year.”