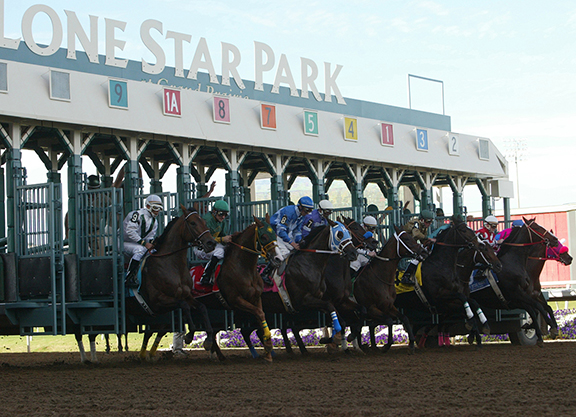 A 6,000-seat defunct minor league baseball park adjacent to Lone Star Park in Grand Prairie, Texas, is going to be retrofitted into what promoters are hoping will be the premier venue for the sport of cricket in the United States.

The city-owned stadium, which will be rebranded from its current name of AirHogs Stadium, sits about a thousand feet to the southeast of the track's main entrance. Opened at a cost of $20 million in 2008, it housed an independent minor league baseball team until the club folded this year under the burden of the COVID-19 pandemic. The terms of the cricket deal for the ballpark were described as a 15-year lease, with $10 million in renovations required to bring it up to international cricket pitch standards.

“One of the major challenges that USA Cricket officials may have is overcoming a string of underwhelming ventures in other cities,” ESPN reported, noting recently failed ventures to gain a foothold for the sport in Indianapolis and at two venues in Florida.

“We just have really great infrastructure around AirHogs Stadium,” Marathe said. “The opportunity to grow and develop…from a geography and infrastructure standpoint.”

Cricket is one of the most-viewed sports in the world, with its governing body reporting an annual audience of 1.6 billion. Although essentially off the radar of U.S. gamblers, the Cricket World Cup annually rates as one of the largest global wagering events.