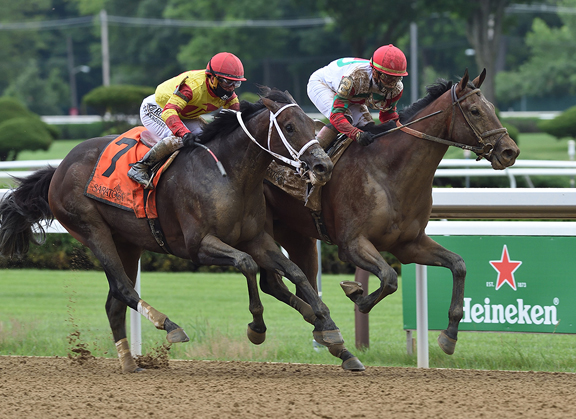 Baffert will also saddle the lightly raced Magic On Tap (Tapit), a smart optional claiming winner off a lengthy layoff in his 5-year-old debut Mar. 28.

The field of five also features 8-5 morning-line favorite Independence Hall (Constitution), who has held his own versus much tougher in his last two. He outran 27-1 odds to finish a good third in the GI Pegasus World Cup Invitational S. at Gulfstream Jan. 23, then was a close fourth in the GI Santa Anita H. Mar. 6.